Today was a day of transition. I got up knowing the day would be split, with me leaving in the early afternoon for Barcelona. This coincided with check-out time at the hotel, which was convenient. 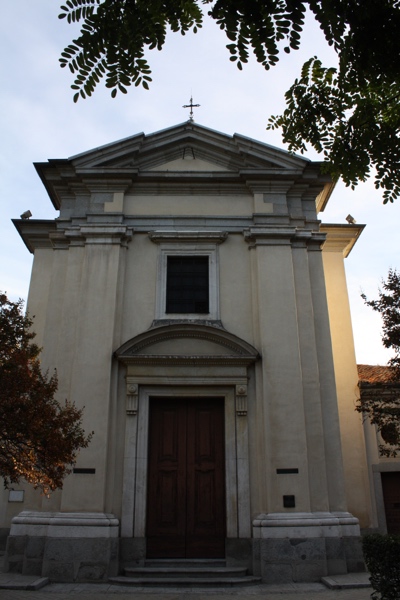 In the morning I got up and headed to the Hermitage of San Antonio de La Florida. I went there because it is supposed to have some spectacular Goya frescoes. Turns out that it does. Also turns out that I was unable to take pictures of them. More Spanish photo issues, I guess.

Afterward I headed back to the hotel, checked out, and went to the airport. The flight to Barcelona was fast and smooth, and once on the ground I took an inexpensive bus to the Plaça de Catalunya, which was less than a block from my very minimalist, very contemporary hotel. I like the hotel, but the large hands on the wall and eyeballs in the hallway are a bit disturbing. 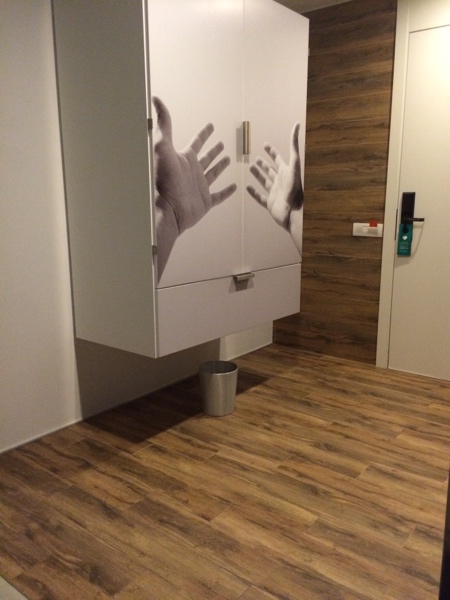 No, I’m really not kidding.  I couldn’t make this stuff up if I tried. 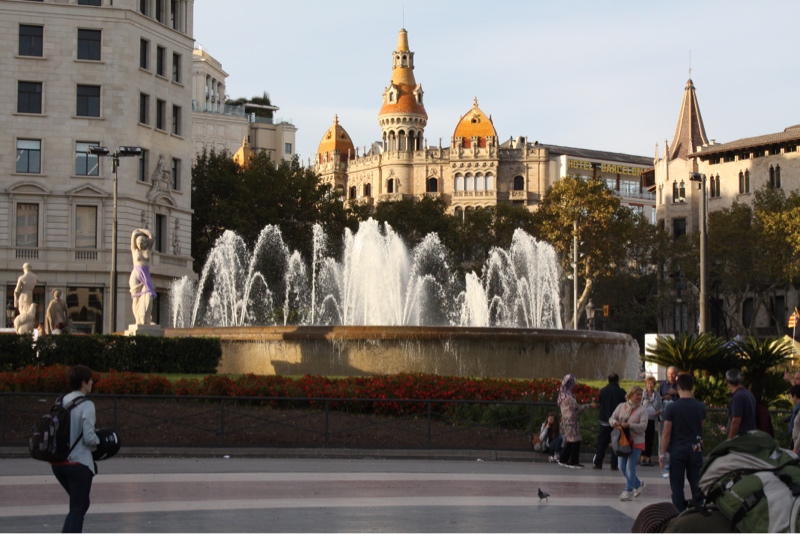 By this point it was late afternoon, and I really wasnt planning on any heavy sightseeing, so I decided to just explore. I started out at the plaça (that’s Catalán for plaza). Really a beautiful park with lovely fountains and lots of pigeons. 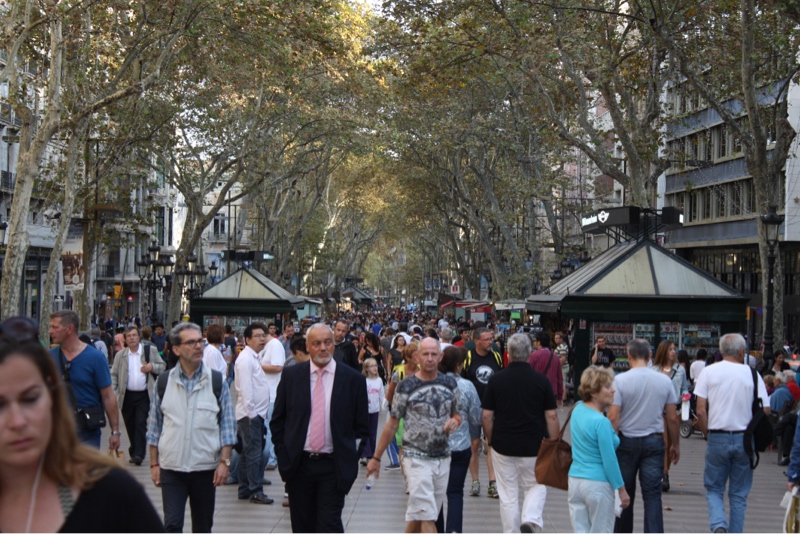 Next stop was Las Ramblas, which is a wide pedestrian boulevard that heads from the plaça to the harbor. It is teeming with people, and from what I hear, pickpockets. It’s also a street, so not so much a “stop” as a “route.” 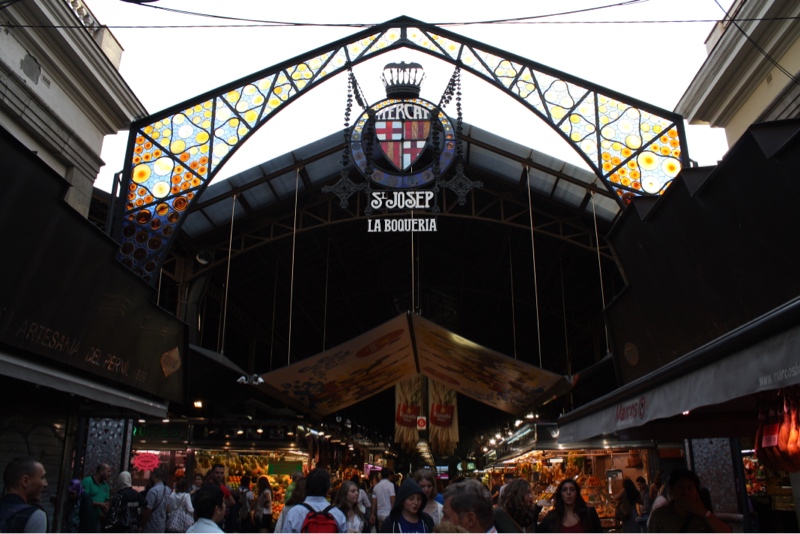 I stopped in the Boqueria market along the way. I didn’t need food, really, but love to shop the local open-air markets. While there I bought some pork on a stick (because everything is better on a stick!) and some absolutely delicious figs. 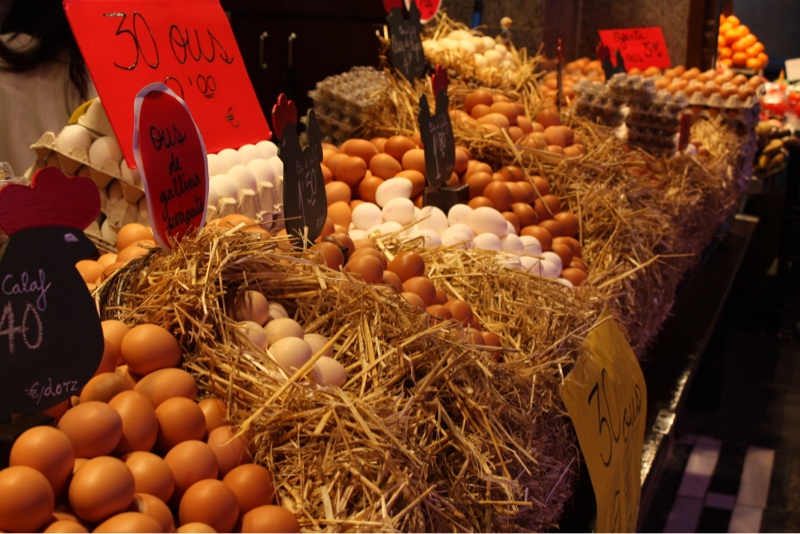 I couldn’t resist taking a picture of these beautiful eggs. 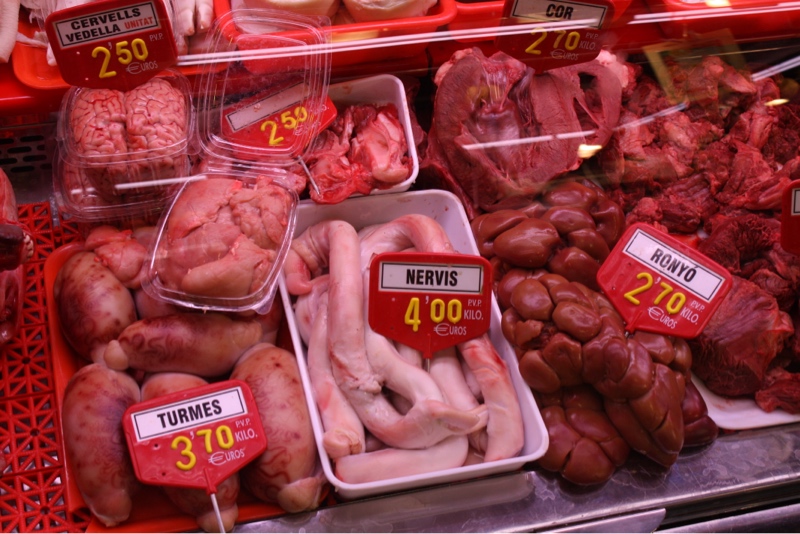 They sell everything here. Look closely at that photo. See if you can figure out what you’re looking at. Go ahead. Be brave … 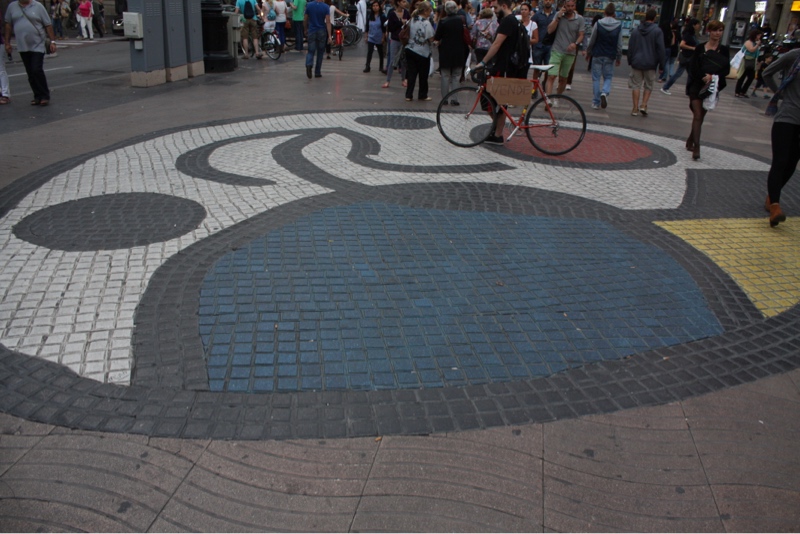 After a time, I left the market and returned to the street. I passed the Miró mosaic and continued to the harbor where I caught the last fading light of the day over the monument to Chritopher Columbus, the sailboats, and the distant hills. 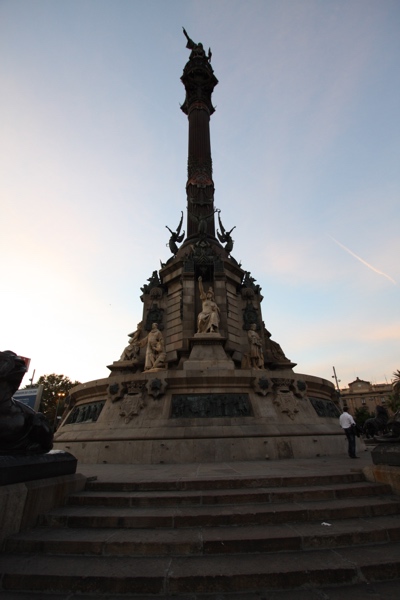 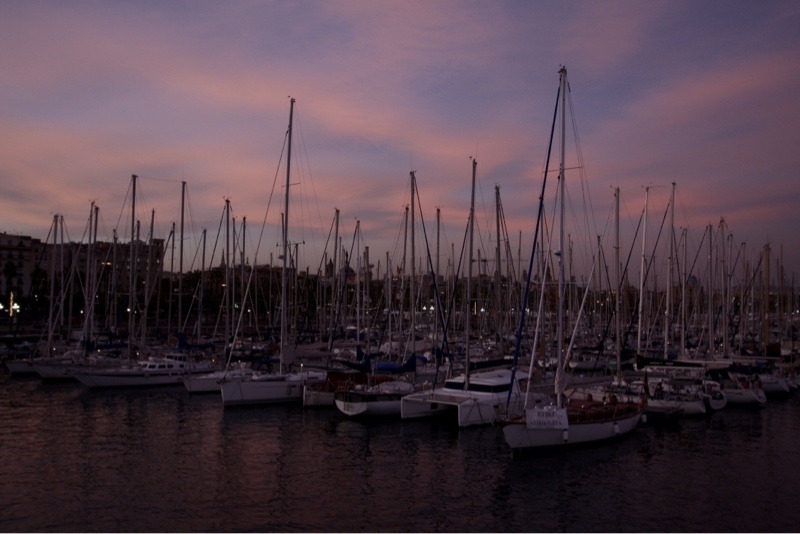 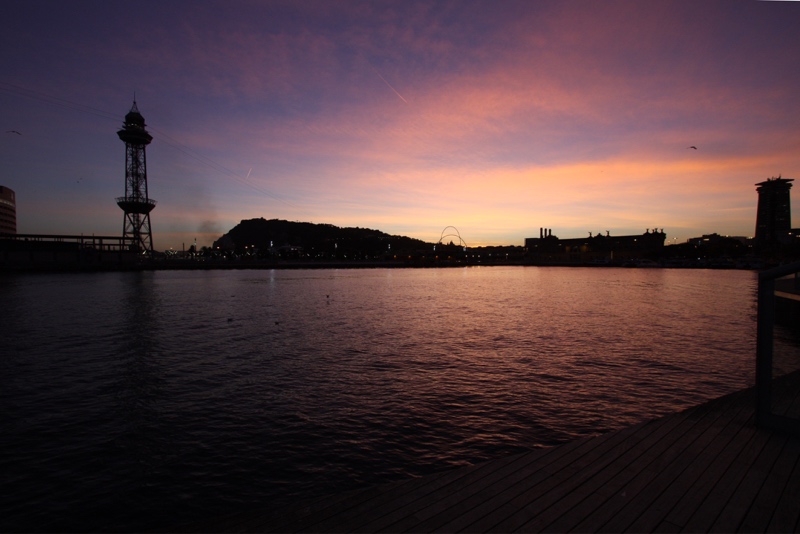 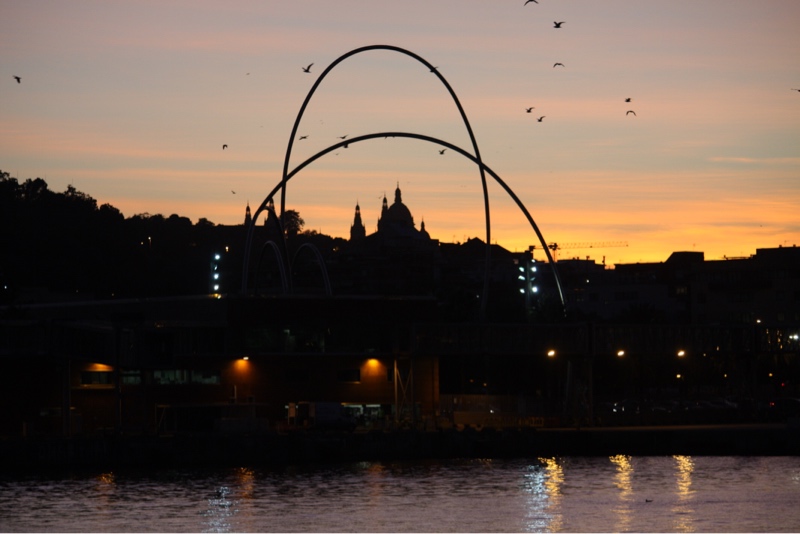 Eventually I would leave the docks and find dinner. Tomorrow is a big day. D arrives, and I can’t wait to see him. Plus, this opens up food options (despite his more restrictive food preferences) because sharing then becomes possible, and I have seen many things that I have been simply incapable of eating during this trip.