Leg update. Boy does that calf hurt when I get up in the morning. I woke up, limped to the bathroom, took some ibuprofen, and started packing. From there, I checked out, left my bags, and went to the conference. Walking definitely helps, and I can feel the leg loosen up as I use it more.

Good talks today, and when they were done I returned to my hotel, from whence I collected the bags and moved to another hotel in town.

I once again headed toward Potsdamer Platz, where they have a few pieces of the wall on display. People have plastered them over with used chewing gum. They’re rather disgusting.

I continued north, taking in the Brandenburg Gate from where the wall once stood. I missed this view two days ago, and it has a special meaning because this is where the indelible images of the wall falling came from, that November night in 1989. You can see the inlaid brick marking the wall toward the bottom of the frame above.

With that I passed through the gate, continuing beyond Pariser Platz and its American, British, French, and Russian embassies. I traced the track of two days prior, again going down Friedrichstraße, but then turning left after only a few blocks.

Yes, that’s the Ritter Sport Chocolate store. I needed chocolate. Dumbledore believes it is therapeutic and so do I. We can get these at home, but not the full array of flavors, and they’re much more expensive. I tried to get only varieties that are more difficult to come by in the US. Which still means I bought a lot. I checked out and promptly ate a few pieces. Emotionally, this put me in a much better place than I was 2 days ago.

And with that I was off, heading further East. I passed this … 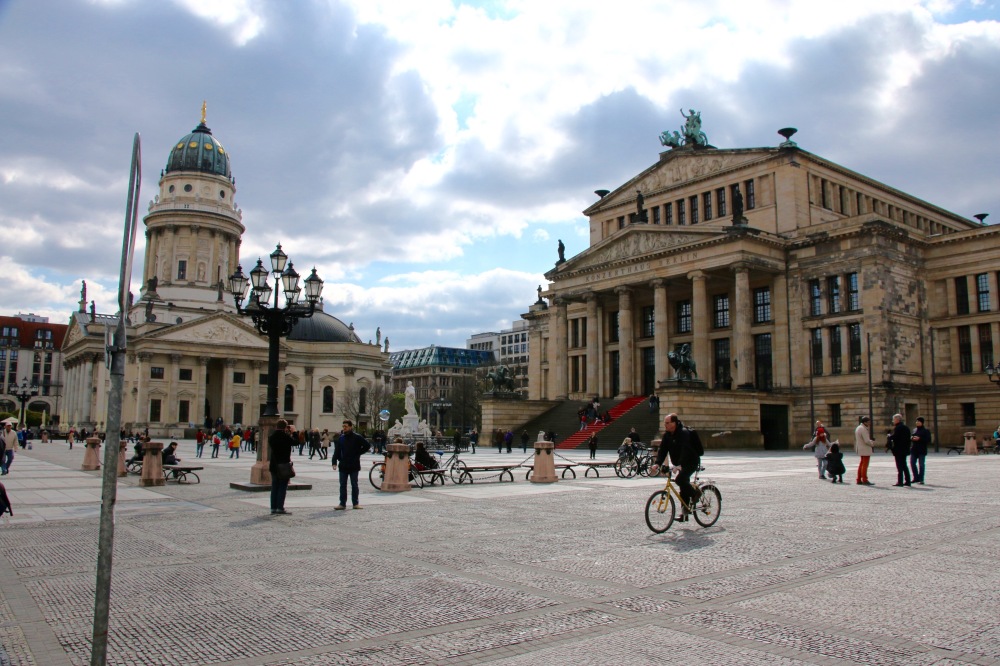 These are all fantastically beautiful. There was beauty here before the country decided to plunge the world into two horrific wars and wantonly murder 11 million people. 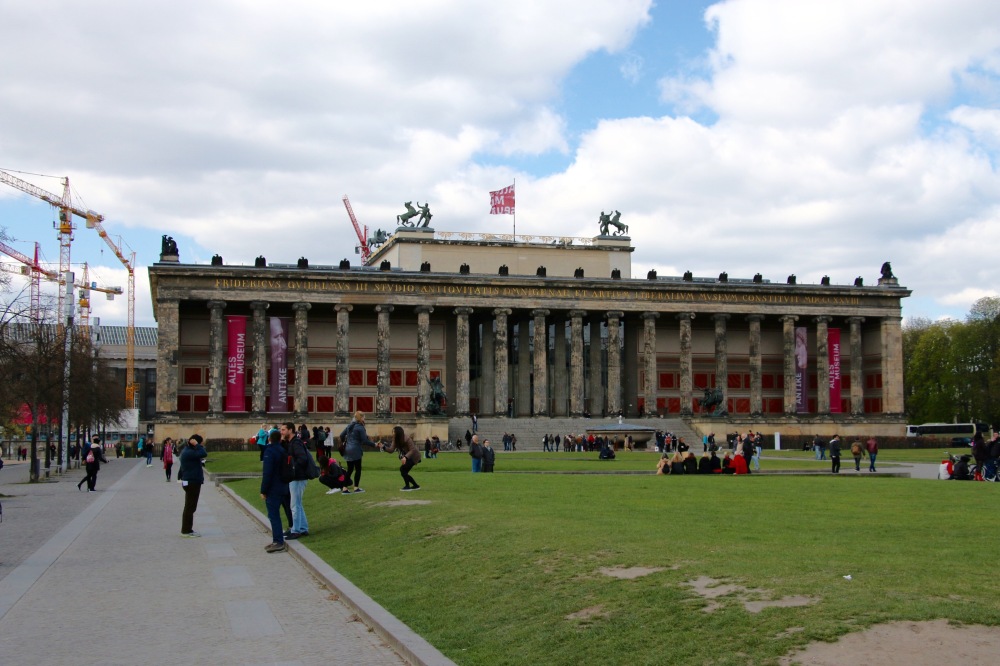 That’s the Altes Museum, which houses antiquities. What I really want to see is the Pergamon, in the Pergamonmuseum, located somewhere behind this museum. I was told the museum was under renovation so didn’t try. Apparently that was a misunderstanding, and the museum is open but the Pergamon room is inaccessible.

I continued, passing this church.

Next stop the DDR museum. It is a popular place, with a window into life in East Germany. I pay for my admission and look at these fabulous lights from the Palast der Republik, where the DDR parliament met. That building, contaminated with gobs of asbestos, has since been destroyed.

They have a Trabant on display, as well as this scooter.

These are some of the household goods … if you could get them. They spend a lot of time talking about shortages. 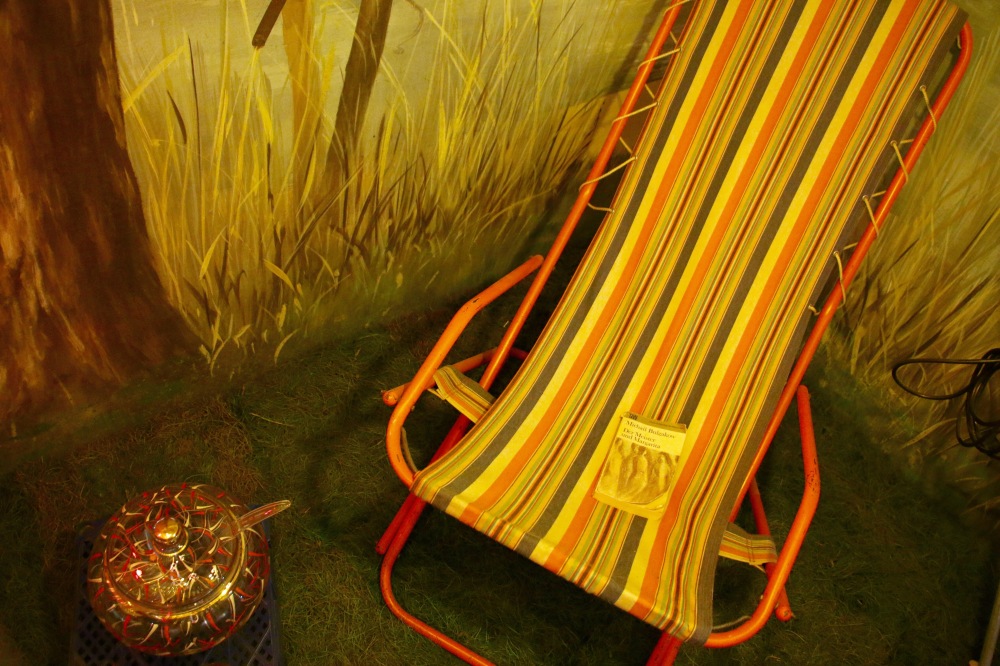 This camping gear is fabulous. 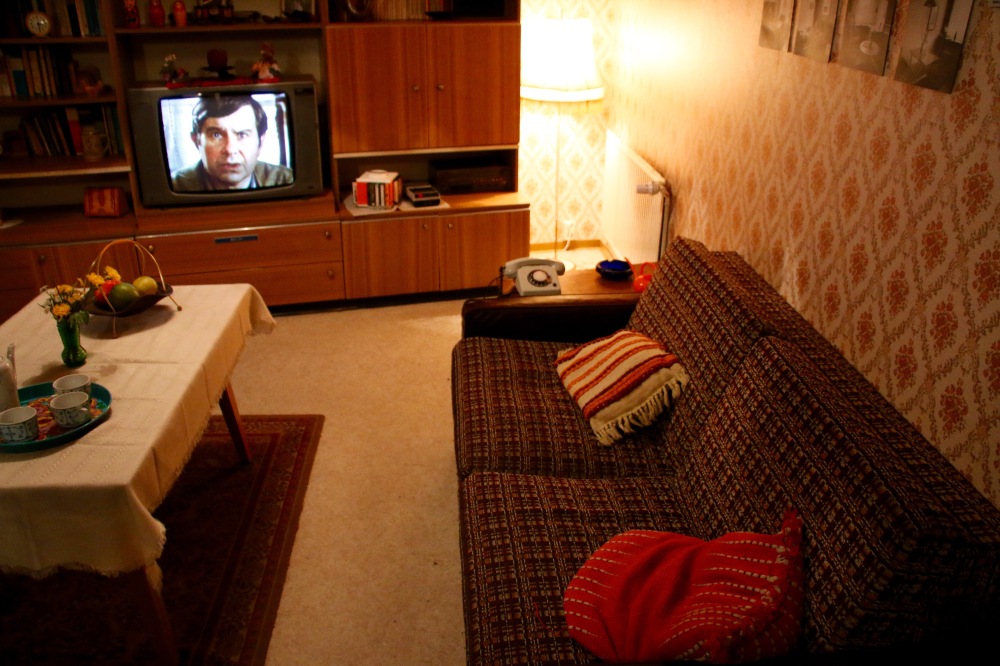 And I love this family room, done up in beautiful earthtones.

The museum is sadly boring. There is a lot of reading, and items viewed in isolation. It isn’t nearly as immersive as I would like. A severe German woman in army boots should be yelling at us as we walk in. Alas.

I leave the museum, continuing further East. This antenna tower dominates the Berlin skyline, and I finally reach its base. It is somehow fitting that this structure, created in the grey days of the DDR, is a symbol of the unified city, that is dominated overall by the more prosperous West. 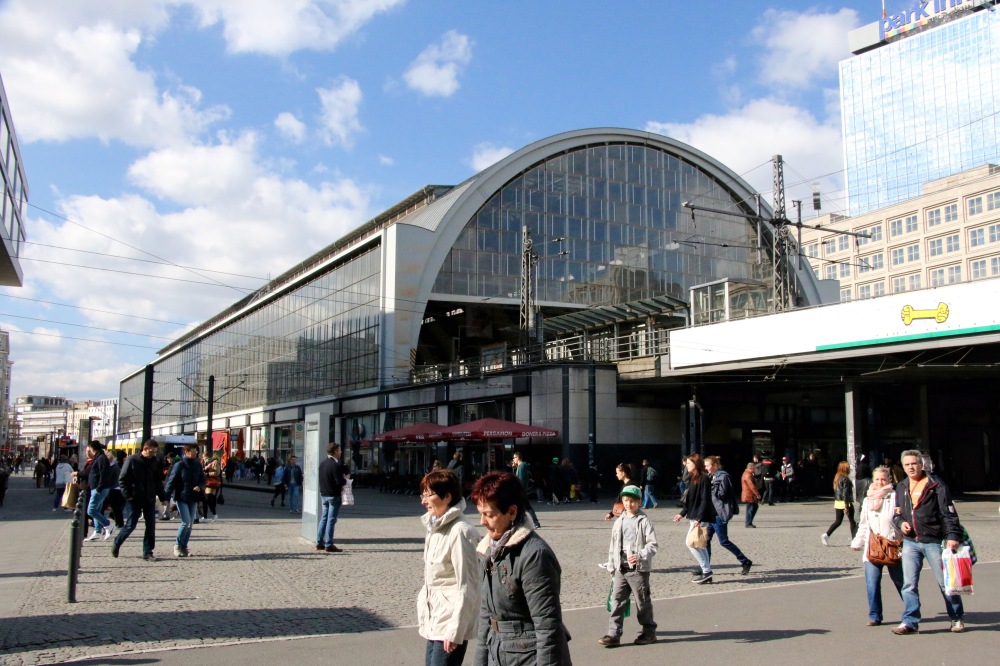 And there is the station at Alexanderplatz. There I catch the s-Bahn (elevated railway) to the west side of town, where I do some shopping.

I return to the hotel, and wait for D to arrive. We get him parked and go out for a late dinner. We ended up at a small pub just around the corner. The proprietor didn’t speak a word of English, but we managed to communicate well enough. We both had pork schnitzel with potatoes, pickle, and coleslaw. The schnitzel was light yet hearty, and the potatoes were indescribably good.