We woke this morning and checked out of our hotel. Our train wouldn’t be leaving for a few hours, so we we used the spare time to visit the old imperial palace.

The Japanese Imperial Palace was located at this site from the 12th century until 1869 when the capital was moved to Tokyo. Over that time, the structure was rebuilt 6 times after being destroyed by fires. The current buildings were constructed in 1855.

I’m honestly not clear what all the buildings were for. I read the signs at the time but have already forgotten. In a sense those details aren’t so important, although that does resemble the Eye of Sauron.

This, I know, is the throne room, and it is where emperors continued to be enthroned into the 20th century. The current emperor, Akihito, was the first to be enthroned in Tokyo, when the enthronement ritual took place in 1990 (Hirohito passed away in 1989).

The grounds are beautiful, with stunning gardens.

There is a stereotype that the Japanese maintain beautiful parks and gardens. I can’t speak to the generalization, but we have seen many lovely refuges here. 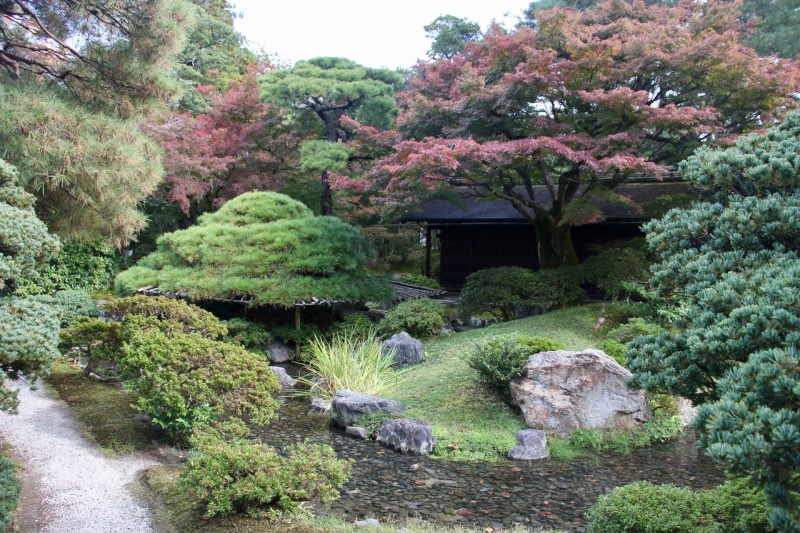 And that is a wrap on our time in Kyoto. We returned to the train station, ate a quick lunch, and boarded the shinkansen for Mishima, a nondescript stop on the ride from Tokyo to Kyoto. We disembarked here, because our next night would take us far afield, to a traditional Japanese inn, a ryokan.

A statement on navigation software. I have an iPhone and generally prefer Apple Maps. Even when traveling internationally, it has been my primary navigation software for a while. Google Maps has been a backup when Apple fails, but frankly I have had both let me down at times. Apple only recently added public transportation data, and in fact only added in Japan just prior to this trip.

If you had told me that only one of my primary navigation apps was going to be able to get me onto a secondary train line and then a local bus so that I could journey deep into the Izu peninsula of Japan, I would have guessed Google. And I would have guessed wrong. So kudos to Apple Maps for getting us where we were going. 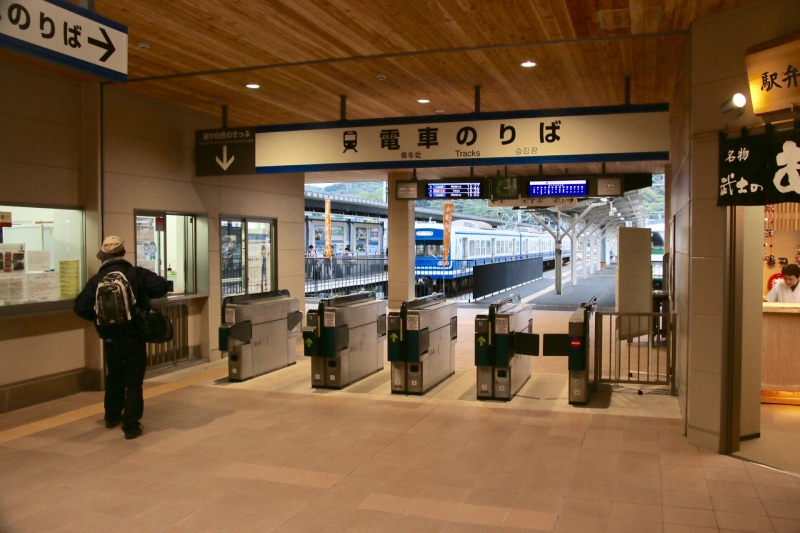 So we boarded a small regional train at Mishima, and took it to it’s end in Shuzenji. This is the train station. 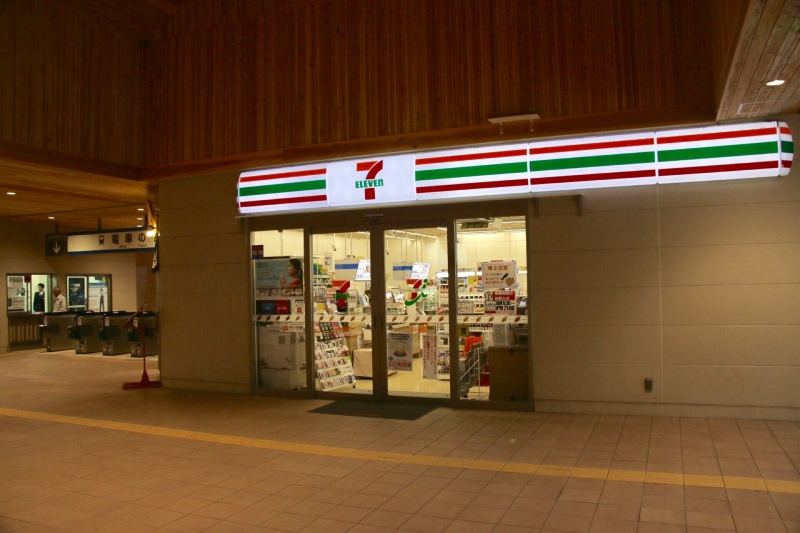 We waited for about 30 minutes for our bus to arrive.

It carried us deep into the Japanese countryside, where we were surrounded by verdant mountains and valleys on all sides.

The bus became very crowded for a while, when schoolchildren came onboard. P and I felt very awkward with our gigantic suitcases (which really aren’t particularly large) in the back of that bus. On and on we went, doubling back at times, and eventually we got off here, where a steel bridge crossed a river and a waterfall could be heard in the distance.

This was like a voyage back in time. Remember watching MASH, when Hawkeye and Honeycutt would go to Tokyo and dress in Japanese robes? That robe is called a Yukata, and upon arrival at the ryokan we removed our shoes and donned our Yukatas, which we would wear for the next day.

We had a traditional Japanese dinner there. I think it is called a Kaiseki.  The theme of this meal was wasabi, and we had a piece of fresh wasabi to grate on everything. I don’t know that I’ve ever had real wasabi like this before. Everything else has either been reconstituted or come out of a tube, and none of those really can stack up to the depth of flavor and nuance of the real thing. The heat comes later, after the flavor. It is remarkable. 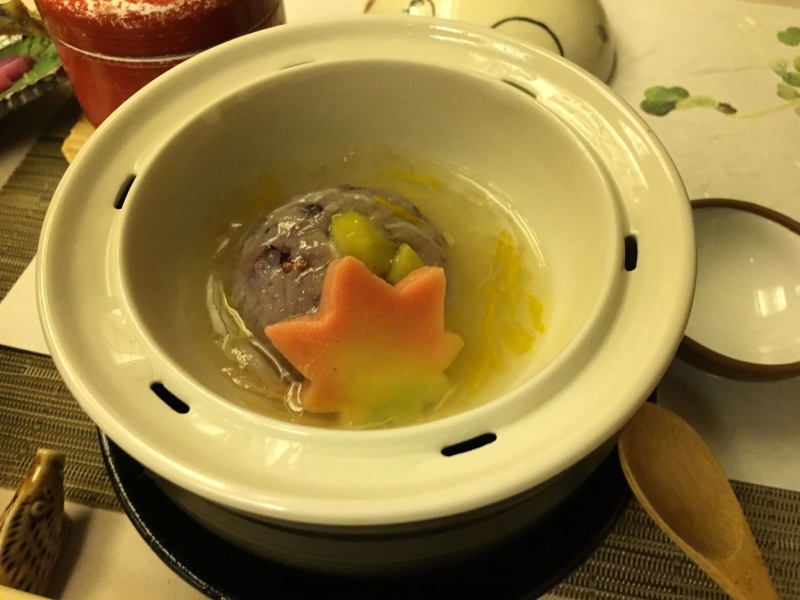 We couldn’t quite figure out what some things were. Such as this fishy tasting ball of rice (I think).

And we didn’t quite know how to eat some things, such as this fish on a stick. The waitress, a slight Japanese woman who spoke little English but made up for it with a copious phlegmatic smoker’s laugh, seemed to indicate that we should eat it like corn on a cob, but that just ended with me enjoying a mouthful of bones.

After dinner we relaxed in the onsen (spa), which was carved out of a single massive boulder. Then we returned to our rooms to sleep. The bed itself was surprisingly comfortable, but the pillow is a throwback to the Swissotel in Dresden. You guessed it – it seems to be packed tight with pea gravel.