We got up today, found a cafe for breakfast and headed to the Van Gogh Museum. We arrived there 20 minutes early and were still way back in line. The docents open the door and we all plodded forward to the window, and then the most miraculous thing occurred. They split the line to open another window and we were at the front! So, happily, we were among the first 20 people in the museum today. yay!

If you hadn’t guessed, this museum is spectacular! I know it won’t surprise you to know that the collection of works by van Gogh is just outstanding, but they have a few breathtaking works by Monet and Pissarro!

Usually when you go to a museum, if you are lucky, you see one or two to really nice works by van Gogh. But here they have a whole floor dedicated to van Gogh, and that’s not all, since they have a number displayed alongside his contemporaries. It’s just astounding to go from piece to piece the piece and say “wow that’s just incredible.”

After the van Gogh exhibit, we decided to go lowbrow again. Not quite as lowbrow as Heineken, but there was alcohol involved. Directly across the street from the Van Gogh Museum is the House of Bols. Yes the same people who make triple sec, Curaçao, and other liqueurs. In this case I wasn’t drawn by the things that I can get home, but rather by the Genever Gin, which I have read about but haven’t had the opportunity to try.

It’s still basically a big advertisement, but you get to explore the ingredients and flavors more extensively than we had the prior day, although the process is less explained. At the end they make you a cocktail of your choice using their liqueurs and allow you to taste some of them as well. I had The Improved Holland Gin Cocktail and mom had the Original Collins. Both were outstanding. And we tasted some Bols Flavors unavailable in the US, particularly enjoying the yogurt flavor (yup, you read that right)

After this, we bought a few bottles and went to Momo for lunch. It is listed in the Michelin guide. They do an Asian fusion lunch, and I had a bento box. The was a crispy duck roll that was really good, as well as scallops and fish. Everything was very well prepared and very good, albeit not particularly innovative.

Until now, I have always had great luck with Michelin recommendations. They restaurants have always impressed me in some way. This is true even for restaurants that are listed but don’t have “stars.” This restaurant was very good but not at the level of other such restaurants I’ve frequented, although this was lunch rather than dinner, and that may explain the disconnect.

Lunch was followed by a boat ride through the canals, which was pleasant. The captain didn’t follow the charted route, and was a bit odd. Further, he was obsessed with 70’s music (fortunately not disco). Somebody should tell him that Wreck of the Edmund Fitzgerald isn’t a great choice to play on a boat (and I don’t think he was going for irony)

After this we strolled through downtown Amsterdam browsing through the stores on our way to dinner.

Ah … Another anticipated Michelin recommendation. But this one was disappointing. The starters were nice (beef tartare and zucchini cannelloni) and promised a good meal. 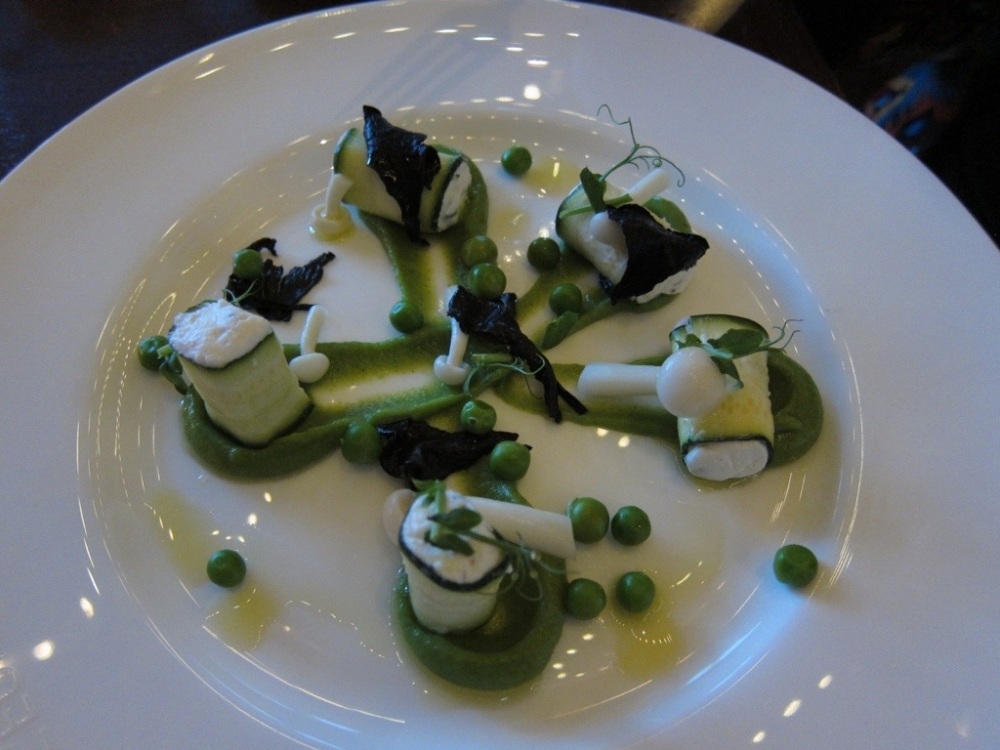 Then it all went wrong. Moms tournedos of beef were dry and a bit strange with an overwhelming soy flavor, and my bouillabaisse was a disaster. The fish was good and the base was tasty, but the potatoes were undercooked, the shrimp were overcooked, and the cockles were sandy. Such high expectations, dashed! *sigh*

Michelin, you have misled me. You are as unreliable as TripAdvisor.

Perhaps Yelp! will be my savior?