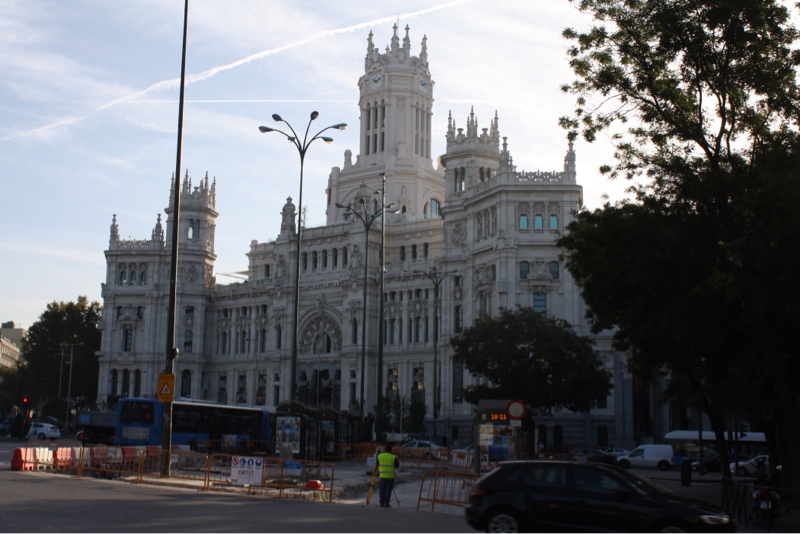 One of the things that strikes me about Madrid is its relative youth. While the area has been settled since prehistoric times, it remained small until the royal court, and therefore the Spanish capital, was moved here in 1561. Only after ~1600 did it really start to grow. What that means is that, for all practical purposes, it isn’t much older than New York. Consequently it feels fresher than any European city I have visited, and it certainly feels much younger than anything in Italy. The streets are wider and the buildings are newer. And it is spotless – this city is remarkably clean. It’s very impressive.

Madrid is a city in its own right – not a place of tourists, although there are a few of us. As compared to Florence and Venice, which might become shadows if the tourists disappears (albeit rapturous shadows) this city would continue without missing a beat. Perhaps that comparison is unfair – this is the third largest city in Europe, after all – but you get the idea.

This morning I started at the third large museum in the triumvirate. Yes there are more than three museums here, but these are the biggest. The rest may have to wait for another visit.

This is the Thyssen-Bornemisza Museum. It is smaller than the other two, which makes it easier to handle. It starts at the 13th century and works its way forward to the 20th century. Neither of the other two museums from yesterday covered such a diverse set of works.

Visiting this museum draws one’s attention to the holes in the Prado collection: nothing modern …but we knew that. Also nothing beyond about ~1800 (plenty here) and nothing outside of Europe. This museum has a few rooms dedicated to North America (which apparently includes Chile!?).

Sadly some of the pieces I most wanted to see were unavailable but it was still a fantastic way to pass the morning. But I was interested to see this small Bernini sculpture of St. Sebastian. I notice that the leaves aren’t as delicate as those on Appolo and Daphne in Rome – this predates the Roman piece by about 5 years. 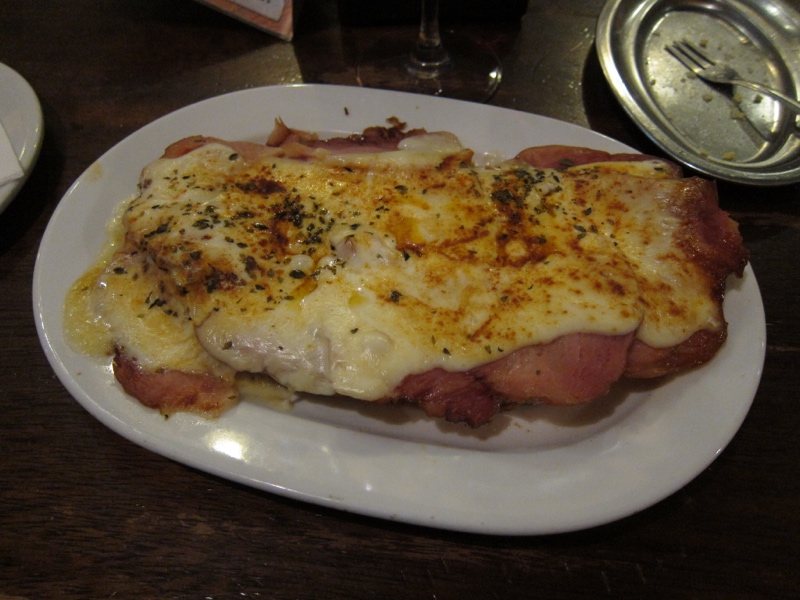 Lunch involved a Rioja and tapas. A complementary tortilla and this little beast of an open faced ham and cheese sandwich with tomato. It was great! 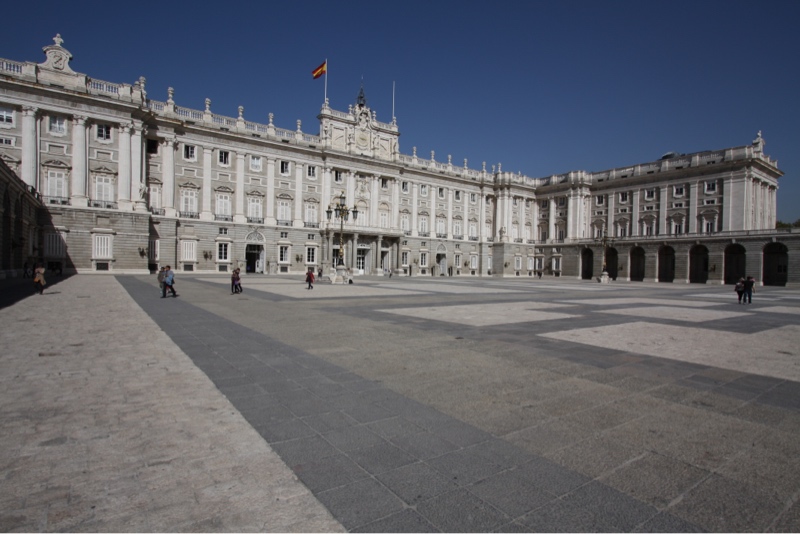 During the afternoon I visited the royal palace (Palazzo Real). The armory was impressive as was the palace itself. I didn’t see any royal restrooms though. Also, they wouldn’t let us take photos of most of the palace – the Spanish are much more restrictive when it comes to photography than other places I have been.

They did let me take this picture of the royal staircase. 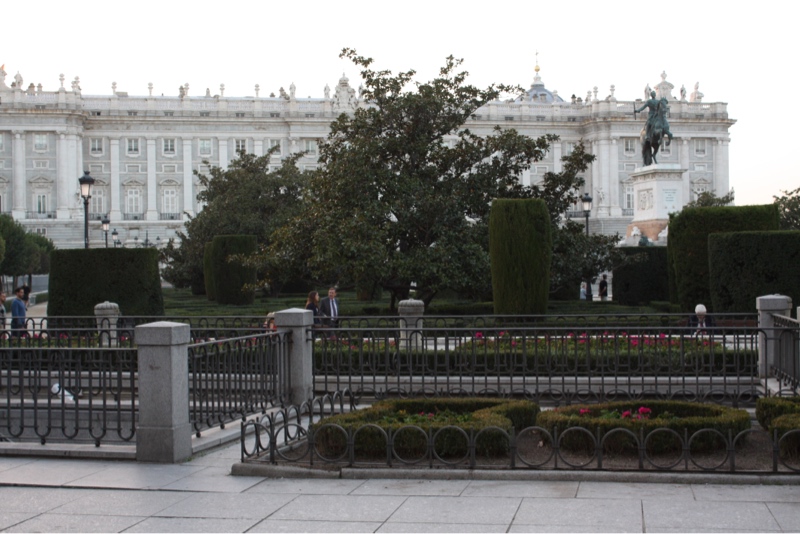 I spent the late afternoon sitting at a cafe just taking in the view. In this case, the view was of the Palazzo Real.

After that was an evening stroll and shopping through the streets of Madrid and decadent dinner including leeks and duck confit, pork tenderloin with caramelized onions, and a dessert of apples with toffee. It was a singularly wonderful evening. I finished dinner and left the restaurant shortly after midnight, when other diners were just starting. This city just keeps going …

Tomorrow I leave for Barcelona. Three days here has not been enough, however, as I am only just now settling in and learning the area. Perhaps I will come back someday? One can certainly hope.