I’m a merciless travel companion, and it’s time I admit it. I want to keep going even when exhaustion sets in. So much to see, yet so little time…

We arrived early in Rome this morning, when the eastern sky as yet bore only the barest blush of the unrisen sun. We had our first cappuccini of the trip, and then boarded the flight from Rome to Bologna.

On this flight, D and I had an empty seat between us, and the stranger sitting there wouldn’t pause for me to move before he climbed bodily over my seat to get to his. Seriously, this was a guy with personal space issues. At the end of the flight, as we all stood in the aisle, packed shoulder to shoulder, waiting to disembark, he tried to push himself into the mob to get to his bag that was in the overhead bin two rows back. It just wasn’t going to happen and many of us glared at him until *ahem* one person finally had had enough and told him he would just have to wait.

At the rental car counter in Bologna, our record couldn’t be located, so rather than an Alfa Romeo Giulietta, we ended up in a Fiat 500. Not what we were hoping for, but it was all they had. So we went to the garage, composed of what appeared to be sticks and twigs, and collected it.

Having slept fitfully on the plane, we had basically been awake for nearly 24 hours, but we still had hours until check-in time at the hotel, so we decided to head to Ravenna. Yes I’ve been there before, but D hasn’t and there is one church that I missed last time. Plus, Ravenna can be a quick way to spend the afternoon.

Thus, after setting the car to “English,” we headed out and quickly found ourselves speeding away on the autostrada. It was then that we noticed the beeping *beep beep beep* that the car kept making. We couldn’t figure it out.

I tried to read the owners manual, but it was written in Italian, and I didn’t have any idea where to look. There wasn’t a place to research the meaning of random beeps.

The beep was inconsistent, sometimes faster, sometimes nonexistent. And there were no warning lights whatsoever. I thought it was related to a fuel economy system that critiques the driver. Deciding that I didn’t care about fuel economy, I turned it off, but nothing.

Finally, we noticed that at lower speeds the beep seemed to disappear. It was a speed warning.

Oh, That would have to go.

I searched through the navigation system but found nothing. No way to disable it at all.

And then, using an obscure button on the dashboard, we found the controls for the trip computer. We found the setting for “speed beep,” but it was off already?! We tried turning it off again, but it wouldn’t stop. What would turning it on do?

“On” appeared to be the solution. Speed Beep On, set to 200 km/h. That’s 124 mph. We wouldn’t drive that fast. D and I discussed Italian speed limits, but mostly we are just keeping up with traffic. 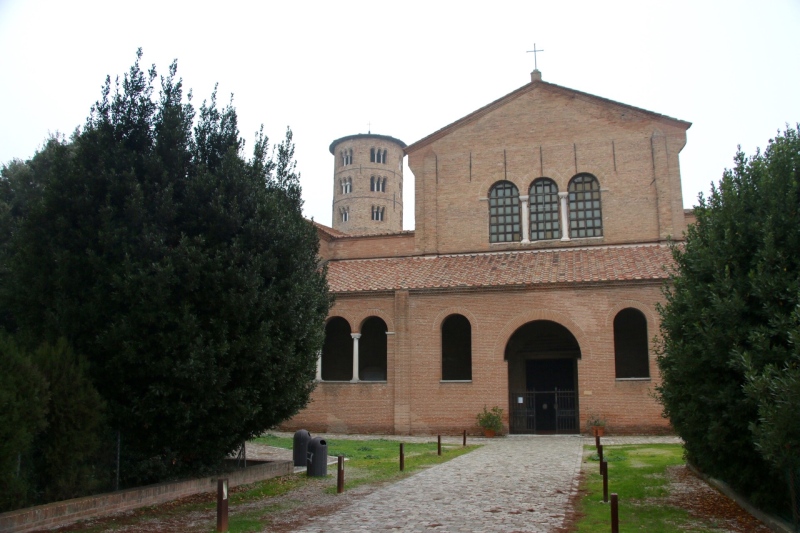 Our attention back on the road, we finally arrived at Sant’Apollinare in Classe. This church dates back to the 6th century, and, like other places I previously visited in Ravenna, has spectacular mosaics. 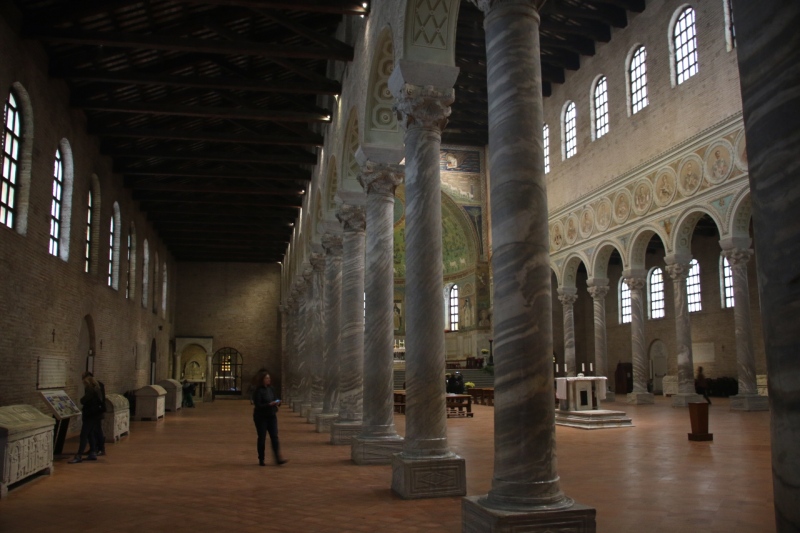 Walking in, we were met by the soporific scent of incense perfuming the air. For centuries, people have worshipped here, and their voices whisper to us through the ages. This is a holy place. 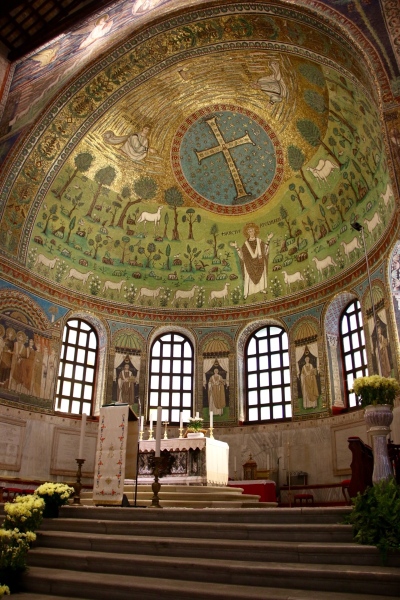 The apse is spectacular, with depictions of the cross in the center, and Moses and Elias on either side. When the Byzantine artists came here 1500 years ago, did they have any idea, as they carefully laid one tile next to another, capturing depth and light, that they were working for the ages? I can barely even wrap my mind around the notion.

The nave was lined with the faces of ancient saints, each unique, gazing down upon us. We sat for a time in the cathedral absorbing the energy of the place, until the road called us onward to Ravenna. I have seen these places before and won’t bore you with the details. You can see plenty of photos in my prior post, here. We were fading rapidly now, and so moved through the town with purpose, taking in the numerous mosaics here. Such excellence, combined with exhaustion, inevitably leads to a cursory approach of, “yup, nice mosaic. Next?!”

On the road back to Bologna, the beeping had returned. Our settings hadn’t been lost, but were now being ignored. This was frustrating, but as the car was ignoring us, we also learned to ignore the beep. 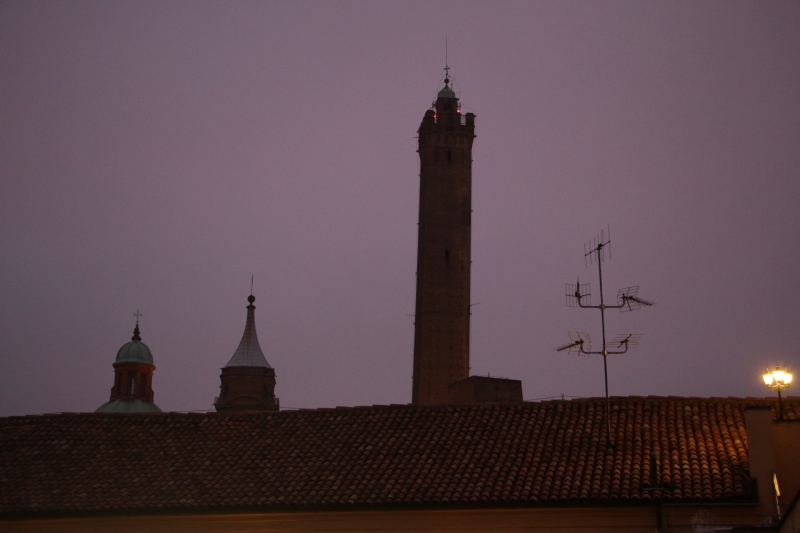 Exiting the autostrada, we were on surface streets, navigating into the restricted zone where our hotel was located. Zigging and zagging along narrow one-way streets, the towers came into view, and we were at our destination.

At the hotel we took one last crack at the Speed Beep. When the car isn’t moving, we have different options, and have decided on another solution. We have set the volume to 0. If we can’t turn off one alarm, we will silence all of them. This seems the most direct approach 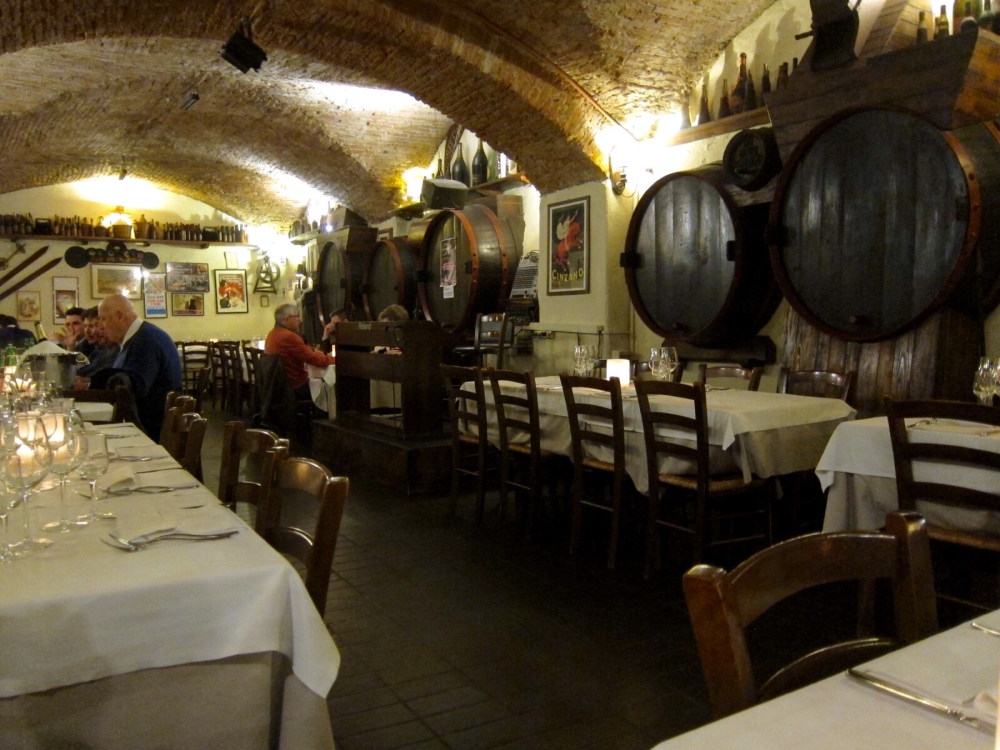 A brief nap and then dinner at Osteria dei Poeti for a traditional Bolognese meal, breathtaking in its delicacy and quality of flavors.