Arrival in Japan was easy. We passed quickly through customs and immigration, where we were fingerprinted and photographed, and found an ATM.

Money is potentially a concern here. All of the guidebooks state that credit cards aren’t widely accepted, and most Japanese ATM’s don’t accept foreign cards. The exceptions are Seven Eleven, the post office, and CitiBank (if you can find it). There was a 7/11 ATM right in the airport, so we collected our yen and then purchased subway cards. They cost 500 yen, and came preloaded with 3500 yen.  The quick and dirty conversion is that in the end we dropped $40 each for those cards. 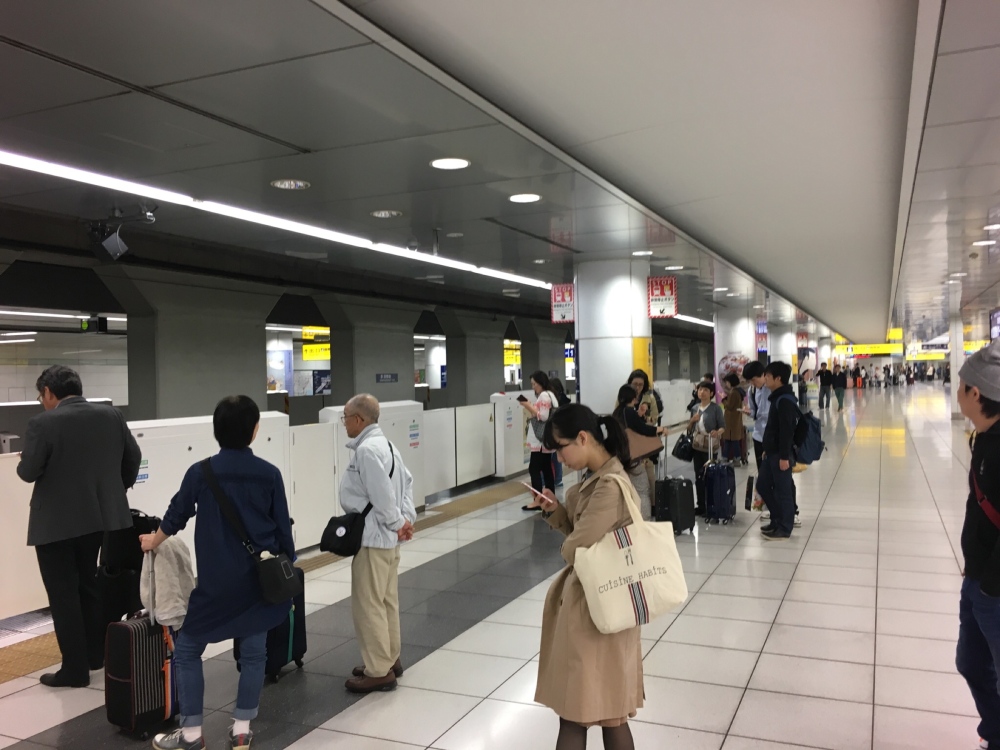 The subway was impeccably clean and smooth, unlike anything I’ve ridden in New York. After a 20 minute ride, we checked into our hotel. Yes this was the view. 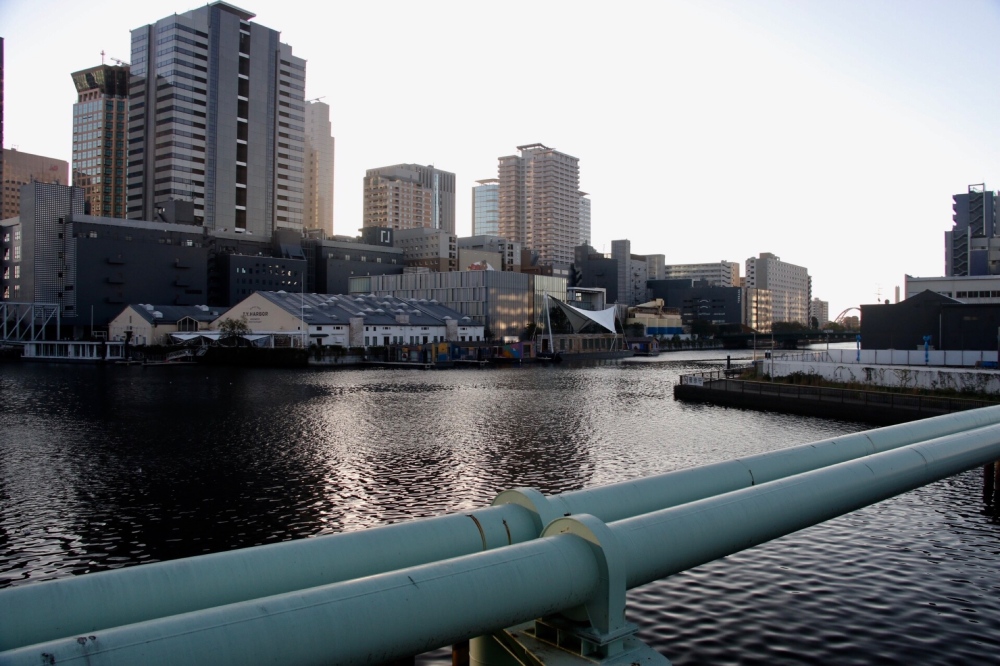 We headed out about 630 into the golden light of the new dawn. Tokyo is still quiet at this hour on a Sunday morning.

We walked around the bay for a time, being passed by occasional runners, eventually returning to the hotel and train station as our hunger grew, and we confronted the challenge of Sunday morning Tokyo, finally settling on a Hawaiian restaurant nearby (seriously – nothing local was open!).

Gathering our belongings, we checked out and went to the train station, where we collected our Japan Rail passes. We were placed on the 940 bullet train to Kyoto. The experience is somewhat surprising. The train arrived in silence. The face of the train, to be entirely honest, is a bit ugly. But we clambered aboard, and took our seats, the train speeding away with a silent whish. 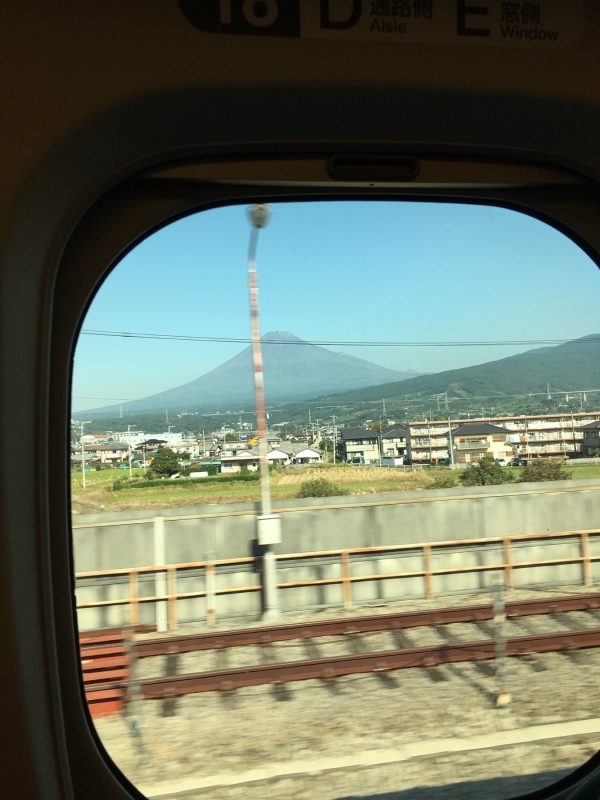 We couldn’t get window seats, so I only have this photo of Mt. Fuji, taken to our right, just in front of the face of a stoic local, as the train hurried south. 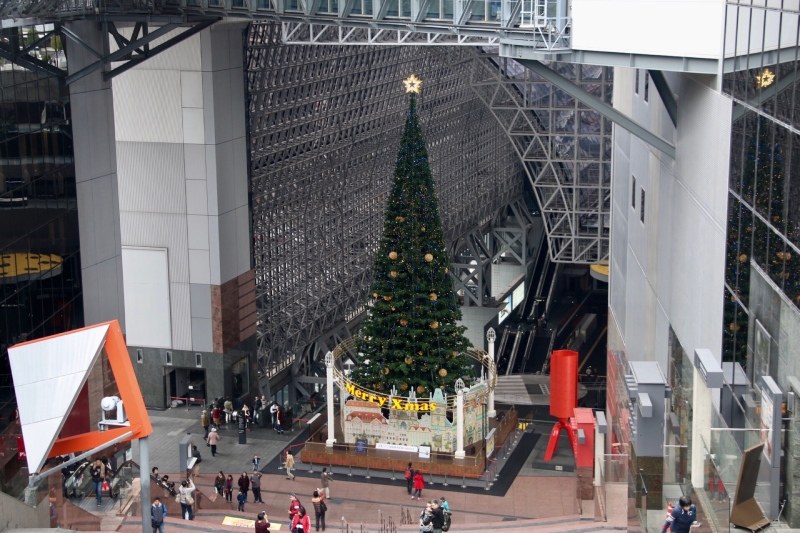 Shortly after noon, we checked into our hotel, which sits right above the train station. The station also contains a mall, which is getting ready for Christmas.

High within the mall, on the 10th floor, were a series of Ramen restaurants. You pay at a machine first. This consisted of us looking at a series of screens, and blindly picking a photo that looked good. In the US we would pay these machines with credit cards – here we use cash. After paying, you wait in a line until a seat is available.

The dumplings were superb. 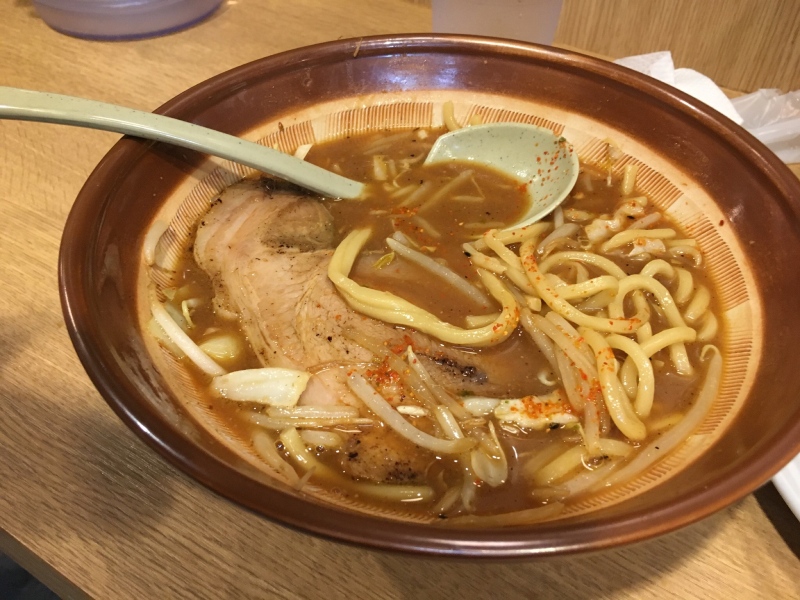 And the ramen was spectacular, with miso and tonkotsu broth, as well as a big chunk of pork. Nothing even vaguely resembling Maruchan. I’m sure by local standards it was mediocre, but to my American palate it was perfect. 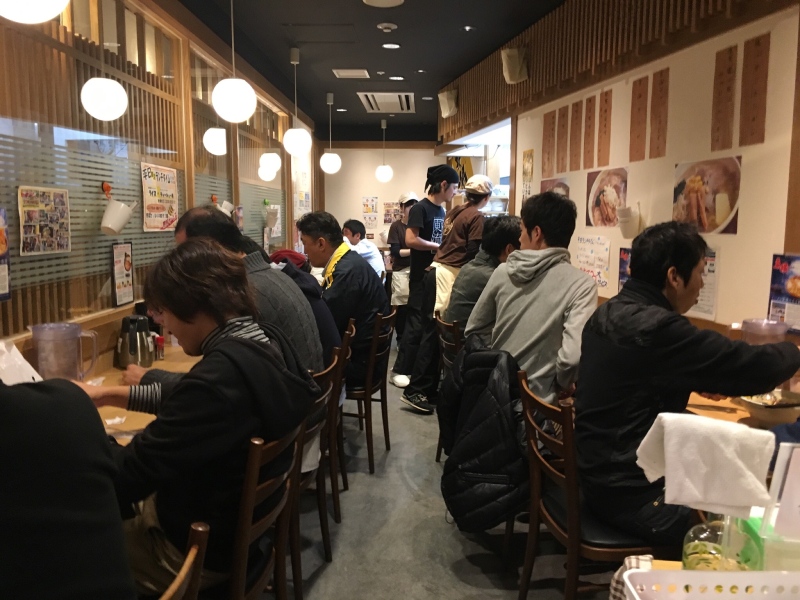 In honesty we may have just eaten mall food. But the locals are doing it too, so I guess it’s OK. 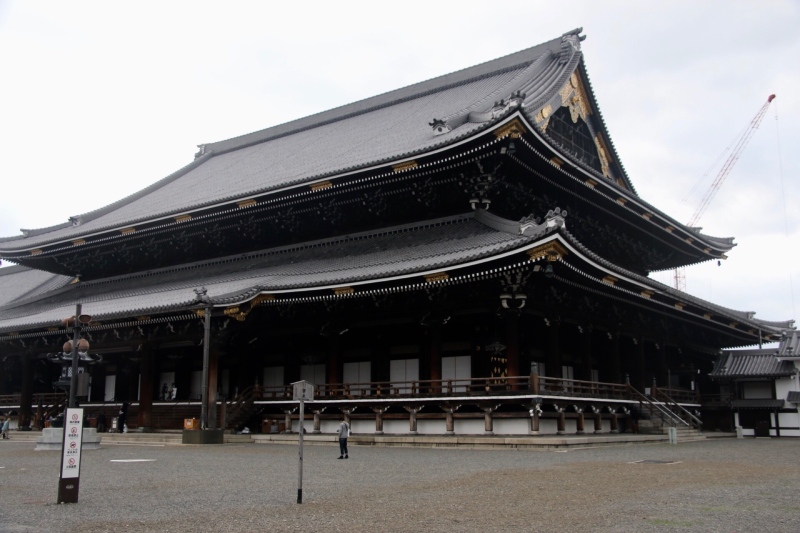 From there we headed to one of the temples in the center of town. It isn’t one of the top temples in the city, but it was close to the city center, and we weren’t yet ready to range far afield. This is apparently the largest wooden structure in the world, and is a very solemn space.

Leaving the temple grounds, we headed east, to one of the gardens within the town, the Shōsei-en Garden. This garden is known for it’s thirteen views. I can’t precisely figure out what the 13 views are, as the book lists 19 views/structure, and 9 objects/scenic spots.

The garden is a scenic refuge within the bustling city, with tea houses galore.

The sirens from the surrounding streets sometimes intrude on the serenity of the place, but cannot break the peace entirely.

The bridges are beautiful in the sunny November days, just as trees begin to turn.

In the late afternoon, we finally are jet-lagged and exhausted. We return to our hotel for a brief nap before finally finding something real for dinner.