It’s Monday, and I just found out I can go downstairs and get 15 minutes of free wifi, so I’ll get this typed quickly so I can get everything up to date. I’ll try to get the pictures posted as well, but no promises, as that can be more time consuming.

Got up this morning unclear on how I would spend my day. There is a city guide in my hotel, but everything it mentions that I would have any interest in seeing is closed on Mondays. In the past I’ve had similar issues in Florence and Parma, so I’m starting to think this is a national theme, if not just a plot against me personally.

I stopped at the travelers’ information booth downtown and they suggested a self guided tour through the Centro Storico (historic center). I’d already seen some of this, but the market is much nicer when the vendors are vending. 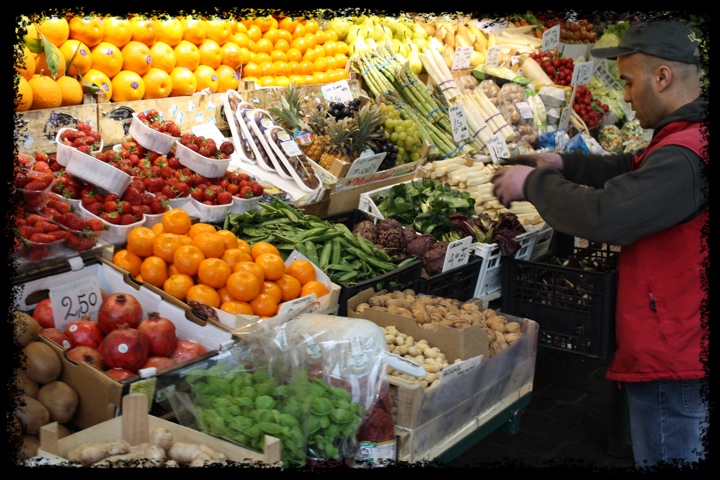 While there, I bought a piece of “oliven pull apart brot.” Think monkey bread with cheese and olives rather than cinnamon. I may make this when I get home, it was that good. Anyway, while at the booth I started talking with a little old lady whose English is marginally worse than my Italian. I was able to grasp that I should climb into the hills above Gries to get the best view of town. Gries happened to be on the walking tour, so this was very convenient.

On the way to Gries, I passed an old Cinquecento and had to take this photo. Adorable! 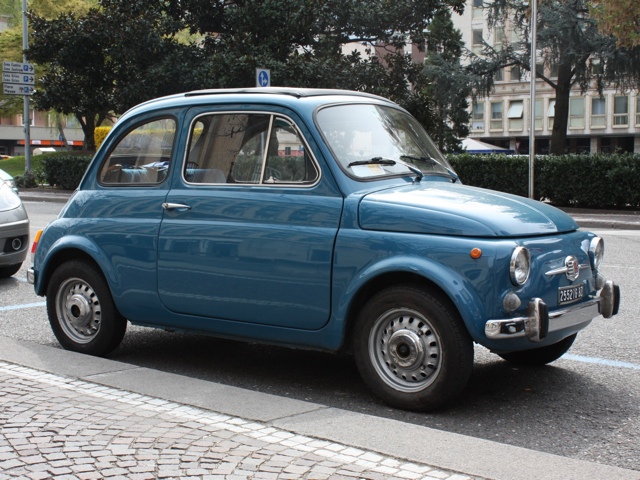 I passed Gries, and thought, “how am I supposed to find this?” but kept going. Then I started the climb into a residential neighborhood and beyond, up a trail of large boulders that could be mistaken for a road. “Why am I listening to a stranger?” I thought. Of course then I had the much more logical realization that, “It’s the people you know that you have to really look out for, they’re the ones who have reasons to get you. Strangers don’t know you and have no good reason to hurt you … you’re much better off listening to strangers than people you know.” The logic is sound. Don’t question it.

So up I trudged along the trail, switchback after switchback, gnawing at my olive bread, until I had reached the end of the end, where I found … a door.

And behind me spread out was the unobstructed expanse of the valley. Stunning.

There was much more trail that continued past the door (past, not through … that thing was sealed tight), but I decided this was as good a place as any to turn around. The trip down was uneventful, as was most of the rest of the afternoon until dinner at Försterbräu.

This is another of those restaurants that makes their own beer which is also sold throughout town. I told the waitress I wanted typical South Tyrolian fare, and started with the pilsner (sorry, no wine tonight). 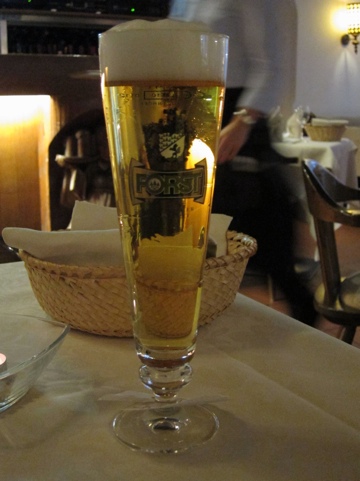 For my antipasto she suggested Tavoletta Tirolese. This featured Speck, Kaminwurzen (the sausage), prosciutto cotto, mountain cheese, pickle, and horseradish. There are three manifestations of pork on that plate. What could I possibly say that could be bad? The speck and prociutto I know. The cheese was mild, kind of like a baby swiss. And that sausage was wonderfully flavorful, meaty, spicy, and peppery. There was only one problem with this course: there was far too much, so I had to eat slowly.

As I finished this, my next beer course arrived. This is the Kronen, apparently a better pairing for the main course. I don’t really know what to say about beer. I either like it or I don’t. It was good. Heavier than the Pils, which was fairly light. ‘Nuff said. 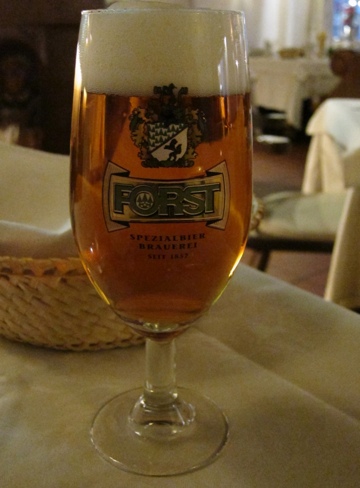 The main course was stinco di maiale. When I ordered this I had forgotten what stinco meant, but I knew more pork was coming. And boy was it ever. This was a roast leg of pork, and let me just say, there is something satisfyingly primal about eating a huge chunk of meat out of which two leg bones are protruding. Fundamentally, this is something that man for millennia would recognize, a primitive experience that reverberates through our culinary cultural memory (unless you come from a culture that doesn’t eat meat, in which case I express my apologies). It was crusted with pepper and rosemary, and it … It was a guttural gustatory experience – just phenomenal.

Nothing about this was landmark or broke any new ground, it was just profoundly satisfying. The pork was served with mustard and horseradish, of which I preferred the former (the latter overpowered things a bit and the flavor of the meat got lost). The meal was also served with fried spiced potatoes. Basically spiced french fry wedges. REALLY GOOD french fries, but french fries just the same. Potatoes are a New World food, and I wonder what this would have been served with historically. Roasted root vegetables? Turnips, carrots, parsnips, or rutabagas, perhaps? Or maybe nothing, and that would have been it.

One last thought that hit me as I gorged myself – everything to this point had been served on wooden platters. How do they clean them? We could never do this at home. Sometimes pristine cleanliness in this sort of scenario is such an American concept, and the wooden platters really added to the experience. Still, a clean plate wouldn’t have bothered me.

Dessert tonight was apple strudel with vanilla sauce. It seemed the right thing to do. It was decent, not remarkable though. The only unique thing about it was that it contained pine nuts, which I have never seen before. It didn’t suck.

I just hope I don’t get pine mouth.

March 13, 2021. There’s so much here, including two themes that come up over and over again: I’m wandering lost and loving it, and I’m eating. Although I declare in the post that the pork wasn’t landmark, it apparently was, because it haunts me. Ten years later it has stuck with me and I want to go back and have more of it.