I had a layover in Atlanta which mostly involved me sitting in the lounge and eating soup. Beef barley soup. Just not my favorite but it was fine. I boarded the plane to find the compulsory glass of champagne. They promptly offered me a menu so I could consider my dinner choices. Even before the door closed, I had committed to the beef. The chicken and salmon each had their own appeals, but I was intrigued by the lobster macaroni and cheese … And I don’t even really like lobster.

The lobster mac was decent. I have many seafood issues – so often I don’t like it cooked into things as the end result is just disharmonious. But this was really good. And so was the beef with bernaise sauce (dinner was a sort of surf and turf). I’m pretty certain i’ve blogged this before, but I really do need to make bernaise sauce

Dessert was a sundae with caramel, nuts, and whipped cream. After this I slept for a few hours. I guess that means that part of the flight was smooth – but 2 hours or so from our destination the turbulence hit, and I was awake the rest of the way.

Arrival in Madrid was easy, and it only took me a few minutes to re-familarize myself with the metro. The metro here is wonderful. It is extensive and super clean.

When I reached my final destination I climbed the stairs to a city still recovering from the prior nights revels, the streets still quiet and damp from the new morning. I looked around and felt like I had finally and truly arrived.

Finding the hotel was easy, and they let me check in early which was a bonus. That let me have a bit of a nap, because I still have a long day ahead. For now – time to explore! 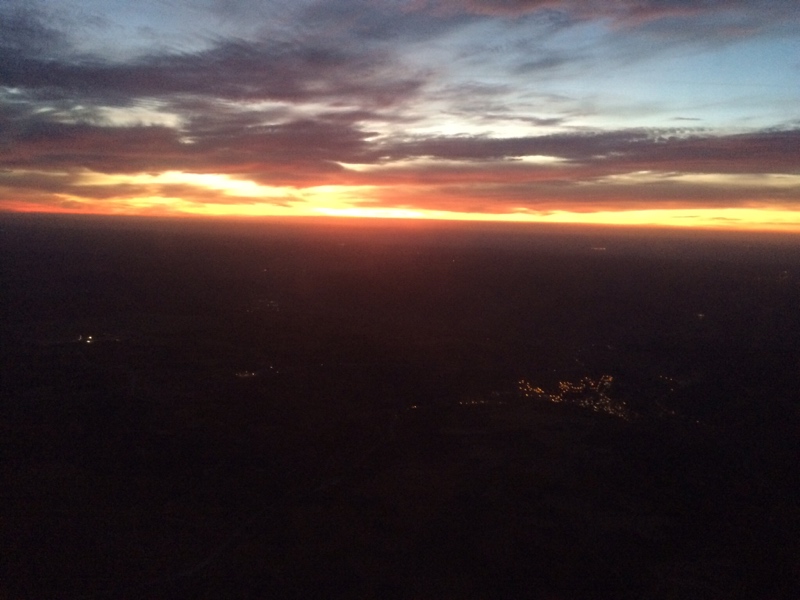