I woke this morning and left the hotel early. I wanted a little better orientation to town and so headed toward the Gothic quarter. I stopped along the way and bought a croissant. I thought it had a fruit filling – I was wrong, though; it was filled with ham. Come to think of it, ham is a sort of Spanish fruit, so I guess I shouldn’t have been surprised. Notably, they also had croissants with hot dogs, so I’m glad I went with the fruit ham.

I continued through the Gothic quarter, past famous bars, Roman guard towers, and fountains, eventually facing the Barcelona Cathedral. A stunning exterior that was actually a 19th century Neo-Gothic addition to a 14th century structure.

Leaving the cathedral I stop in the former house of the archdeacon. The courtyard is isolated from the outside world but presents a view suggestive of the sort of Mediterranean paradise this is. Barcelona is simply amazing, with her wide boulevards and palm trees, with her centuries of daring architecture, and her general cleanliness. There is something about this city, that at least on a most superficial level, evokes images from books and memory. This is a place that seems impossible, but it is very very real. It is enchanting. 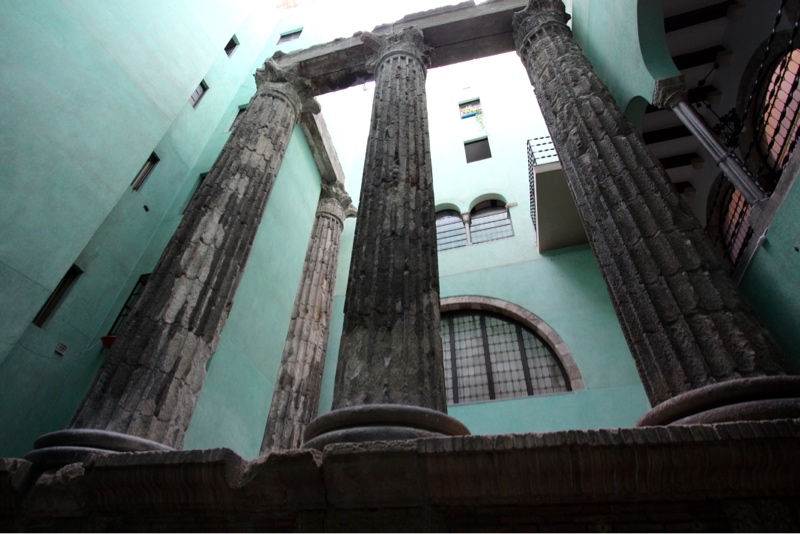 Other sites in the Gothic quarter included the Jewish Ghetto and old synagogue, the ruins of the ancient Roman Temple of Augustus, and the old palace, where Ferdinand and Isabella greeted Columbus.

Returning to the hotel I passed the back of the cathedral noting the gargoyles. 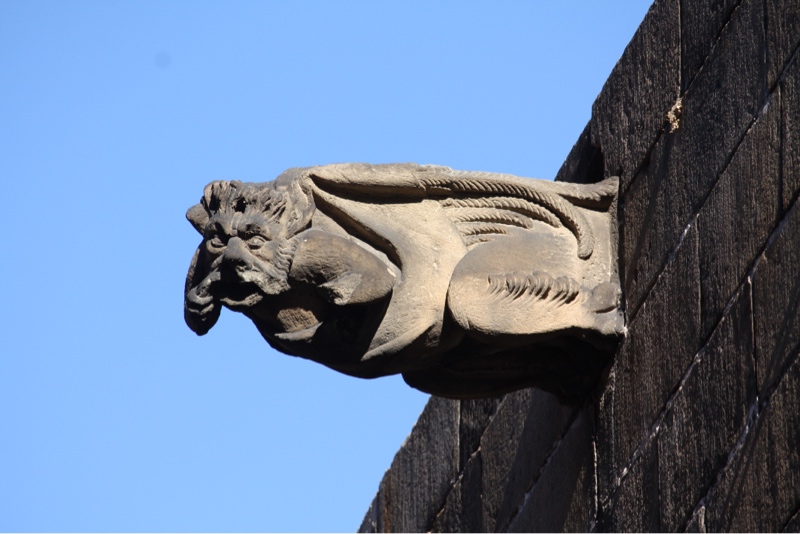 Eventually I got back to the Plaça de Catalan, where D’s shuttle dropped him off from the airport. He got cleaned up and I marshaled him out into the streets. It was lunchtime and I was hungry!

Pork! That’s where we went – a restaurant named Pork! that has a huge pig hanging from the ceiling. They eat a lot of pork in Spain. I’ve had some at least once a day, every day, and sometimes at every meal. And it’s not just reflecting an eating disorder on my part – you almost can’t avoid it. But that’s OK – they do it well. 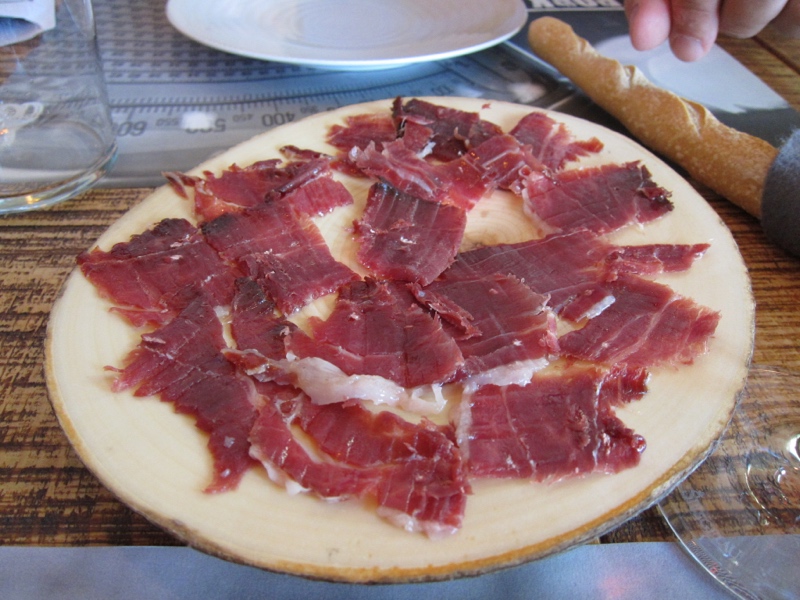 This meal, we started with Iberico Ham.

From there, we went to a gigantic pork rib and pork belly. It was a really long rib. And very meaty. These were served with apple aioli and mustard. If the aioli sounds a little bit unusual, think about the diversity of barbecue sauces back in the US. There is an Alabama style white barbecue sauce that is mayonnaise-based. Doesn’t sound quite so unusual, now, does it? 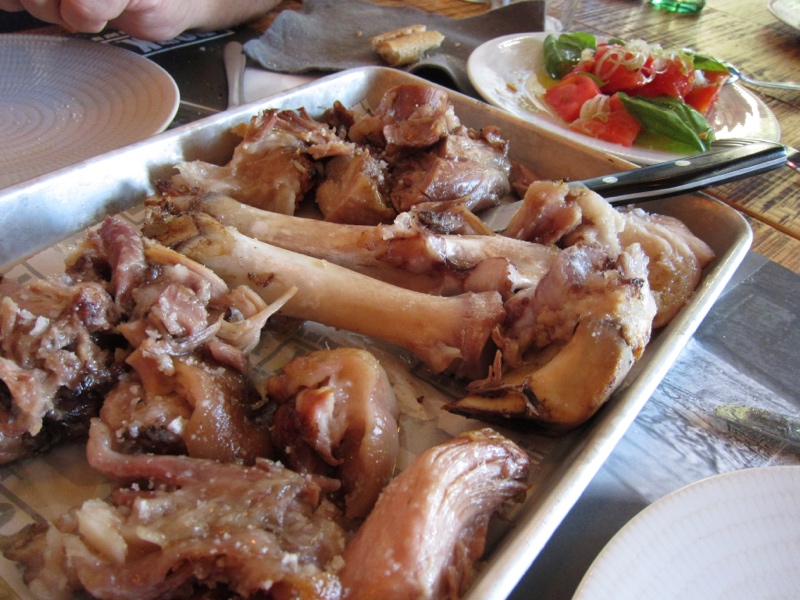 Then there was the pork knee. D was a bit afraid of the knee, but I embraced the notion with gusto, and D later admitted I was right. We had canned tomatoes with it – they were served with scallions and basil. The notion of a restaurant openly serving canned tomatoes is foreign to both of us, but canned foods are a “thing” here, and these were the freshest canned tomatoes I’ve ever had.

Dessert was a light flat local pastry called a “coca.” It was the perfect foil to our very rich lunch. We went back to the hotel – D had to recover a bit from the flight. The evening was marked by some even more outrageous sights. I’ll have to post more later – or perhaps a summary post at some point of things I haven’t even mentioned yet. For now Butterblogger really must get some rest.