Today was all about being subtle.

By which I mean, today was about not being subtle at all, but instead being entirely over the top. It was about a master pushing his art to the furthest extreme. It was about art nouveau, modernism, avoiding straight lines, breaking rules and making new rules. It was a day with Antoni Gaudí.

We started at the Basilica of the Sagrada Família. This was Gaudi’s masterpiece, which he was working on until the day he died. It was originally conceived as a neo-Gothic basilica, but one year into the construction, Gaudi took over as architect and clearly let his imagination run wild.

I’ve been in many amazing churches over the years, and have often thought that we couldn’t build these structures today. It turns out I think I was wrong. Actually I know I was wrong. This is a church that is still a work in progress. They’re actively building it and they are doing it at rocket pace. And even though it is incomplete, this church is outrageous. It’s fantastical. It’s Willy-Wonka-over-the-top ridiculous.

We were there, agape, for almost three hours, and I have no idea how to describe it. 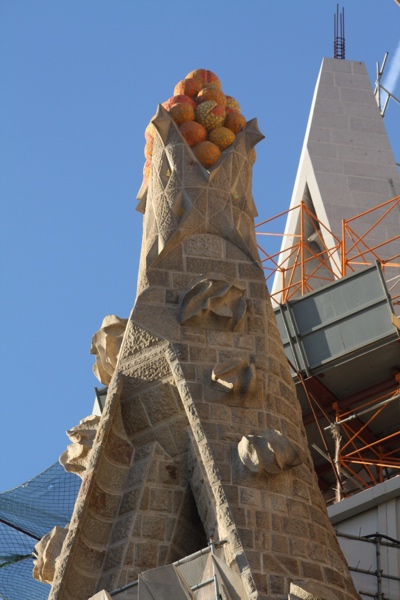 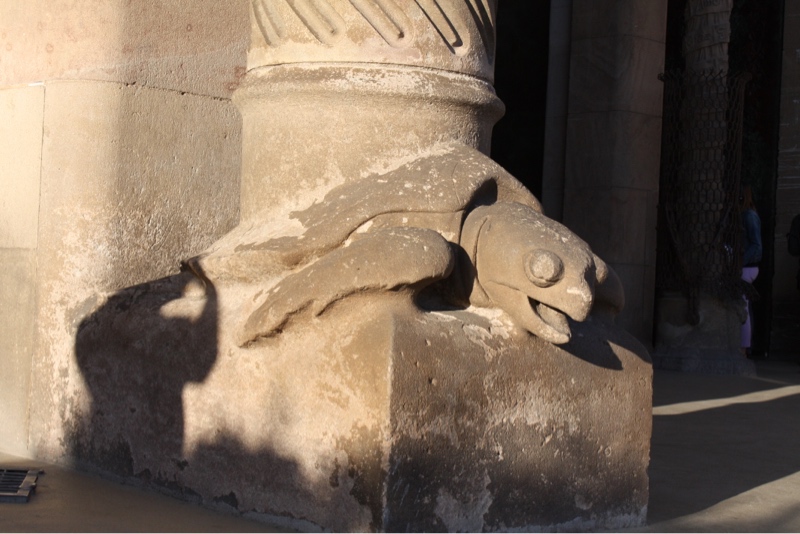 And that’s just a bare hint of the exterior on one facade. There is a Christmas tree with doves on it, and of course a nativity. But inside is where he just goes to town. First, below the main floor of the church is the crypt, built in classical neo-Gothic style. The main floor is more modern but still pretty classical overall. The next level up is the gallery, where things start branching out (quite literally, when you look at the columns). And above that is the clerestory and the roof, which are just beyond words.

The building is a glorious spectacle of stone, glass, air, sound, light, and even time. The columns branch ethereally, the stained glass glows and refracts across the space, the organ resounds, and all of this changes with the shifting sun. This is a vibrant living space 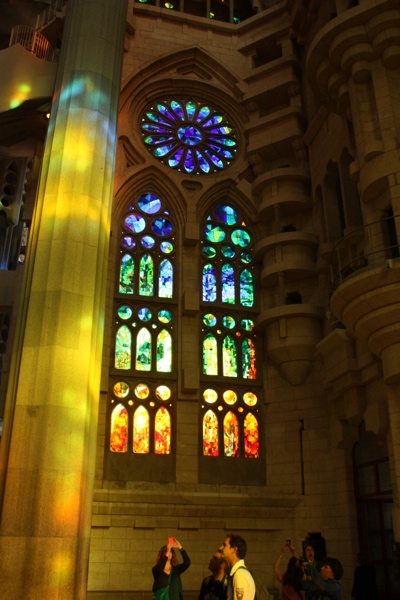 There are doves everywhere. This was over the main entrance at the rear of the church, but this image repeats itself countless times. 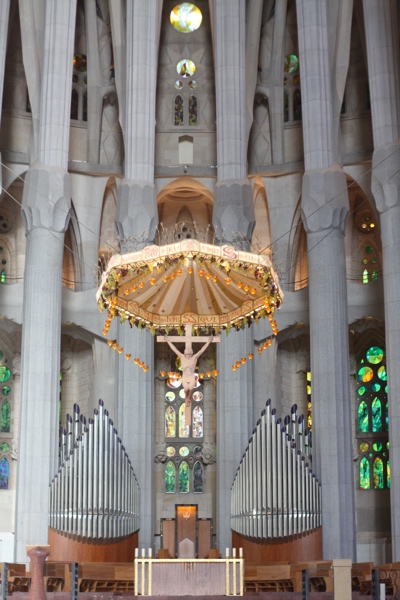 And so it continued, moment after moment, the basilica seems to always have something new to discover. 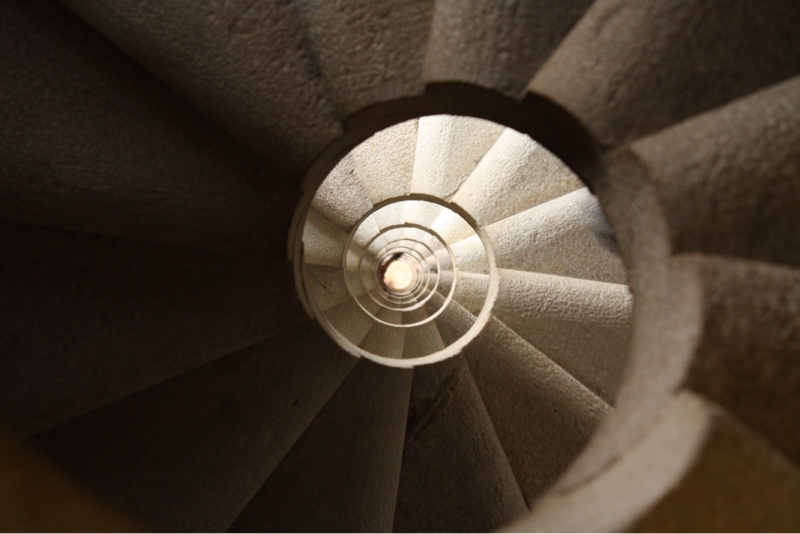 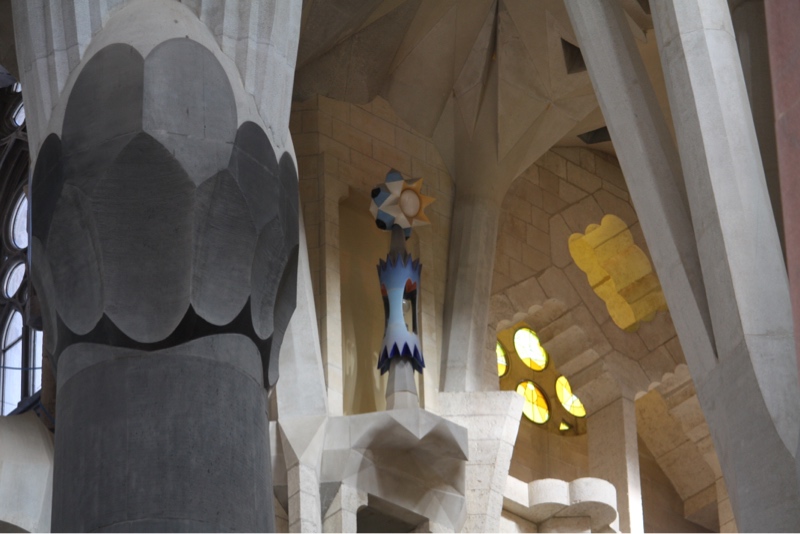 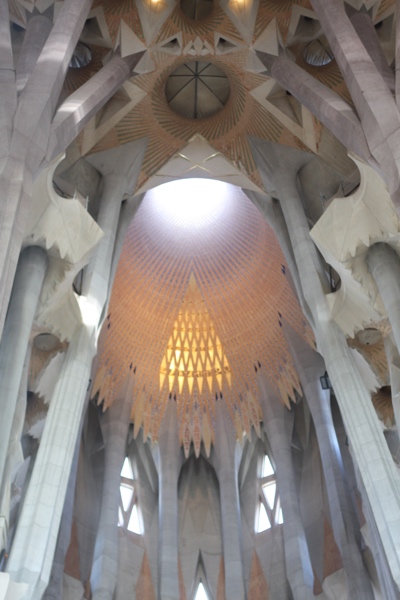 And this was how we spent our morning. The rest of the day was equally as outrageous with the Gaudi – designed Palau Güell, which was one of his earlier, more exploratory works, and Casa Batllo, in which he goes similarly far afield. Any one of these would be exhausting, and frankly all three may have been too much for one day. I can’t imagine trying to blog them all, but here’s a little taste  of Batllo:

And with that, dear readers, I bid you a good night!

One thought on “A Day of Subtlety”