410 am. Yup — that’s when we got up so we could get to the airport and catch our first-morning flight to Honolulu and on to Hilo. That was painfully early, yet we did it.

At the airport there was some confusion with D’s boarding pass because the Hawaiian Airlines app isn’t well developed. This meant he got to security with the wrong boarding pass. Eventually things were sorted out, however, and we were on our way.

In Hilo we headed first to the Hilo farmers market, which is small on Sunday morning. 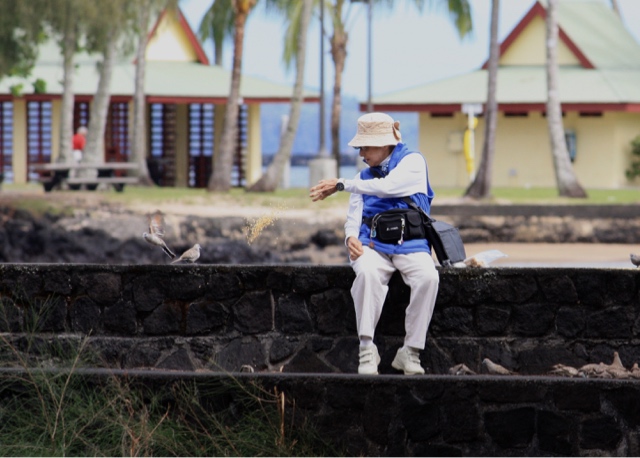 We paused in the park for a time, watching an absolutely adorable elderly woman feeding pigeons.

And then we were on to Pahoa where we went to the Maku’u Farmers Market and I had that revelatory green papaya salad again. Wow!

Then we paid service to the most recent lava flows in Pahoa, from the beginning of the year. The destruction here is an acute reminder of our impermanence in this world.

And now we went inland, our trajectory following the road that courses up the valley (of sorts) that splits the great volcanoes Mauna Loa and Mauna Kea.

As we seemed to reach the apex, we turned to the right, toward Mauna Kea and continued yet further up.

We began seeing cinder cones and still continued upward, as Mauna Loa, the worlds largest volcano, loomed opposite us. 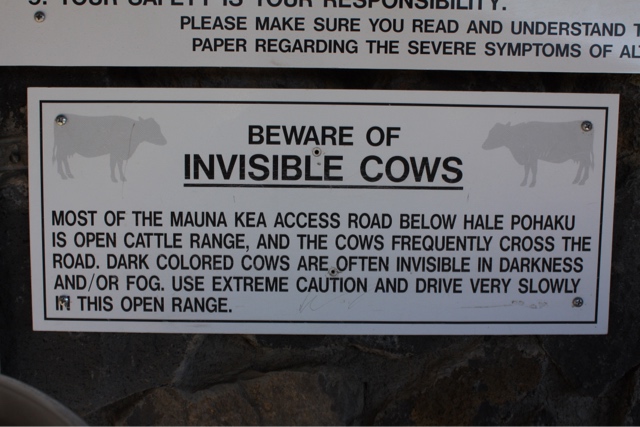 We passed the visitors information station where they warned of hazards unique to this part of the island.

We passed above the clouds, beyond where the paved road ends.

We began seeing trucks filled with snow heading the opposite direction, and still we continued upward as I wondered, “Isn’t this what I came to Hawaii to get away from?”

When we were well into the snowy country, pavement mysteriously reappeared.

Cinder cones still surrounded us, but here they were blanketed with snow. 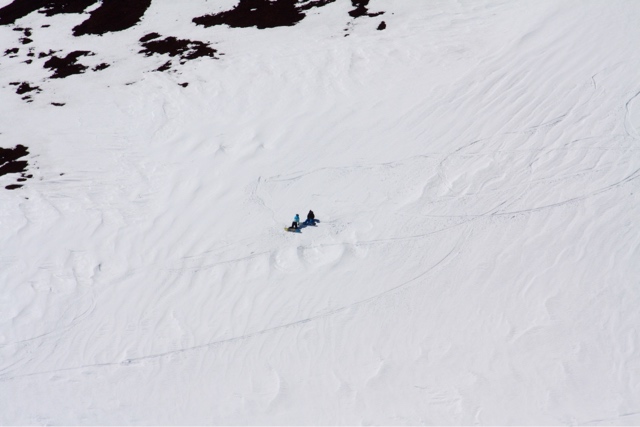 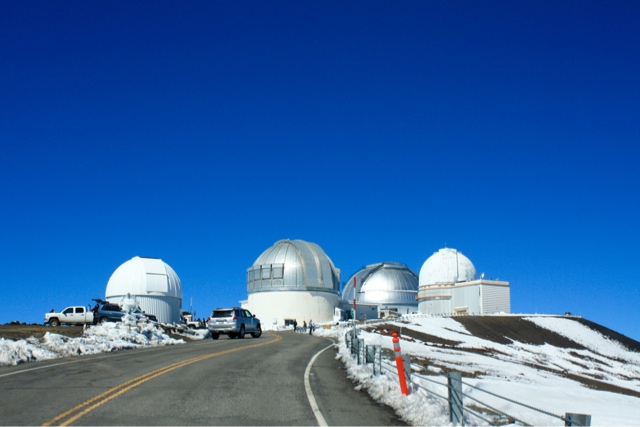 And finally we were at the top, at the Mauna Kea observatory, almost 14000 feet above sea level, where the thin air made our hearts race, our stomachs belch, and our …. Well let’s just say the toxic fumes on the mountain weren’t being produced by the volcano.

We had come to possibly the highest drive-able place on the planet and it was a remarkable moment. The peak of Mauna Kea is more than just altitude. Incredible science takes place here. This is one of the places on our planet where we, as a people, reach our fingers out in an attempt to brush up against the stars and touch eternity. This is a place where the scientific and the metaphysical meet. And it is absolutely beyond belief.

Here, in addition to cinder cones, we were surrounded by telescopes. 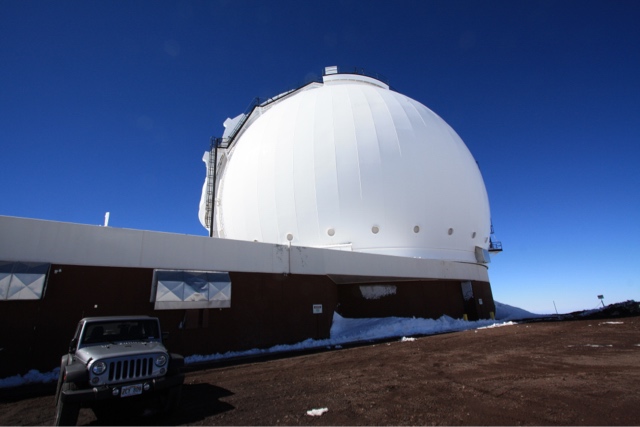 The brisk, thin, air here was pristine and the sky was the bluest I’ve ever seen. 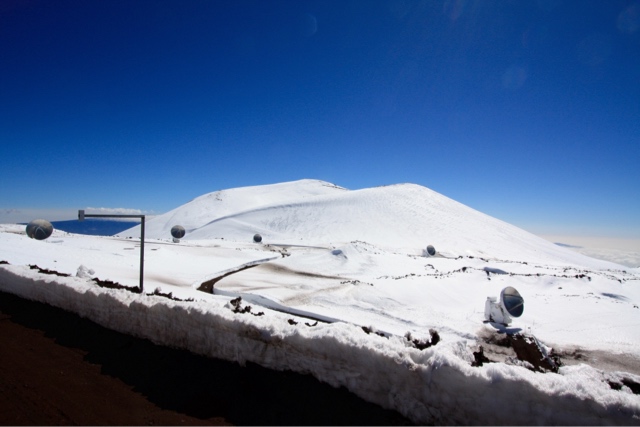 And we began our trek downward, passing the submillimeter array.

Passing more cinder cones, we hurtled down the side of this massive mountain, our car making a disturbing burning smell. 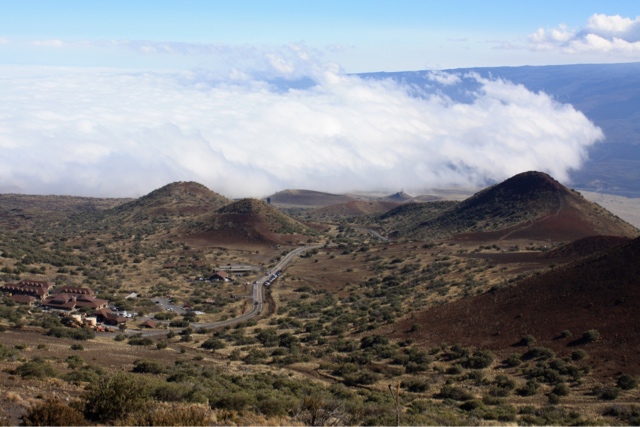 But finally the numerous switchbacks brought us back to the Visitor Information Station where we began the process of decompressing. We had just had a truly mystical experience. And right now I am at a loss to describe it.