Walking down the colonnaded streets in the waning hours of the afternoon, I veered to the left. The crowds had been pressing in tightly on Via Independenza, and this street, whatever it was called, was less frantic. The name was irrelevant, as I knew it would take me to where I wanted and needed to go. Passing storefronts advertising pizza, piadine, and various other specialties, a stupid grin broke across my face. 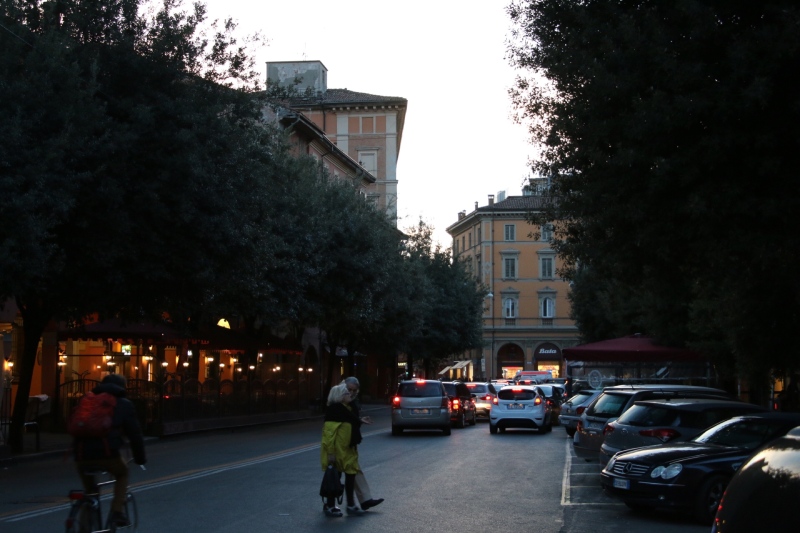 I felt it then. The exhaustion momentarily disappeared from my spirit and my face, being replaced by a smile reflecting the pure joy that I felt. I was in Bologna and all was right.

The flight had been long, but at last I had arrived. 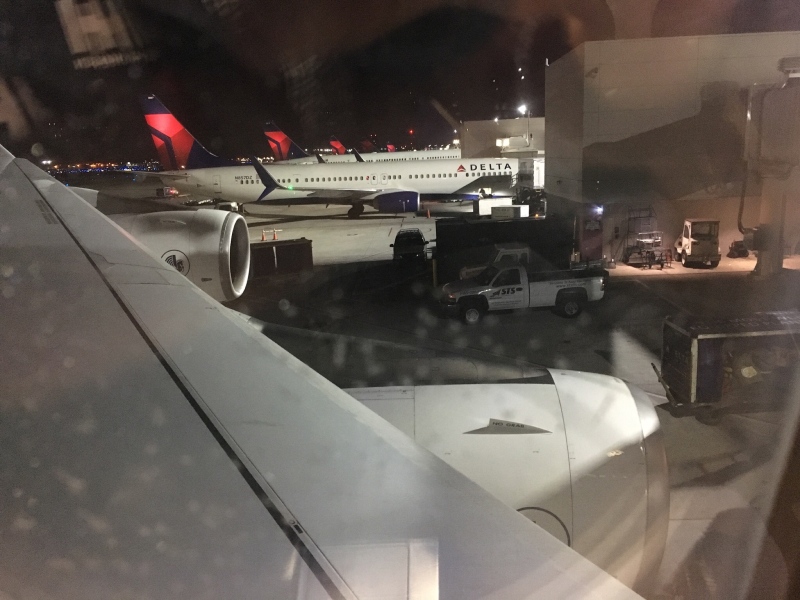 The flight? Well almost a day ago I boarded the Air France A340 jet in Detroit, a large widebody aircraft with two aisles and four engines. Before taking my seat, I grabbed the power cables I would need, and then stuffed my primary carryon into the overhead bin, choosing to nestle my camera bag underneath the seat in front of me. A few realities had hit me at this point, all related to the interior of the plane, which hasn’t been updated since the ’90’s.

First, there was a large black box under the seat in front of me which would make for an uncomfortable flight if my camera bag remained there. Fortunately, there was some remaining overhead space, and I and my neighbors put it to good use.

Second, there was no power supply anywhere around our seats. This is shocking (ha!) and a gross deficiency for a long-haul aircraft on a major airline. 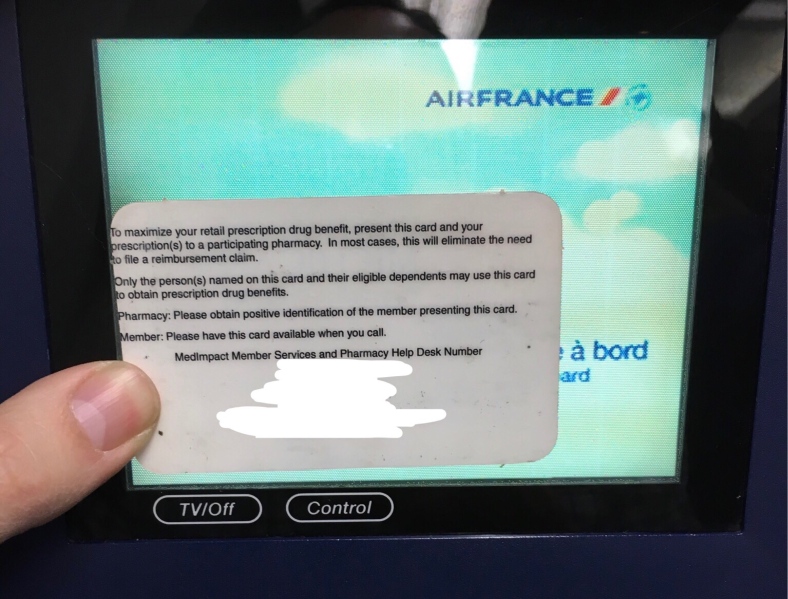 Third: The monitor was tiny, scarcely larger than a credit card.

The latter was a non-issue in the end, as my entertainment system didn’t work. I could have asked the flight attendant, but didn’t see enough of her in a free moment, as she was very busy. In any case I was planning on sleeping.

On the plus side, the seats reclined nicely – very nicely in fact. So much so, that they had to ask us to put our seats forward for dinner. Dinner itself was fine. Chicken in a butter sauce. It wasn’t the best thing I’ve eaten on a plane, but then again I’ve got a ridiculous reference point. 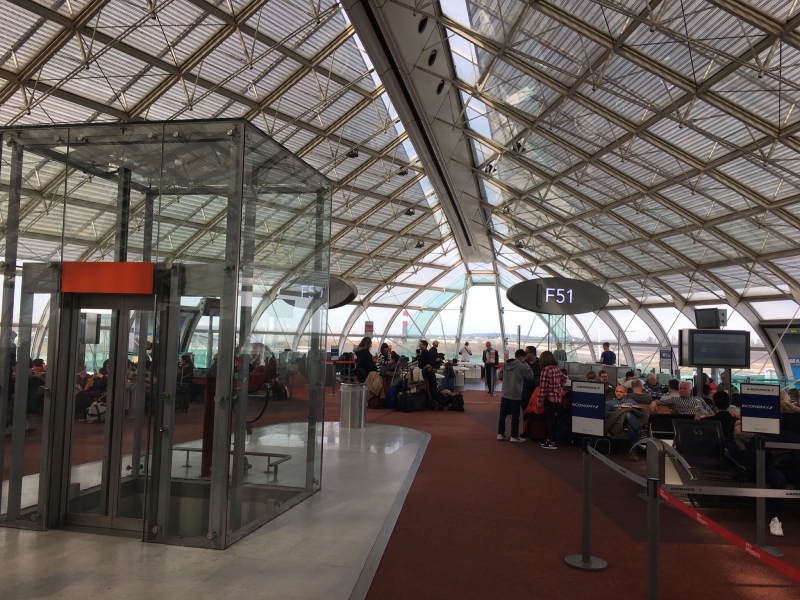 After dinner I slept fitfully, waking for yogurt as we landed in Paris. Transfers at Charles de Gaulle have been too often painfully slow, but today was better than usual. With a minimal degree of wandering and waiting, I found myself through passport control and into the lounge, where I spent three hours looking out at the tarmac and plying myself with espresso and other caffeinated beverages before boarding my flight to Bologna. 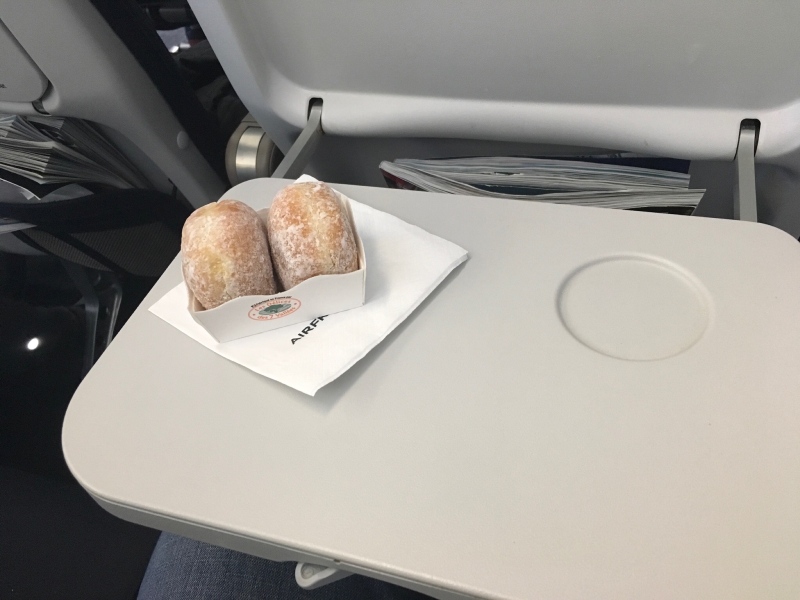 On this flight they gave us a snack of these jelly donuts. They were delicious. Or I was hungry – but they were at least OK. 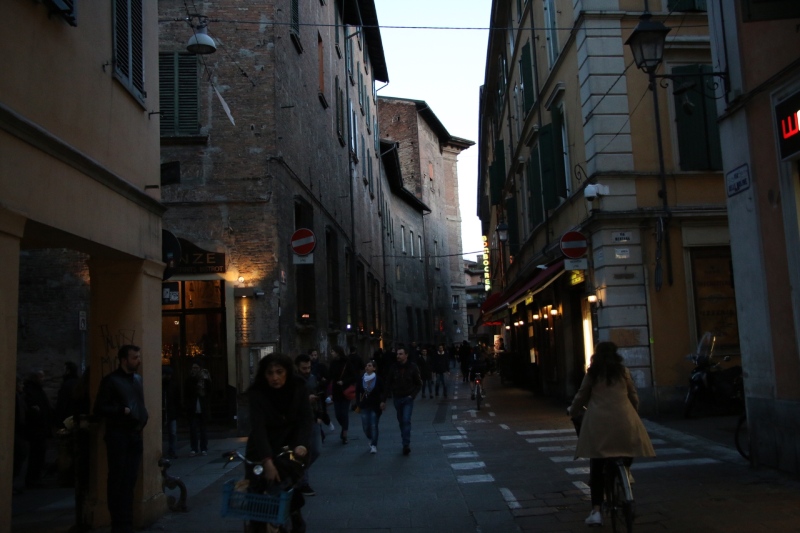 And when I finally arrived in Bologna, I was spent. But there was still sun in the sky, and the Italian streets beckoned fiercely. That’s how I found myself amidst crowds of students, tourists, and locals, walking toward the University of Bologna. 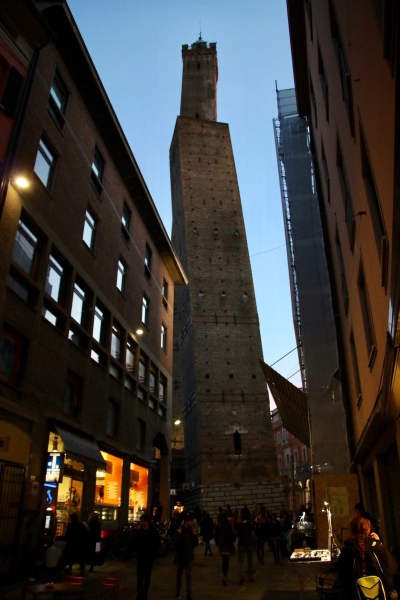 When I finally reached Via Zamboni, I turned right, and followed the street to the center of town, where Le Due Torri, the The Towers of Asinelli and Garisenda, stand askew over the intersection with Via Rizzoli, right in the center of town.

I meandered the narrow streets, oriented betimes like rheumatic joints, at abnormal bulging angles to each other. I know these streets and they know the weight of my footsteps. 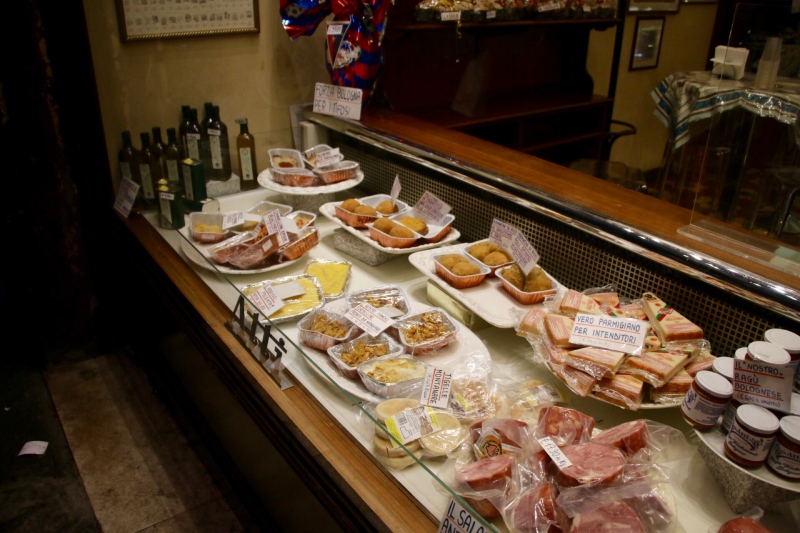 I gazed into the windows of the shops, at the foods I have so many times sought out. 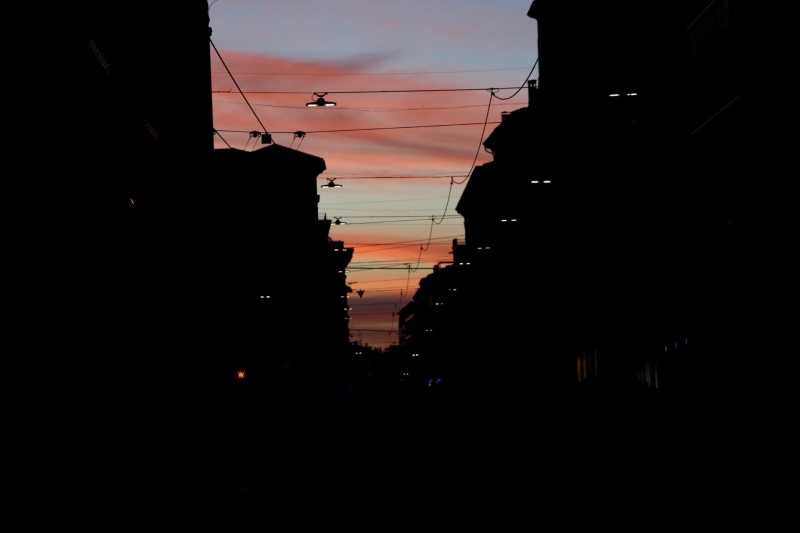 And as I finally headed west down Via Rizzoli, which changes names and becomes Via Ugo Bossi, I was giddy. Some places do that to me. The energy fires at the right voltage and wattage, and my soul responds. In the distance the pink clouds streaked across the night sky, and I found a meal. 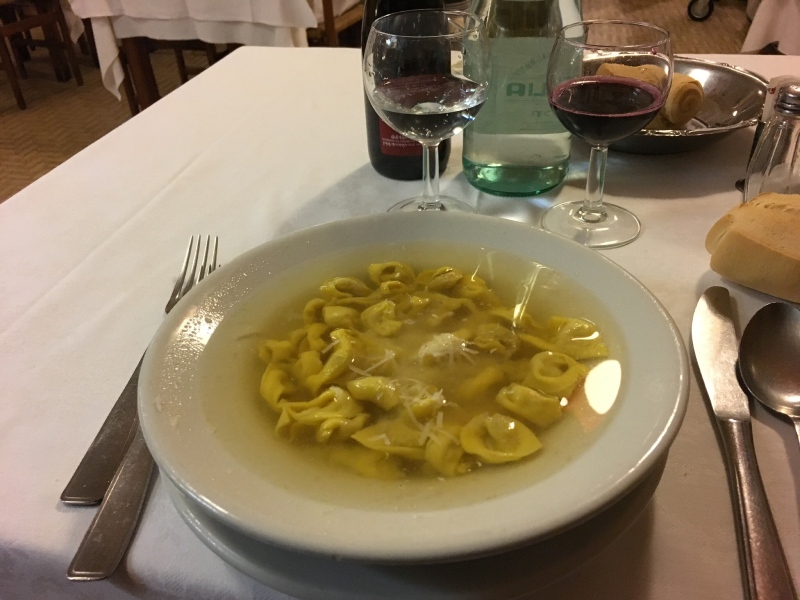 Tortellini, bollito misto, and lambrusco. I want nothing more. 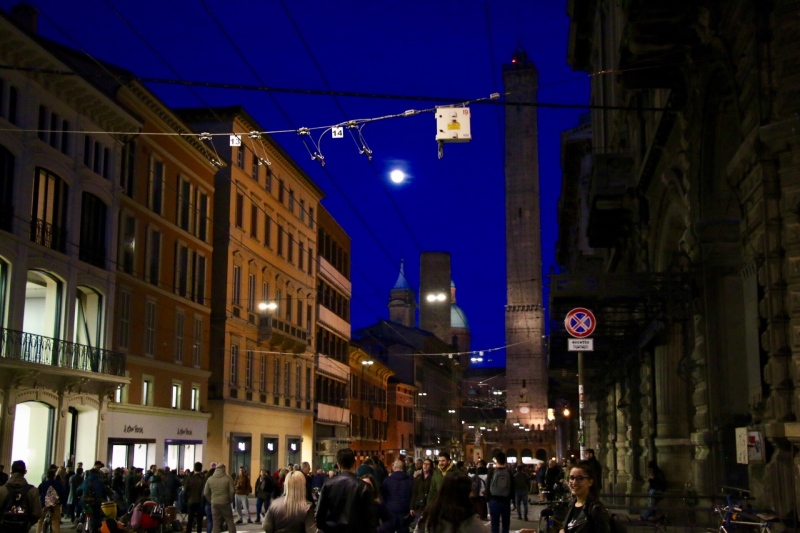 I am in Bologna. And I am giddy.