D is here! Well, technically, he got to Italy last night, having rerouted a day early to Amsterdam in order to avoid the big snowstorm that was headed for New York. He got in late and spent the night in a hotel near the Milan airport, while I finished my last night in Genoa. We met up today at Milano Centrale train station. 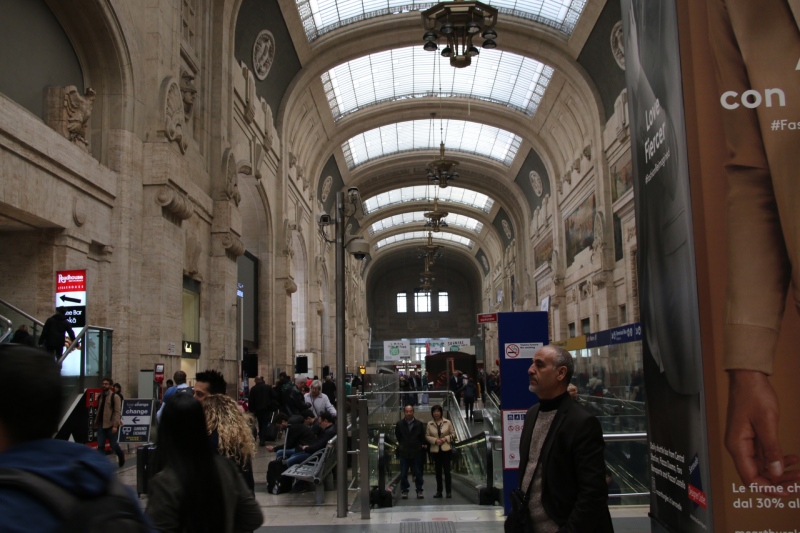 From the train station we took the metro to our hotel, where we dropped off the luggage, and headed to one of my personal destinations. D hasn’t been to Milan before, but I have, and there are specific reasons I have come back, memories that call to me like a kind of a telephone line through time.

First thing’s first, though. We dropped off our bags, the hour being too early for check-in, and headed out to find lunch. We passed a random church, and D asked if it was the Duomo. I said, “No, that’s not it. When you see it you won’t have to ask if it’s the Duomo.” 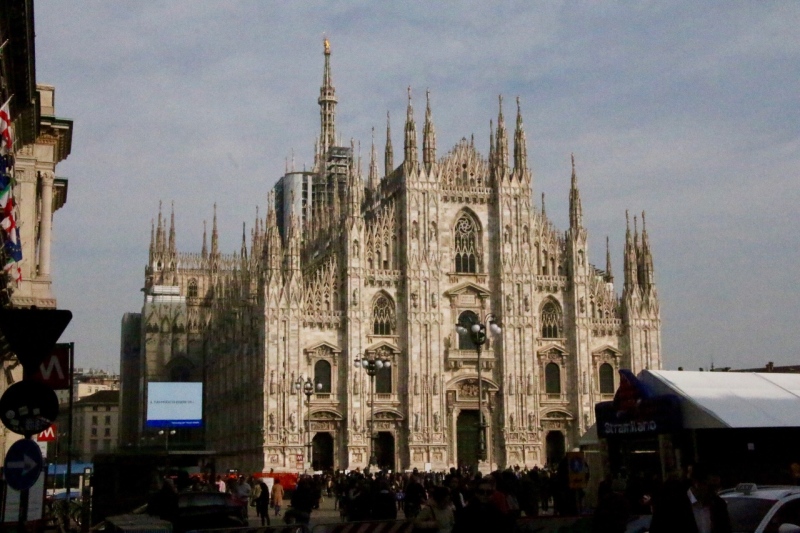 We continued on, and when we did finally see the Duomo (technicially, the back of it) D knew immediately. Still I pressed forward, my urgent hunger unbowed by the awe-inspiring sight over my left shoulder. (That picture is the front of the Duomo)

The lines for Luini were almost as shocking, stretching well into the street, but the wait was only brief until we could order our panzerotti, which are pillows of dough stuffed (with cheese and tomato sauce, for example) and fried. I have wanted one for years and it was light and airy. It was wonderful. 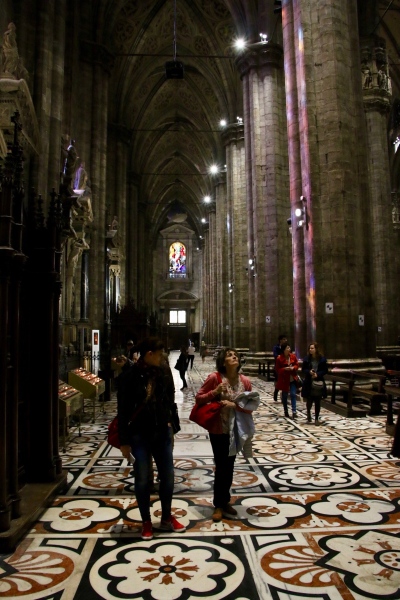 We ate these in the shadow of the cathedral, towering above us like a gothic monolith. D didn’t want to go up to the roof, and I have done this before, so we were content to just visit the interior. 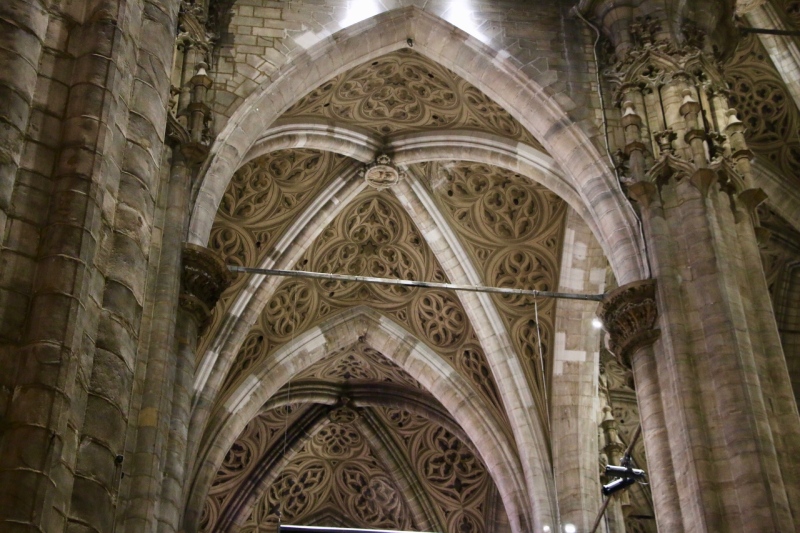 Inside we found a structure undergoing aggressive cleaning, the once cold dark greys giving way to warmer shades of tan and white. 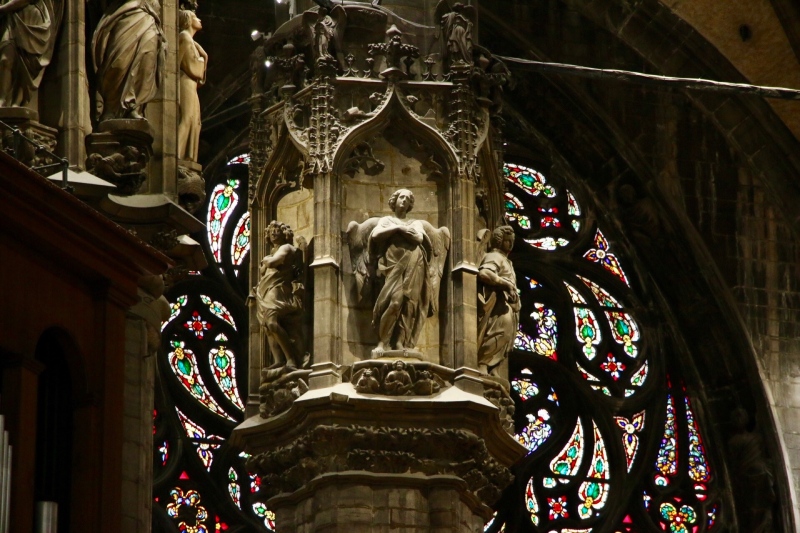 It is going to be even more beautiful when done. 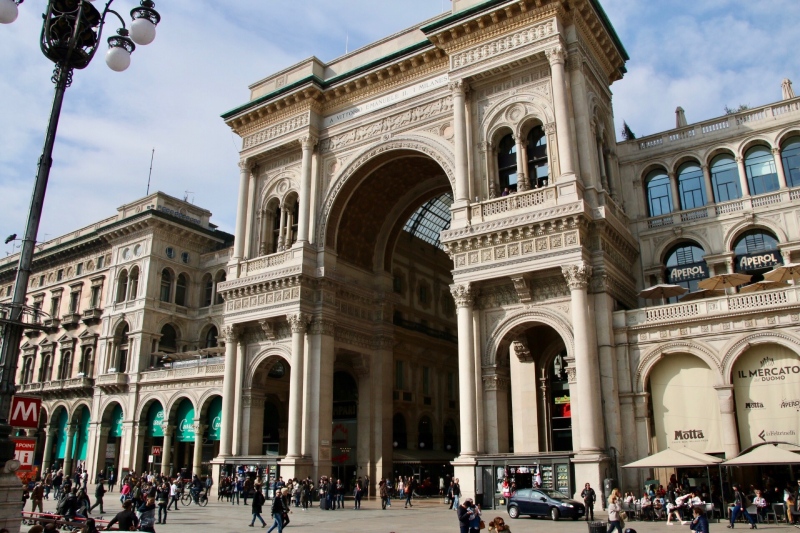 Exiting the cathedral we headed toward the edge of the square. D, in the process of looking up at the lovely and stylish buildings around him, didn’t notice the low-contrast curb at his feet. Much like G a few years ago, he went tumbling to the ground. Similarly, I didn’t notice it happen until the person I expected to be standing next to me was no longer there. Fortunately only egos were injured in both instances. 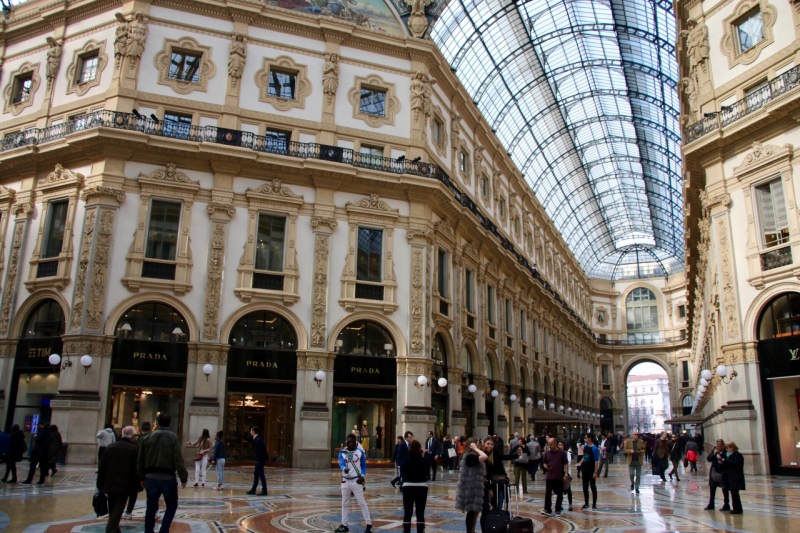 I guided D through the Vittorio Emmanuele shopping mall, as beautiful as ever, and on the opposite side pointed out La Scala, the famous opera house. 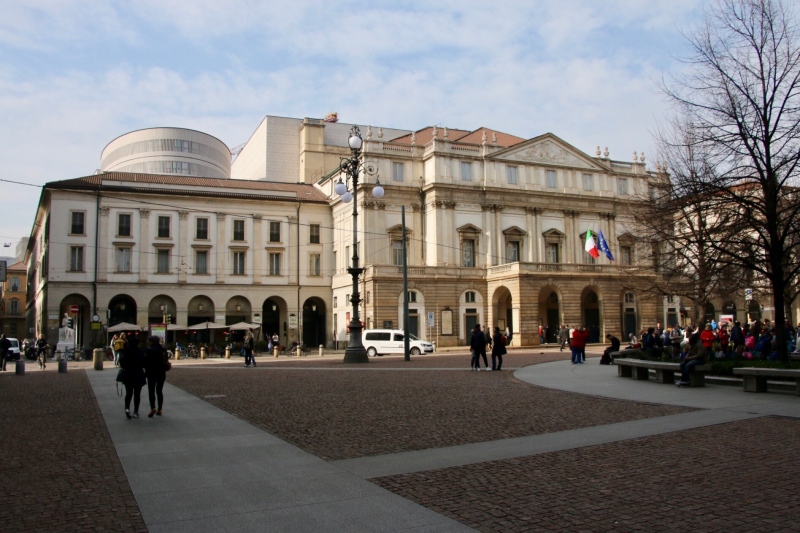 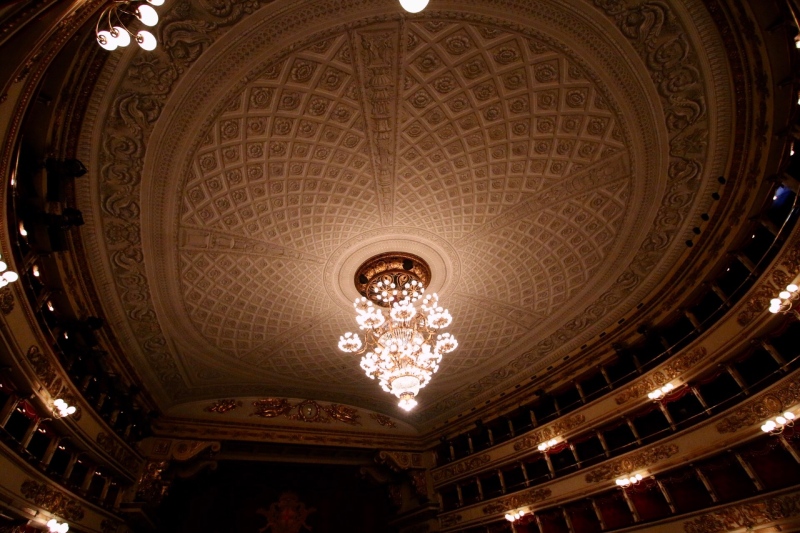 The opera house has a museum that one can enter, and if there are no rehearsals ongoing, then visitors can step into the boxes. We did this last time, and it was wonderful. I kept my fingers crossed, and we again found the theater open for visitors. 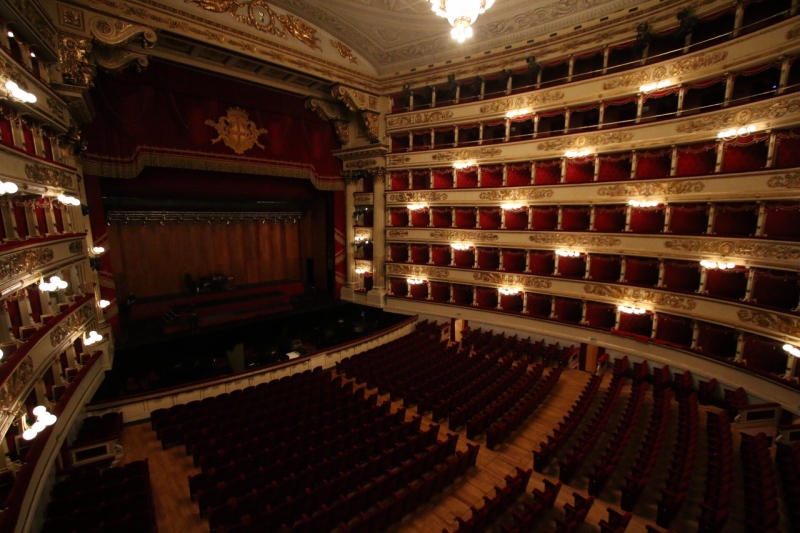 As we stood there watching the floor of the orchestra pit rise and fall, D had an interesting and astute observation. La Scala is quite small. There are, in fact, probably more seats in the boxes than there are on the floor. 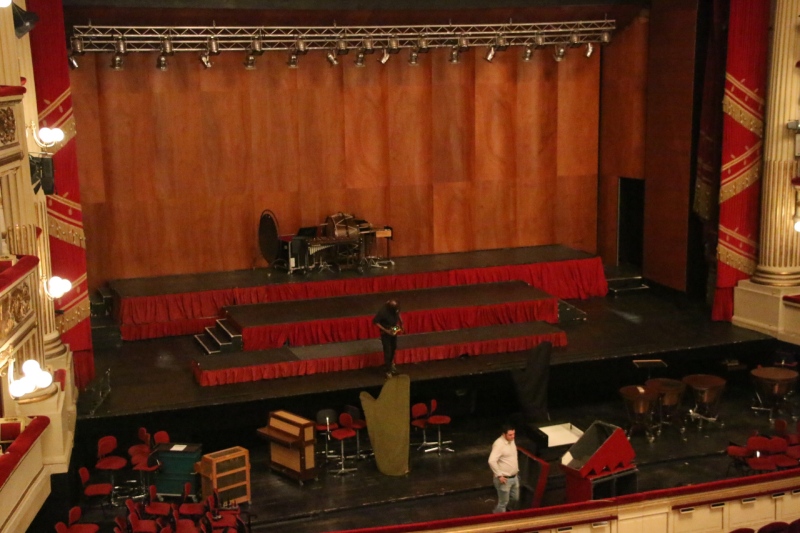 Using my camera I surmise that it looks larger because we have to shoot it using a wide angle lens. Lenses presenting a more natural point of view show only the stage and nothing more. 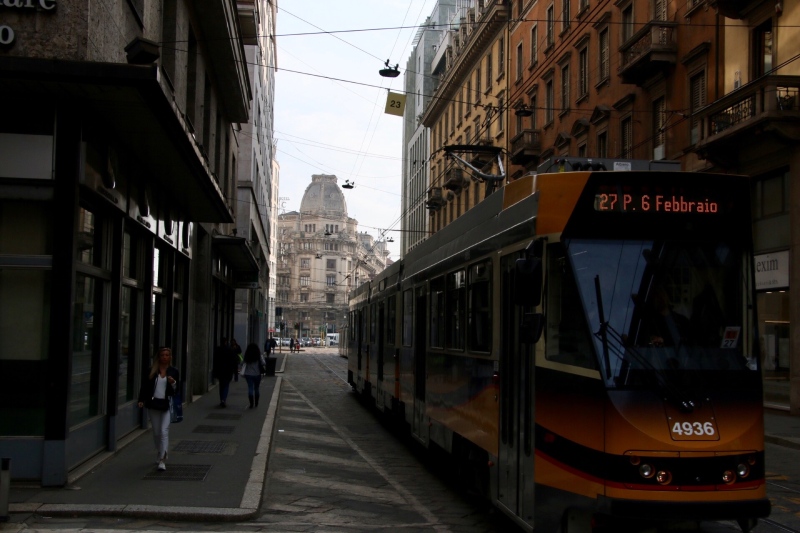 By this time we were late into the afternoon, and D was still quite jet-lagged, so, dodging other pedestrians, cars, and the ubiquitous Milanese streetcars, we returned to the hotel to complete our check-in and take a brief nap before dinner.