I have a confession: Milan isn’t my favorite Italian city. In a sense, it isn’t really particularly Italian. They obey traffic signals, scooters park in delineated spots, and they’re very organized. I prefer the relative chaos of Italy to the south.

That said, there are a couple things here that are well worth seeing. I saw them two years ago with G, and in fact, due to proximity, D and I paired them the same way today.

The first is DaVinci’s Last Supper. To get tickets, you have to go online well in advance. You pick them up 20 minutes before the allotted time, and queue up 10 minutes beforehand in a small hallway lined with pictures that describe its poor state of repair. 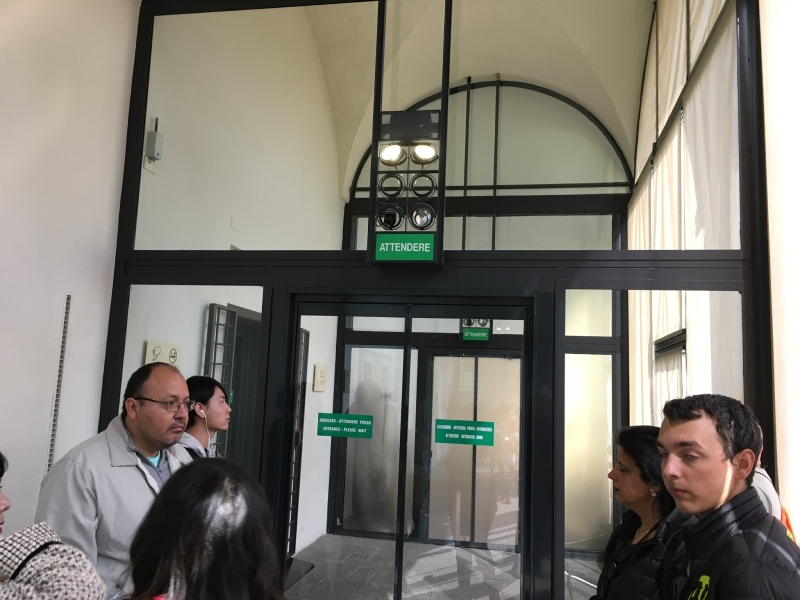 The piece itself is on the front wall of the refectory of an old monastery, not in a church. When the time comes to view it, you are escorted into the cloister of the monastery, where you enter an airlock.

Once the airlock closes, you enter a second airlock. The reason for the airlocks is the extremity of the degradation that is taking place. DaVinci used a poor technique when painting this fresco, so it is breaking down in extreme degrees. Prior efforts at preservation certainly added to the damage. 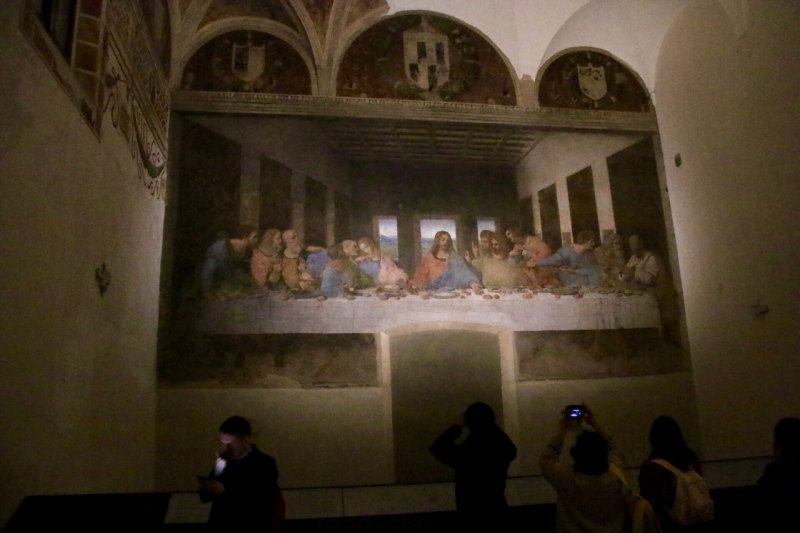 Upon entering the refectory, visitors notice a nice, but unremarkable piece on the back wall of the refectory. On the front wall, however, is a piece that is ingrained in many of our collective pschyces. (NB during my last visit we were not allowed to take photographs. Today we were allowed to photograph without flash)

When last I saw it, I still felt it was in remarkably good shape. Today I was more acutely aware of the softening of the lines and the loss of detail. It hasn’t changed that much over the last two years, but my awareness of it has.

It saddens me, but I love it still. This piece has haunted me in the last two years, and will continue to do so.

The docent signaled that our time was up, and we filed out, returning to the streets of Milan, our passage briefly interrupted by a kerfuffle with a pushy Italian who I wouldn’t let enter through the exit door.

Pausing briefly for lunch, we resumed our course to the Sforza Castle, where I yearned again to see the Rondanini Pieta, Michelangelo’s final, unfinished, pieta.

This is a work that brings tears to my eyes through raw emotion. They have moved it to a new, better, location in the museum.

Its graceful, curving form is a complete work, even if perhaps the master himself didn’t likely consider it so.

Henri Cartier Bresson, whose exhibit I saw two days ago, spoke of capturing the definitive moment. Michelangelo has done so here. He has captured that moment during which Jesus Christ, with two natures, human and divine, is dying and losing his human nature. The right leg collapses. 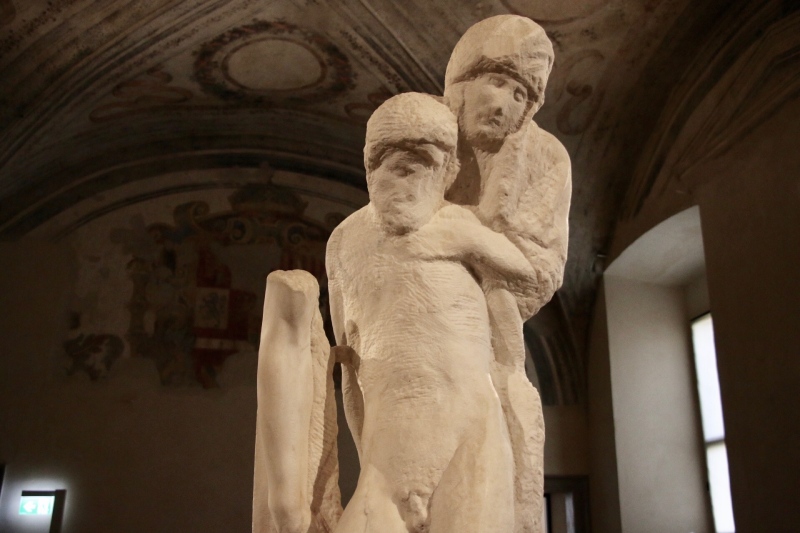 And an extra, detached, arm, hovers adjacent to the lifeless body, as his human form fails and his humanity comes apart.

And his mother, from whom he has been granted that sacred mortality, reaches to hold him up and stop his fall, doing so from the most inopportune, mechanically disadvantaged, position possible. 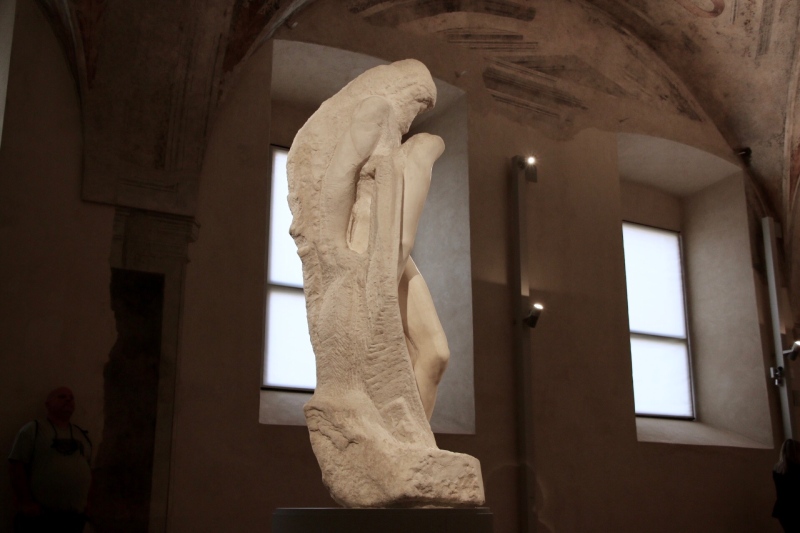 From behind, however, they are both supported, by the cup of a giant hand. 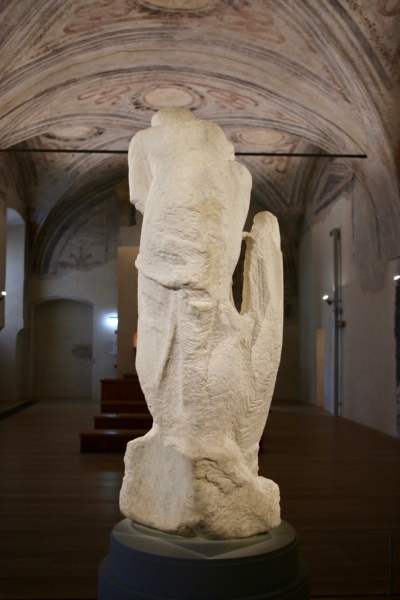 Did Michelangelo know he did this? How could he not?

By today’s standards, it is modern art, with numerous visible faces on two bodies and with redundant arms. It recapitulates Picasso. Or it presages Picasso.

It is as emotionally wrenching for me today as it was two years ago.

We step outside to gather ourselves, looking at the park behind the castle. It is a lovely warm spring day in Milan, and the break offers respite from the intensity of the moment inside.

Before we return to our hotel, we stop again to visit the Michelangelo. We have skipped the remainder of the museum – this alone is enough for today. Nothing else can compare. This is extraordinary.