Thank you for joining me on this journey, my friends. Here, briefly, is the conclusion to the story. We checked out this morning and drove an hour to the Bologna airport. There we parted our ways, with D heading into town and eventually Rome. I, on the other hand, boarded a flight to Paris where I had an easy connection to my flight home. 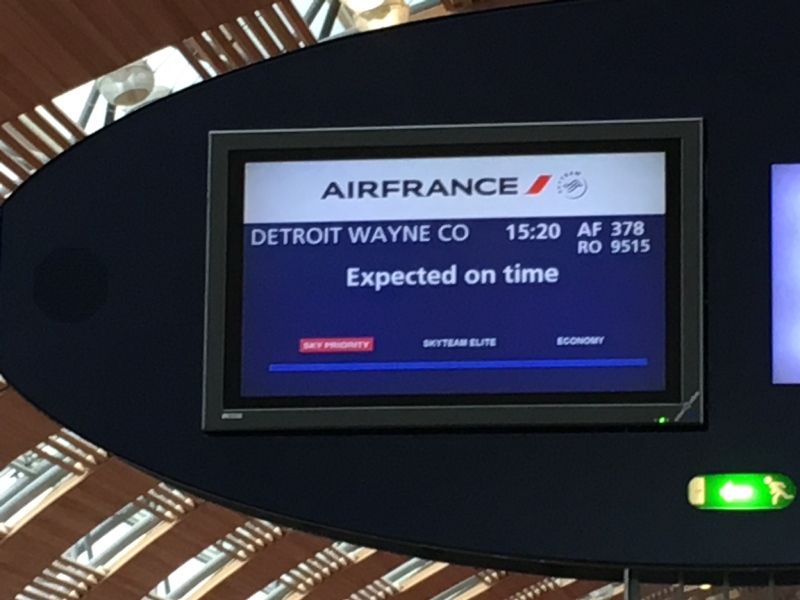 This, I would note, is incredible. Twice this trip I have connected in Paris without problem. I might have to reconsider my feelings about this airport.

One other thing. I had been dreading the flight home, with the credit-card size entertainment screen and absent in-seat power. On check-in, it got worse, as I was discouraged to find that I had been moved to an aisle seat, whereas I prefer to have a window.

Well, after much overthinking, all finally became clear in Paris. Air France has been dealing with a strike, and my aircraft was swapped out for a different plane, and because of this I was upgraded to premium economy, which entirely made up for the nonfunctional entertainment system on the way out. It really didn’t suck.

The food … well, I’ve been spoiled, but it really wasn’t bad. There was foie gras. And the dessert was decent as was the nice pear liqueur digestif.

My next trip is already planned, much moreso than usual at this point. I already have hotel reservations which is highly unusual for me. So I’ll be back in two months or so. Until then …