The ancient world calls to me, again and again. It has beckoned me since I was a child, as I checked every book on Greek mythology out of the library at our elementary school. I studied ancient history in junior high school and high school, with the Greek tales part of my studies of Western Literature in undergrad. For decades the ancients have spoken to me, and I have heeded the call when I could study that world and when I began to travel. From the time I first visited Taormina with Dad, which was my first in-person encounter with the Ancient Greeks, to my trips to Rome and Pompeii. Once again, I came face-to-face with the Greeks in Paestum, and again during an intense week along the Aegean coast of Turkey, and of course during our trip to Greece a few months later.

So today, as we arrived at the Valle dei Tempi (Valley of the Temples), as soon as I caught sight of the first columns through the passenger-side window of the Opel we have rented, I felt a bit giddy. And as we walked up the pathway to the entrance at “Portal V,” I really wanted to run ahead, skipping the ancient entryway, even though it, too, is a remnant of another time. 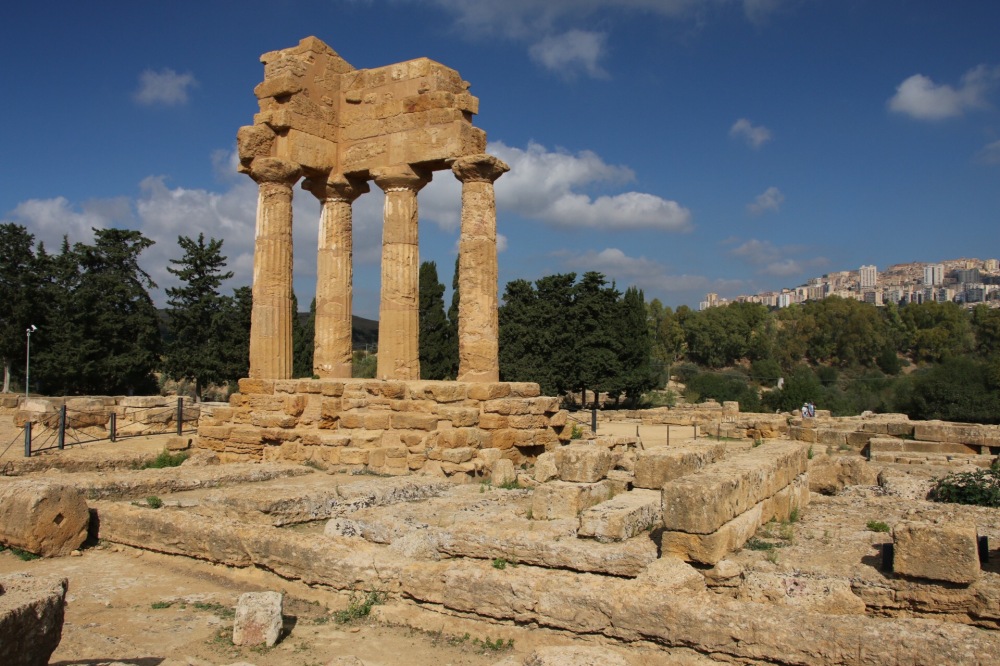 Entering the monument from Portal V, the first thing that you see is a reconstructed corner of the Temple of Castor and Pollux (Tempio dei Dioscuri). D and I later decide that this is a great place to start the day, because the Valley of the Temples is simply amazing, and this is probably the least impressive sight of the day. And it’s pretty awesome. But had we seen it last, rather than first, it would likely have evoked a yawn.

Disappointingly enough, this turns out to be a 19th century reconstruction using pieces scavenged from other temples, but even that knowledge does little to detract from the spectacle.

The name, Valley of the Temples, is a misnomer. In truth, the temples all sit on a ridgeline, so they’re not in the valley at all. Then again, there is nothing mystical about the name “Ridgeline of the Temples,” so “Valley” it is. 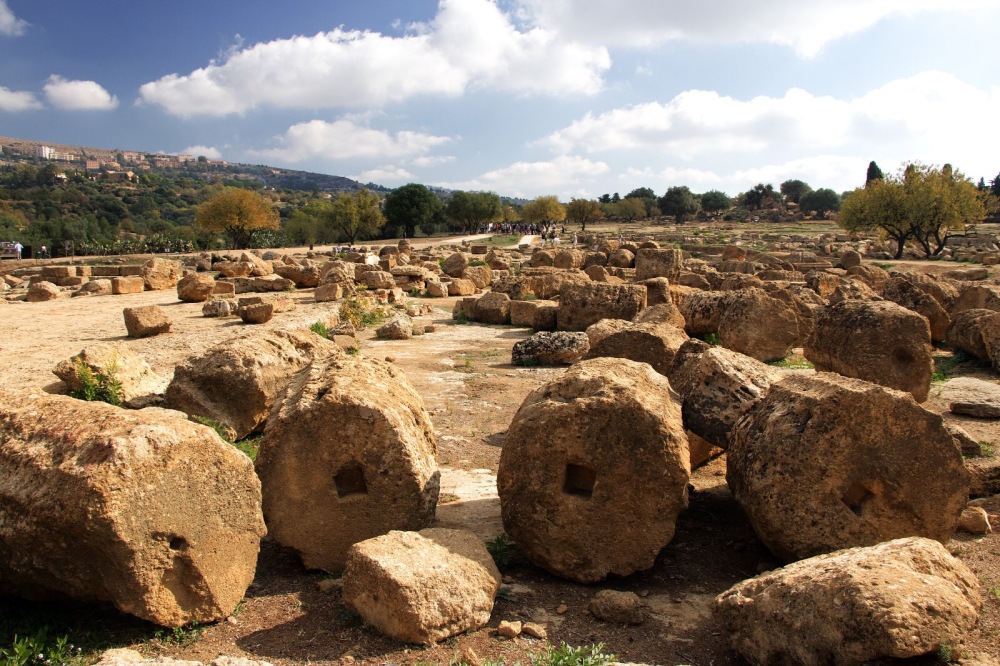 These columns lay scattered on the ground near the Tempio dei Dioscuri. I’m not certain what structure they once were a part of, but they reminded me of the fallen temples in Priene.

We had started near the western extreme of the archaeological site, and were now headed toward the east. We next came across a field strewn with massive carved boulders. 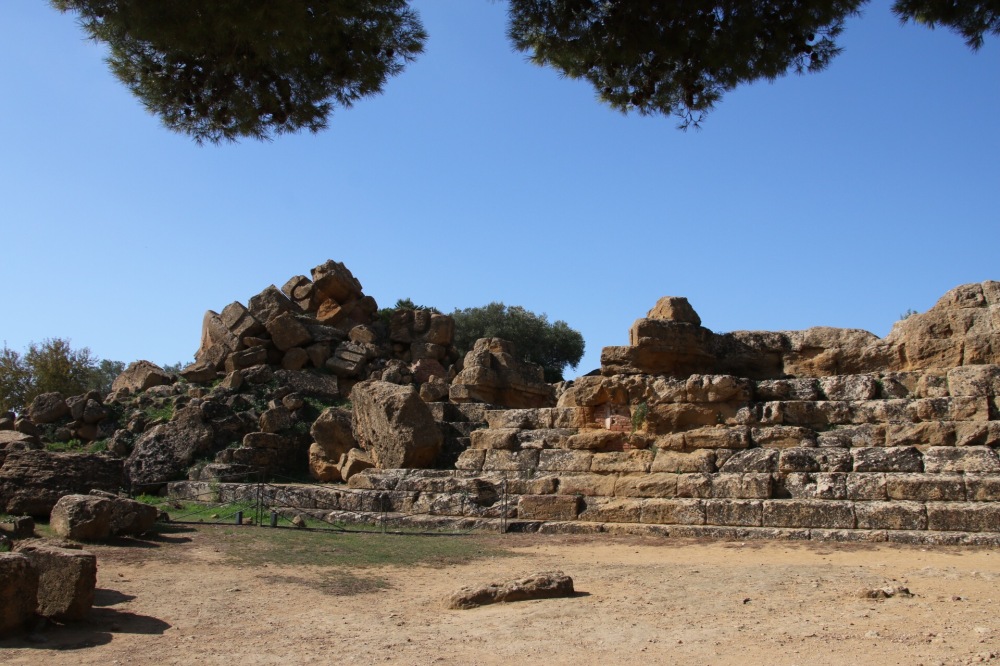 As we turned the corner, as sign indicated that these were part of the Temple of Zeus. Interestingly enough, I didn’t see any obvious pieces of columns, and since Wikipedia indicates that the site was used as a quarry in the 18th century, I can only believe that they were intentionally removed. 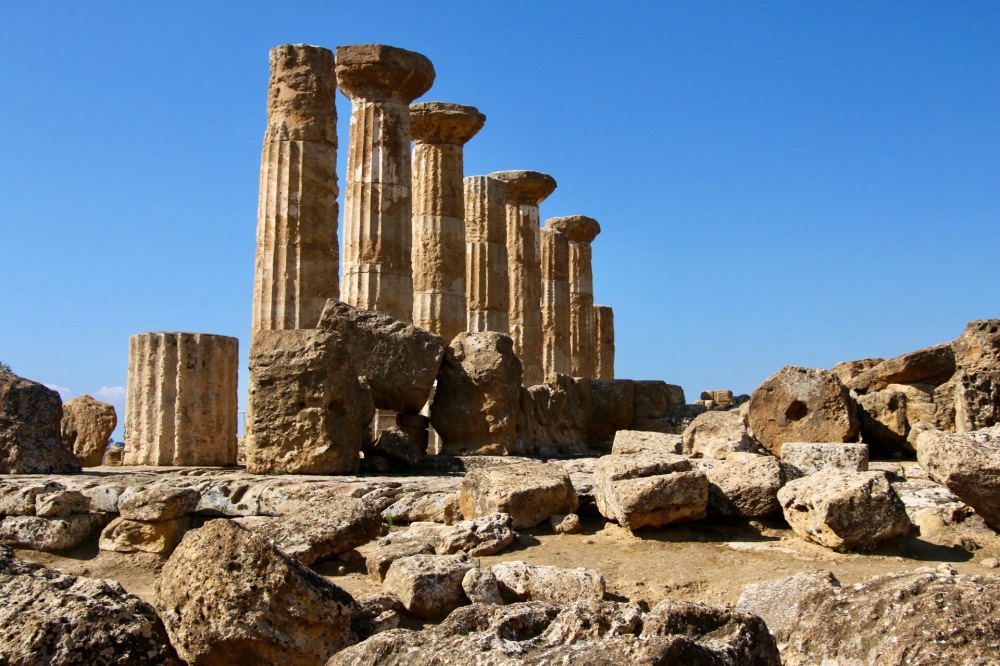 Progressing westward, we crossed a bridge and approached the Temple of Hercules, with its few remaining columns. This was the oldest of the Temples that once stood here, dating to the 6th century BC. We can see the way 2600 years of weather have worn the stone bare in spots, the capitals barely maintaining their classic Doric shape.

For a time we lingered here, feeling the age of the stone and the work of human hands. To our south, the Mediterranean stretches to the horizon, and to the north, above us, is the modern city of Agrigento.

When initially constructed, Akragas, as the city was then known, was the fourth largest city in the “known world” (whatever that means), and these were some of the greatest structures in the world. I am sure their makers thought there could be nothing more permanent than stone. And yet, they now stand as little more than rubble.

Continuing our walk, we pass a modern building to our right, and the path before us rises to the grandest of the remaining structures, the Tempio della Concordia. And it really is spectacular. 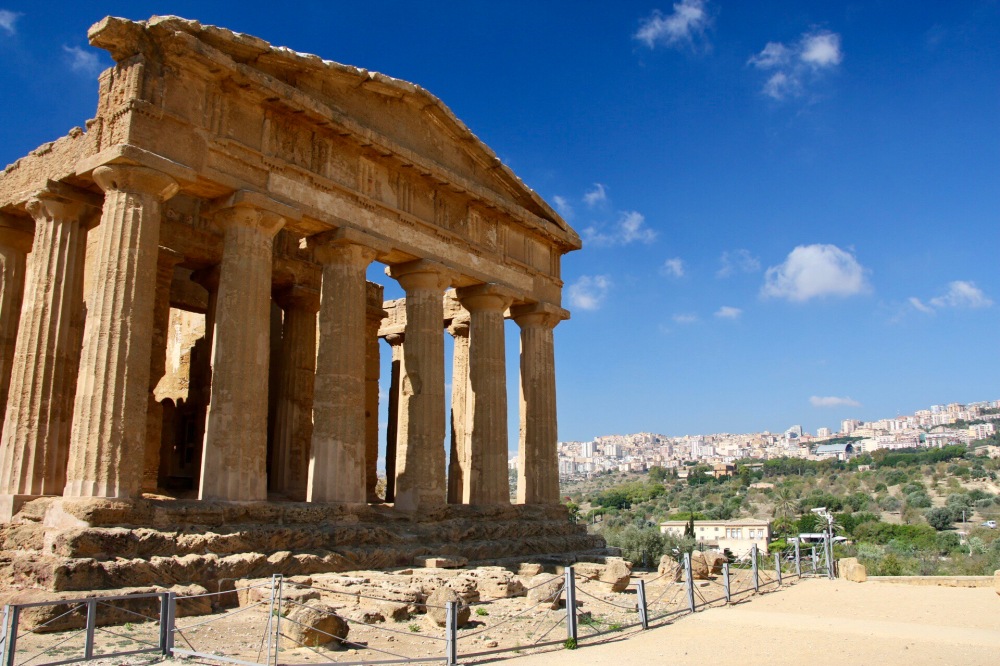 This temple is unique. While many of the temples I have visited have fallen over the centuries and been reconstructed, Tempio della Concordia is different. During the 6th century, it was converted to a church, and thus maintained over the intervening millennia.

It is constructed of luminous gold stone.

From every angle, it seems to change, as the light crosses its uncounted passageways. There is always something more to be seen.

We pause briefly for a sandwich and a glass of fresh squeezed pomegranate juice, contemplating the sights around us and the people who lived here. Hovering above us is the last of the temples, Tempio di Hera. 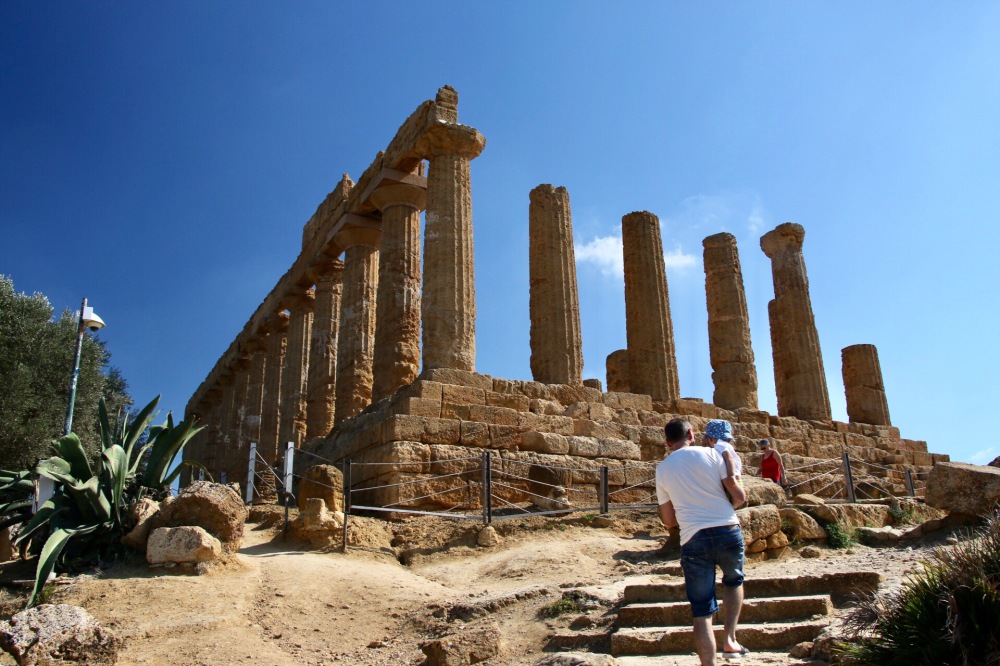 At last, we approach the temple. I take the first set of steps. D hopes to avoid them, but merely finds a different staircase. 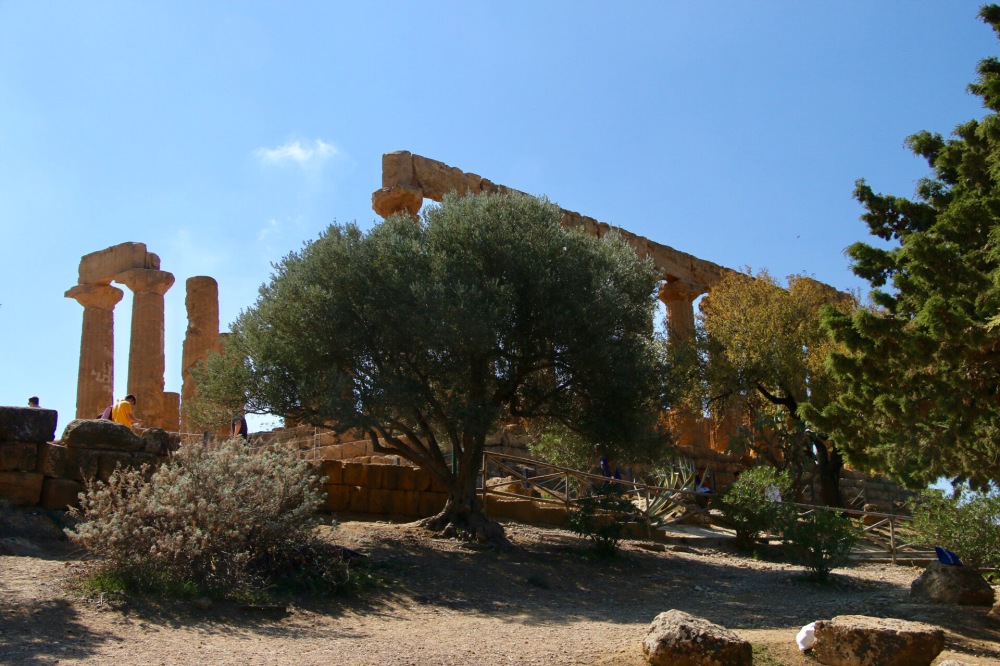 This is not in the condition of the Temple of the Conchords, but nothing is, really.

This is the highest of the temples, and from here we can view the entire site. It is a magnificent ruin.

And with that, we turn our steps back to the car, now 2km away at the other end of the Ridgeline of the Temples. What a day!

One thought on “It’s Not A Valley. Why Do They Call It That?”