I leaned back in the bed getting ready to start writing for the evening, while texting my family. As I did this, I felt a tremor, and heard the creak and sway of the building around me. I thought “I’m over water – could that be some sort of wave?” No it wasn’t the water. And I thought “Is this an earthquake? Does Honduras get earthquakes?”

Well, maybe start getting out. By the time I started to consider that, the earthquake had stopped.

That supersedes the other excitement for the day, which wasn’t much to be honest. As we motored out, heading east from our cay, dark grey clouds loomed to the west. We didn’t really care too much because we intended to be under water the entire time, although rough chop could certainly affect exit and the trip home.

Our first dive was Calvin’s Crack. 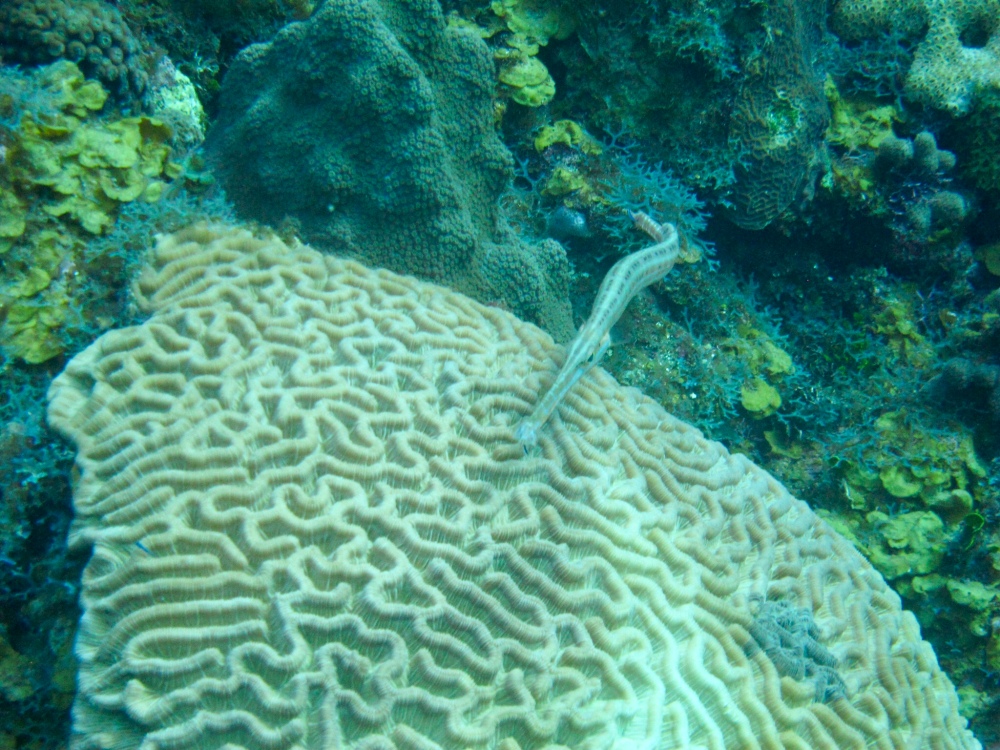 This trumpet fish greeted us at the site while we awaited the arrival of the rest of the team.

Once we were all in the water, the first thing we did here was a swim-through. We started by swimming down into a canyon through a small-ish opening (perhaps 4ft x 4ft), and then following the canyon downward until it opened at about 90 feet depth. 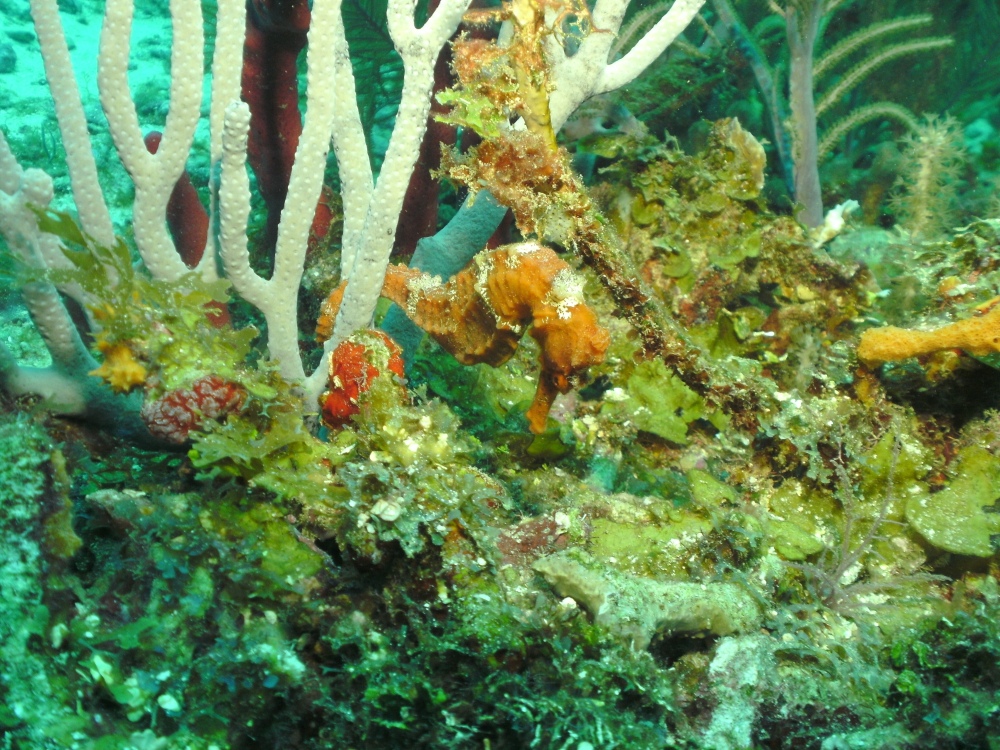 After that, we explored a bit more, seeing orange and yellow seahorses, which are always serene and lovely. 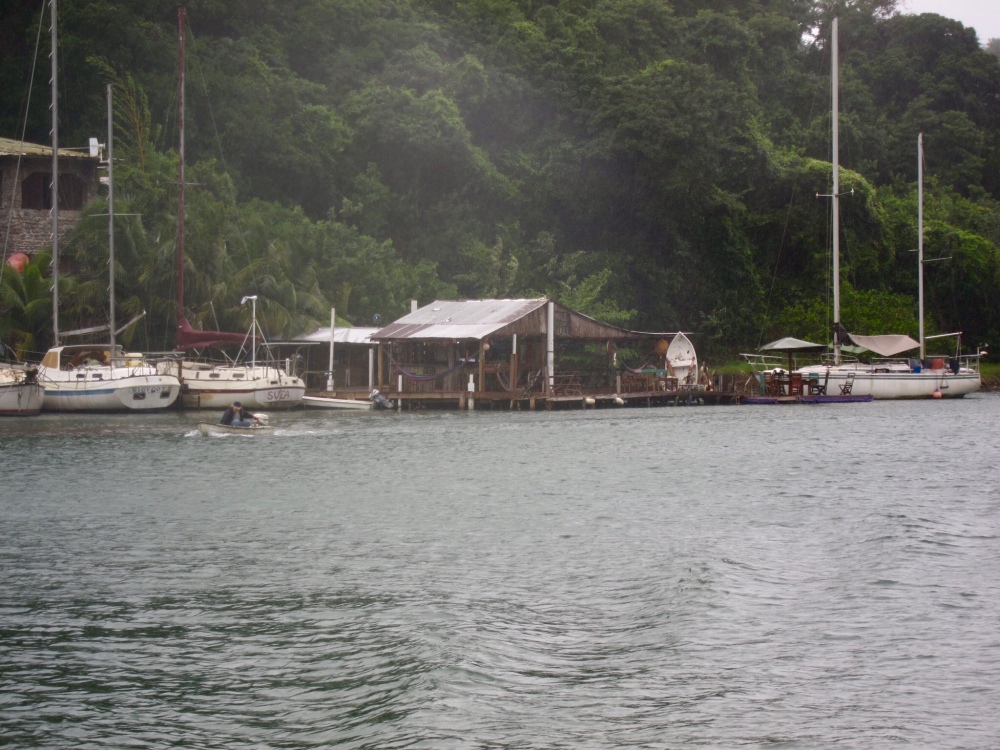 Surfacing at the end of the dive, we found a steady rain falling, and unbroken clouds above. We climbed aboard and stood there shivering in the chilly breeze. We stopped for an hour or so in a dive bar called Hole in the Wall. The hippie bartender, originally from Connecticut, spent a great deal of time trying to light his pipe. I’m not certain that he ever really managed to get it lit, however.

On the way back, we did another dropoff dive at Newman’s Wall. We considered not doing the dropoff dive, but most of us decided it was warmer in the water, and we were correct.

Our first dive of the afternoon was in the Valley of the Kings. And what a dive it was!

I didn’t take my camera on this dive, because I’m in the process of getting my “Advanced Open Water” certification and didn’t want the distractions, so these are B’s photos. 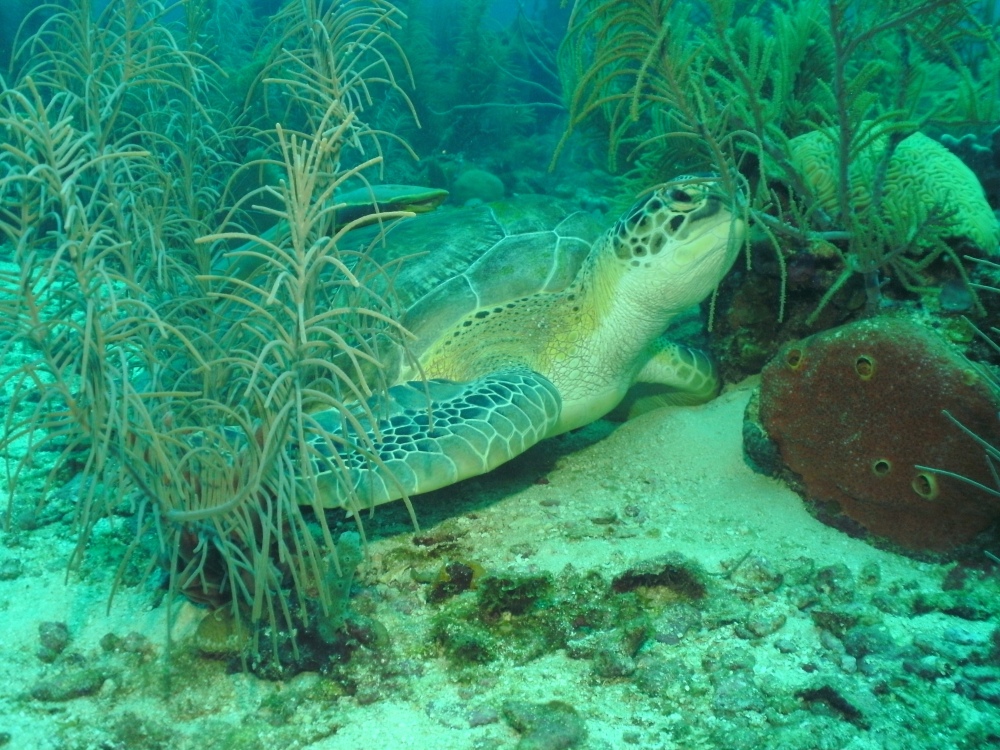 The green turtle, chilling there on the bottom while the remora clean his shell, was absolutely awesome, and for me was the highlight of the dive.

A pod of dolphins swam overhead, but I mostly missed them because by that point I was focusing confusedly on my compass. I can’t use these things above ground, nonetheless submerged.

We concluded the dive and returned to the boat. 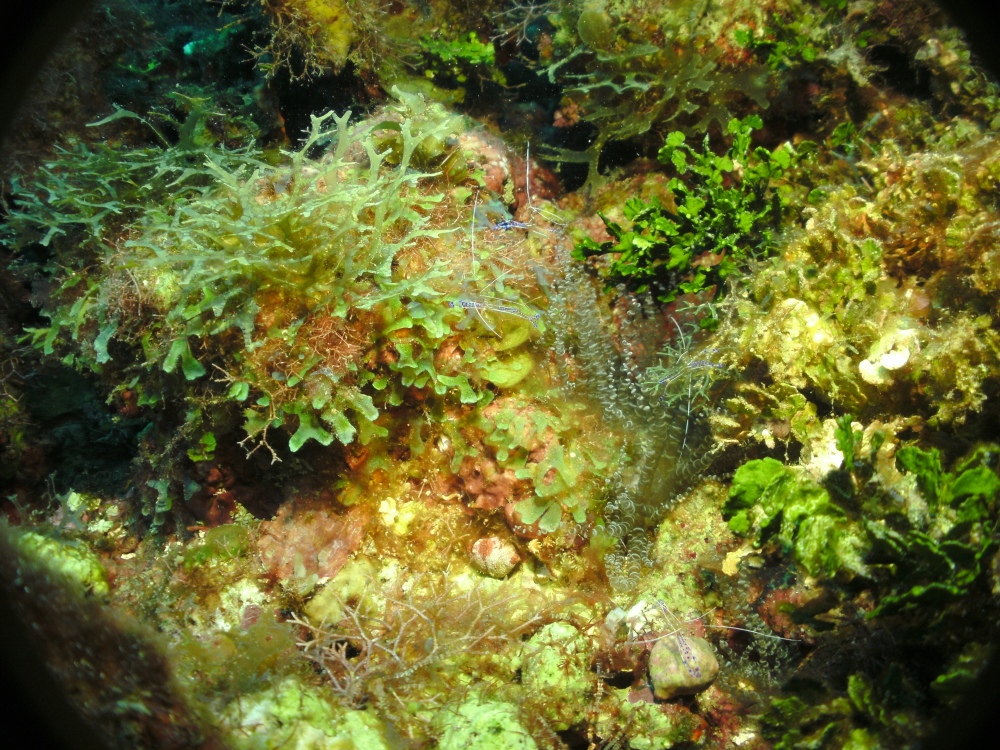 After that, J and I (he’s the instructor) did another dropoff at the wreck and practiced navigation. My compass use went much better this time, so that’s progress. Also, there are quite a number of amazing species right in our front yard, including cleaner shrimp. Those are both beautiful and fascinating.

So it was a fruitful day for me, with some remarkable highlights. Come to think of it, I think the turtle is better than the earthquake.