There’s something luminous about France, and I don’t know that I’ve really understood it until now, and I’m still not entirely certain that I do. I’ve heard about it before, but didn’t quite have a grasp of it.

Maybe it’s in the angle of the sun and the way it refracts through the lens of the atmosphere before it strikes the dappled leaves. Maybe it’s just the season. Or maybe its the humidity in the air or the pollen. Whatever it is, there is an ephemeral quality to the place that is absolutely arresting.

I started out this morning without D, who was resting his ankle, and I crossed the river again to the Vieux Lyon to visit the church of Saint Jean. As I rounded the corner of the cathedral, the honeyed light of the cool November sun whispered through the cachectic branches of these trees, stopping me in my tracks. 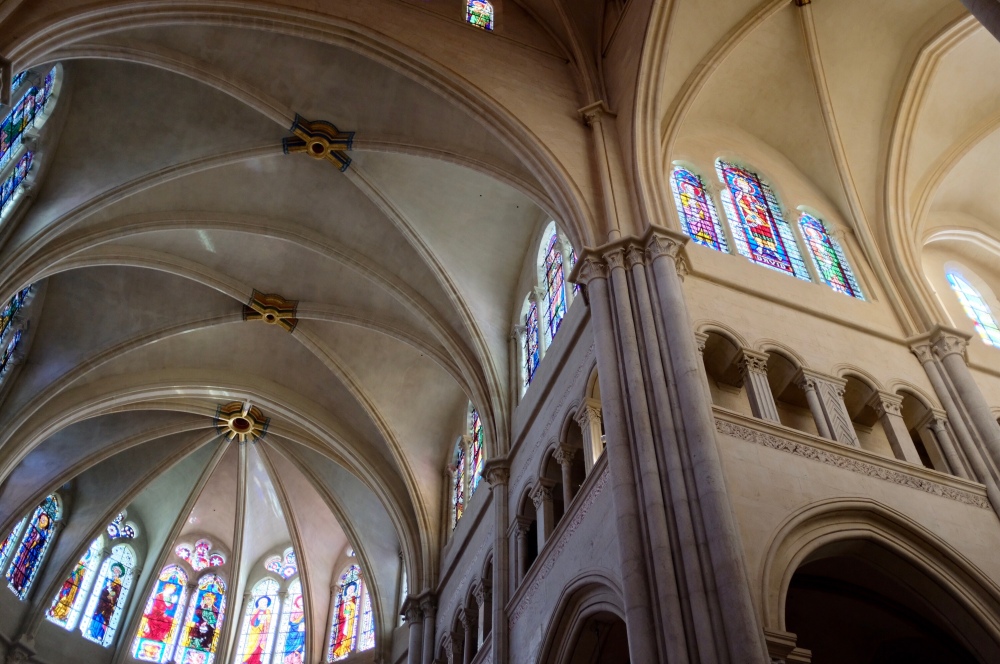 Within the walls of the sanctuary, built on the cusp of the Romanesque and Gothic styles, the stained glass shone brightly in the clerestory, illuminating the vault completely, and more than I think I’ve seen elsewhere.

Even this rose window in one of the side chapels, which so often are murky and somber, brought a radiance to the otherwise grey stone.

There is an astronomical clock in the cathedral, but it stopped working in 2013 and nobody knows how to fix it. I looked at the face and couldn’t even figure out how to read it. Personally, I guess this was an exception, as I was not illuminated.

Back into the street I wandered where my footsteps would go, through the straw colored sunshine in the streets that paralleled the Saône, eventually turning back to the river and to the hotel. 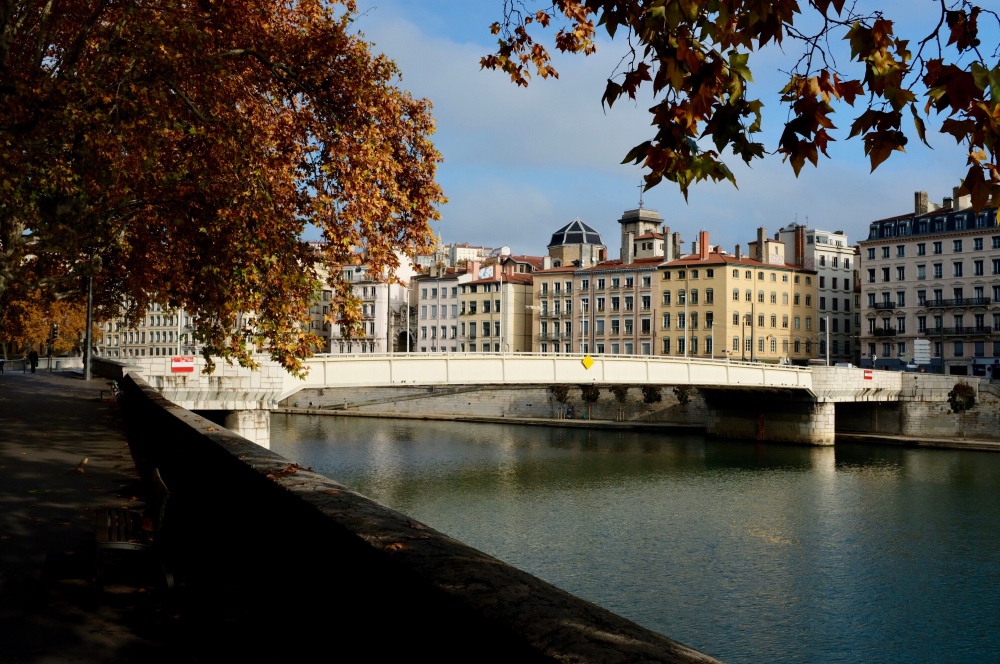 It is D’s birthday so for lunch we went to one of the more famous restaurants in town. I always approach such acclaimed restaurants with a degree of trepidation, especially when founded by famous chefs, but in this case there was no disappointment, just landmark onion soup.

And then we returned to our hotel to gather our things, because our next destination awaits and we can tarry no longer in Lyon.

And so with the early-setting sun hanging low in the sky, we boarded our train, hurrying frantically northwest and leaving vineyards and cows and fields and windmills in our wake.

Well after the sun had gone from the sky, we found ourselves in Paris where we checked in to our hotel and found dinner (which paled in comparison to lunch). Afterward I stepped out into the dark of the Parisian night. 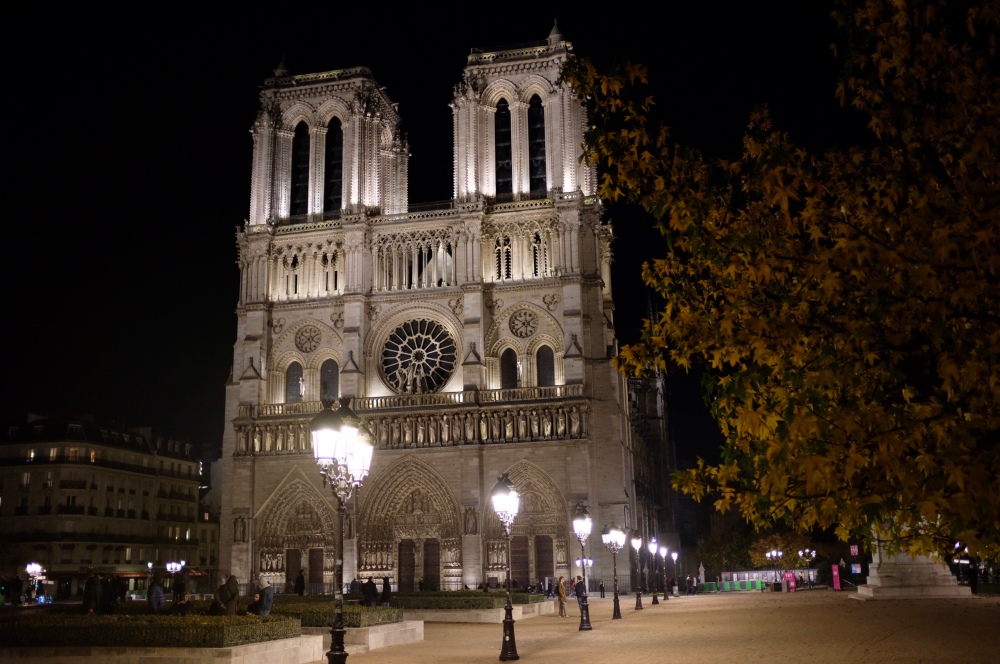 Notre Dame is nearby, a beacon lighting up its corner of the island.

From all across the grand cathedral, the noble faces of saints peer out from the shadows, their eyes piercing if you look too long.

Across from Notre Dam, this is the Prefecture of Police, lit up in shades of Red, White, and Blue.

And somewhere in the distance, the Eiffel Tower sparkled at me though the darkness. At long last, after so many years, I am in Paris, the city of lights, and the rumors are true. It is luminous, indeed.