I have a confession. Yesterday was an absolutely lovely day, which was reflected in a certain dreaminess and optimism of the post. That doesn’t reflect the reality of what I’ve experienced here, however, as the weather has been mostly inclement, ranging from blustery and cold to grey and drizzly. To put it bluntly, I’ve spent most of the last week in Eastern Europe. It’s been Bucharest with pâté.

Today was no exception, as the unbroken canopy of gloom blanketed the earth closely, insulating it from the wider world and shrinking the city. Still, as we walked through the streets of Paris, the massive scale of this place is daunting. I reflect on the other great cities I have visited, Vienna, Rome, London, New York, Istanbul, Tokyo, and and Washington DC. They are all distinct in my mind, and Paris is no different. As I try to draw comparisons, this city is probably most like DC in its grandeur, but it dwarfs it in scale, nobility, pride, and history. I suspect that from a historical perspective it may be most like ancient Rome. 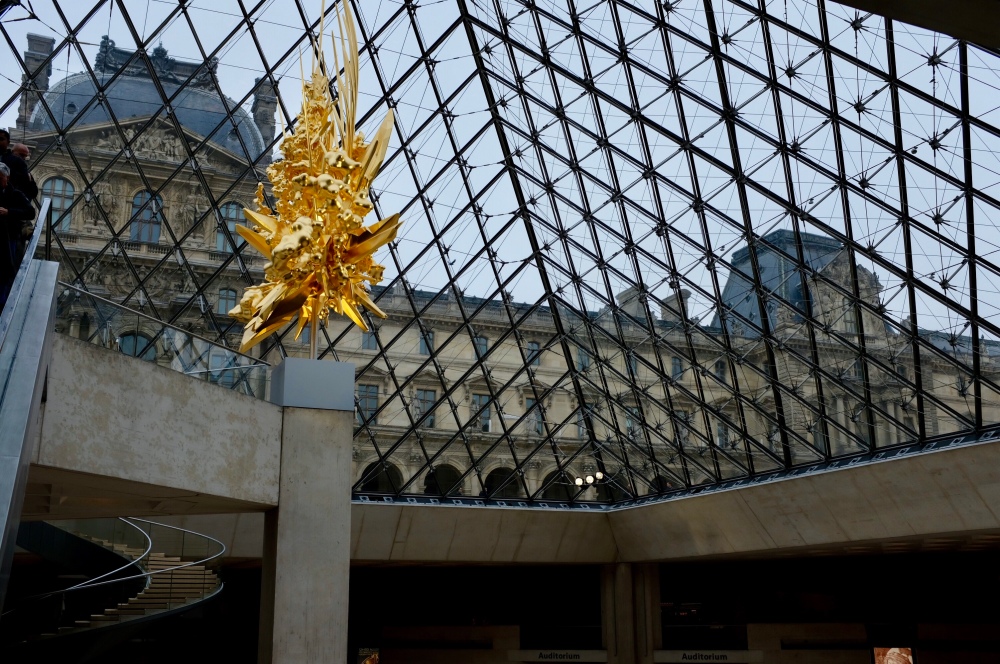 Most of these cities are places that I have loved, but the greatness of some of them is now mostly historical, and in these places the most massive and elegant buildings have tended to be vestigal skeletons of another age. Others just don’t have the eminence and magnificence of Paris. Here, when we walk down the street we are encompassed by colossi of the present.

With the weather what it was, today was a perfect day to spend inside, in the Louvre. The Louvre is the largest museum in the world, and it’s enormous. When we first saw it from the street (the back side, not this view), D commented on its scale.

Within, the galleries were packed, which makes me wonder how intolerable the place must be during the high season.

Prior to being a museum, the Louvre was, in fact, a royal palace. Peeking out the windows simply reminds visitors that the museum here is part of the art, and in a sense the collection extends beyond the pictures and sculptures on display. For example an impressive array of statuary stands outside on balconies and terraces. 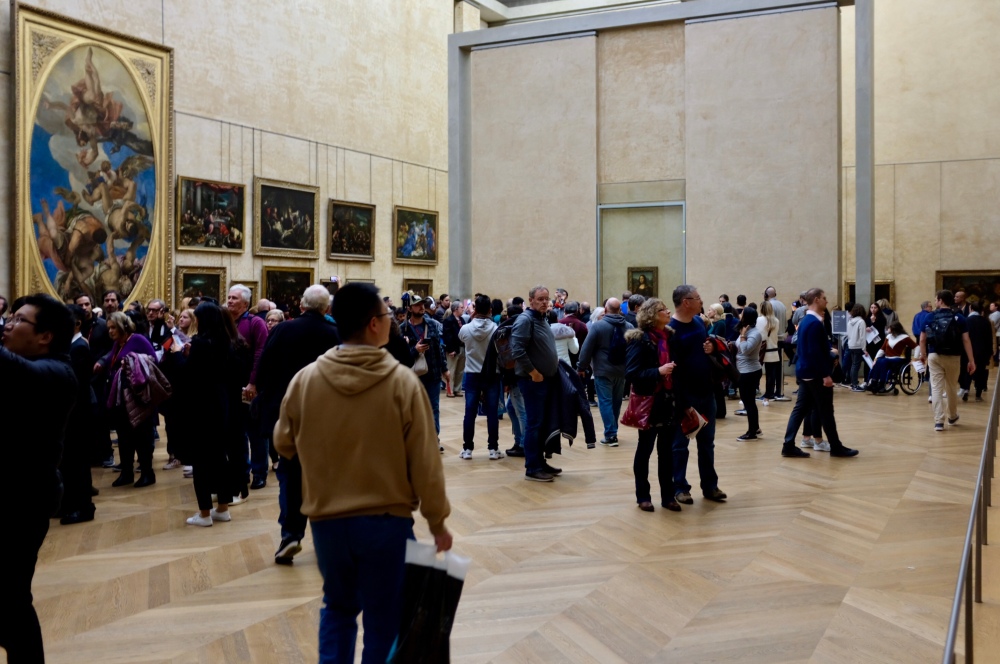 We went to see the Mona Lisa, of course. That’s what everybody wants to see. This is a photo of the crowds trying to look at the relatively small painting in the center. It was nice.

Much more riveting for me was the Winged Victory of Samothrace, an Ancient Greek depiction of the goddess Nike uncovered on the small Greek island of Samothrace during the late 19th century. It is an absolutely spectacular piece in its proportion and its detail.

The goddess stands on the deck of a boat, and unseen in the depiction, but clearly understood, is the gusty wind and roaring surf in which she sails. These things are made clear to the viewer in the cant of the hull and the way the wet, lacy, and translucent, cloth wraps sensually around her waist.

It is beyond enthralling.

We don’t even attempt to try to see a significant proportion of the art on display. In reality, any attempt to take in more than a few choice pieces would quickly result in overload. It is enough to stroll through the opulent hallways, enjoying the moment. 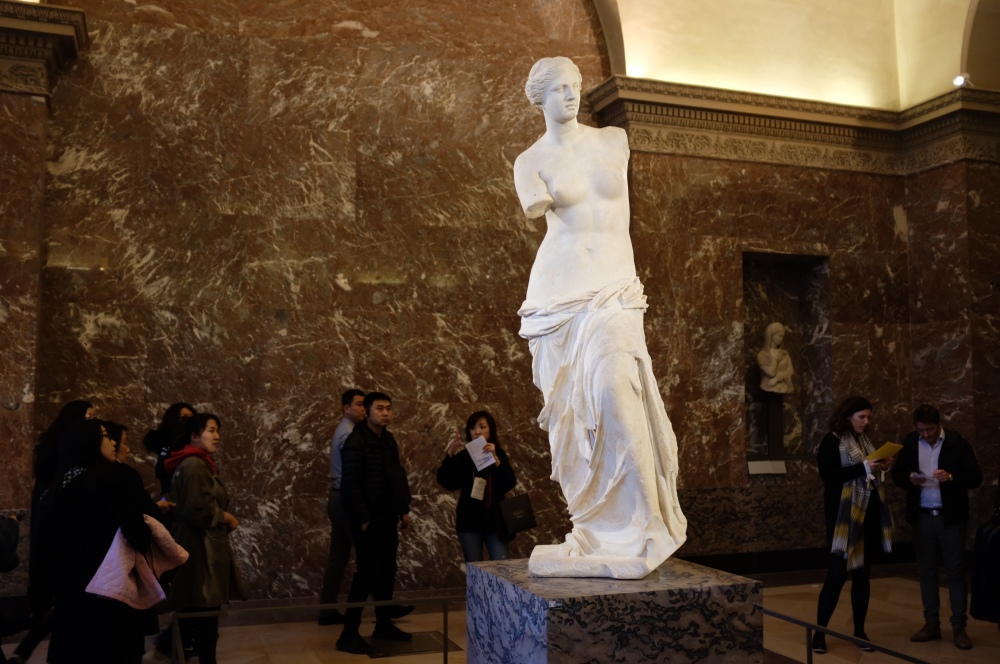 In the Ancient Greek galleries we find Venus di Milo. Her face is elegantly depicted, even if the proportions of the waist are a bit distorted.

And further back still this ancient sculpture of Hermes Tying His Sandal draws my attention. As with many of the sculptures of this era, it is a Roman copy of a long-lost Greek original, in this case dating to the 4th century BCE. It is wonderful.

In the basement of the Louve we see the medieval foundations that remain from the first incarnation of this palace. And then, finally, after crossing through the Ancient Egyptian wing, we are at the exit, and our pathway drops us ignominously into a shopping mall. It was a nice shopping mall, but it was still a mall.

We sat in the food court (they have them here too) for a cappuccino while D phoned a family friend, M, who lives in town. With a finalized plan to meet him for dinner, we stepped onto the Metro and headed out into the Paris suburbs where he awaited. The neighborhoods on the periphery are not marked the outsized structures of the center. Far from the puissance of the city center, we walked down wisteria-enrobed pathways before finally settling into a dinner of duck, featuring recipes from Southwestern France. And the evening was perfect.