The brutal surge of the waves came at me and threw me mercilessly against the rocks and embedded sea urchins one more time. I had swum in too far before deciding to remove my fins and couldn’t establish footing long enough to remain standing. Another wave surged against me knocking me down again. The guide book suggested the Red Slave dive site could be challenging, but this was becoming embarrassing.

We had started the morning more simply with a two-tank boat trip. Our package included 6 boat dives, and although Bonaire is known for its shore diving, there are places that just can’t easily be accessed except by boat, which is what they said they want to do when choosing locations.

As we motored south from our resort, mooring not far from shore at a site called “Something Special,” my first instinct was to be annoyed, because this could definitely be done as a shore dive. My second consideration was that parking the truck here might not be easy, and I fully intended to make the best of it.

Our first encounter with this site had come two days earlier on the recommendation of another diver who declared it as “Something Special.” Only after some confusion did we recognize the accolade actually being the name of the site. 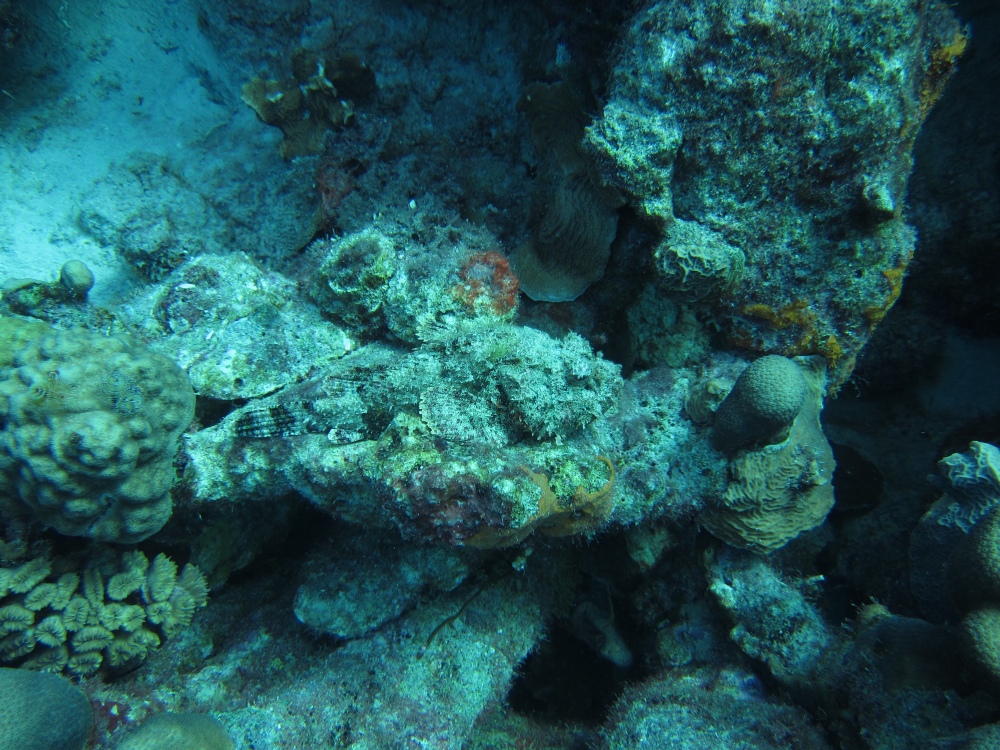 And the dive really was spectacular, with two scorpionfish and their elaborate disguises.

This flounder finished things off.

And in between, we saw more sea snakes, and this eel as well.

To the west of Bonaire is a small, mostly unpopulated island, Klein Bonaire, whose apex barely rises over the crest of the ocean waves. Klein Bonaire was our next destination, at a site known as Captain Don’s Reef. 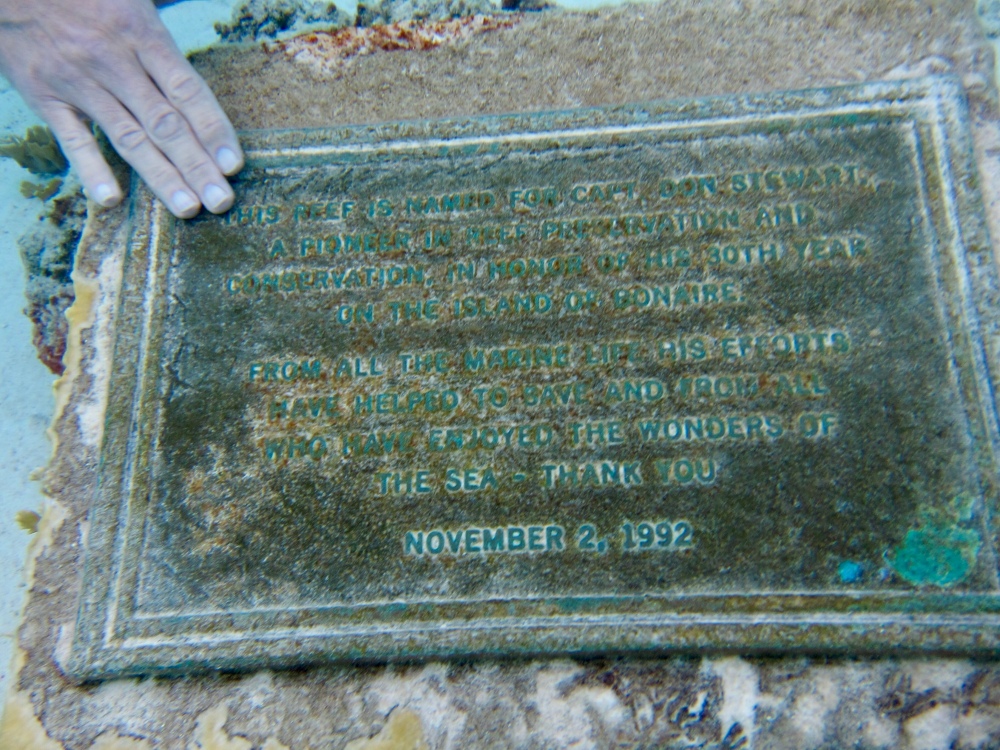 Captain Don was a naturalist dedicated to preserving the reefs, and he was an institution here, so they eventually named this reef after him.

Although I don’t have a lot of specific highlights, this was definitely a site worth seeing – exceptionally well preserved. This porcupine (puffer) fish certainly agreed.

As did this guy.

After this dive we were felt a calling, of sorts, to return to the location of yesterday’s ignominious defeat. Indeed, we drove far to he south to complete a dive at Red Slave. I don’t know why it has called to me, but the woman yesterday reported seeing turtles there as well as rays, so we felt a compulsion to dive there.

We were met there by two men from Holland, one of whom dove with gloves, which is forbidden here (people with gloves tend to touch and damage the reef more). In the end they saw an eagle ray, but we, sadly did not.

This dive site was actually disappointing, the most remarkable thing being a fish highway that sat in our path. Although Bonaire is not in the path of many hurricanes, there has been substantial damage here, possibly from a recent tropical storm or hurricane. Further, the currents from different parts of the island collide here, so overall it was a somewhat disappointing site.

We discussed this all in the evening as we watched the sunset and enjoyed our complimentary “welcome rum punch” in the bar. And it was still a great day.