There are certain iconic images that touch our lives, depictions that we see again and again. They stick with us, even if we don’t alwyas pay them much heed, and they occupy a few dusty neurons at the back of our brains until at some point we come across them in the real world. And when at last we do so, those neurons fire off in excitement with their decades of pent-up energy.

One of those images is that of leaping from a cliff into a pristine blue ocean. We have all seen this a thousand times; and today, as I stood on the edge of the low precipice at Oil Slick Reef, under the azure dome of the sky and the blinding light of the afternoon sun, my neurons were all aglow.

It admittedly wasn’t a tall cliff, perhaps only 4 feet above the waves. And rather than jumping in just a suit, I was encased in a wetsuit and weighted down with my gear. And it was more of a stride than a leap, but still it was still a singular experience. And it was a near-perfect moment for my mental scrapbook. 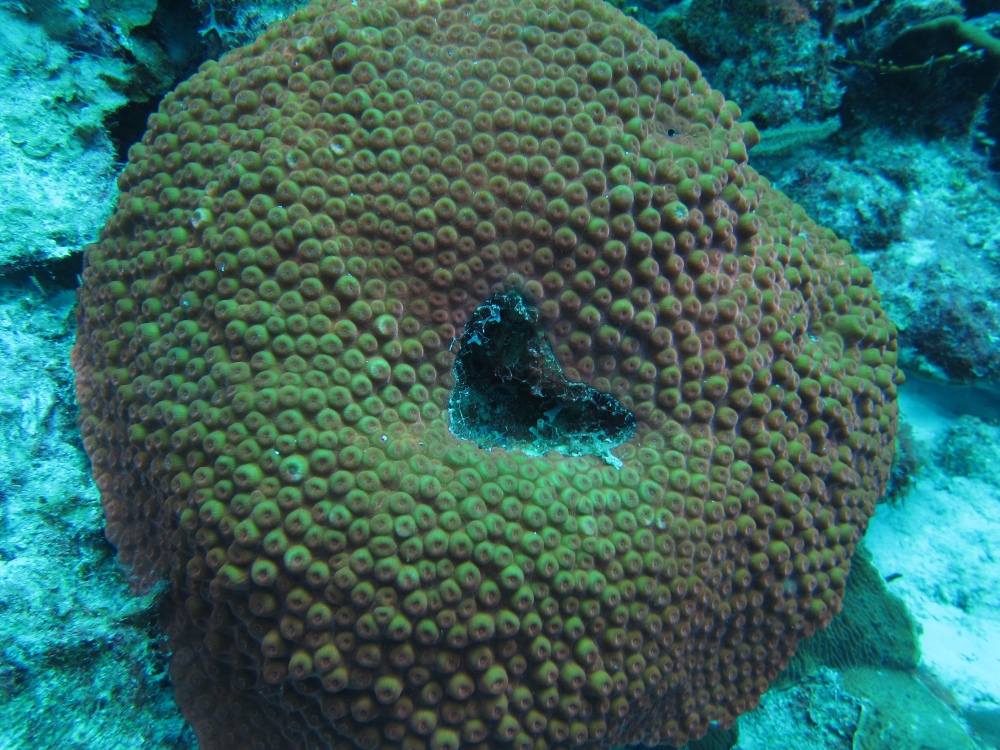 Oil Slick Reef sits north of our resort, and this afternoon is the first time we have dived this part of the island. As we walked away from our truck and prepared for the dive E greeted me, reporting that G has hurt her leg and isn’t diving much. I am honestly disappointed that I haven’t crossed paths with her more, but the structure of our days here is very different from Roatan last year, so in many senses I’m not surprised. Disappointed, yes, but not surprised.

How was Oil Slick? It was sublime. It was a calm beautiful dive with stunning sea life of all sorts. I was admittedly distracted because I’m still looking for rays and turtles, and E reported seeing them here, but once again we had no luck. We really aren’t catching a break on this front.

The morning hadn’t been any more successful in that regard. We started the morning with a boat dive to Klein Bonaire. The reef this time was Joanne’s Sunchi, “sunchi” being a local word for “kiss.” 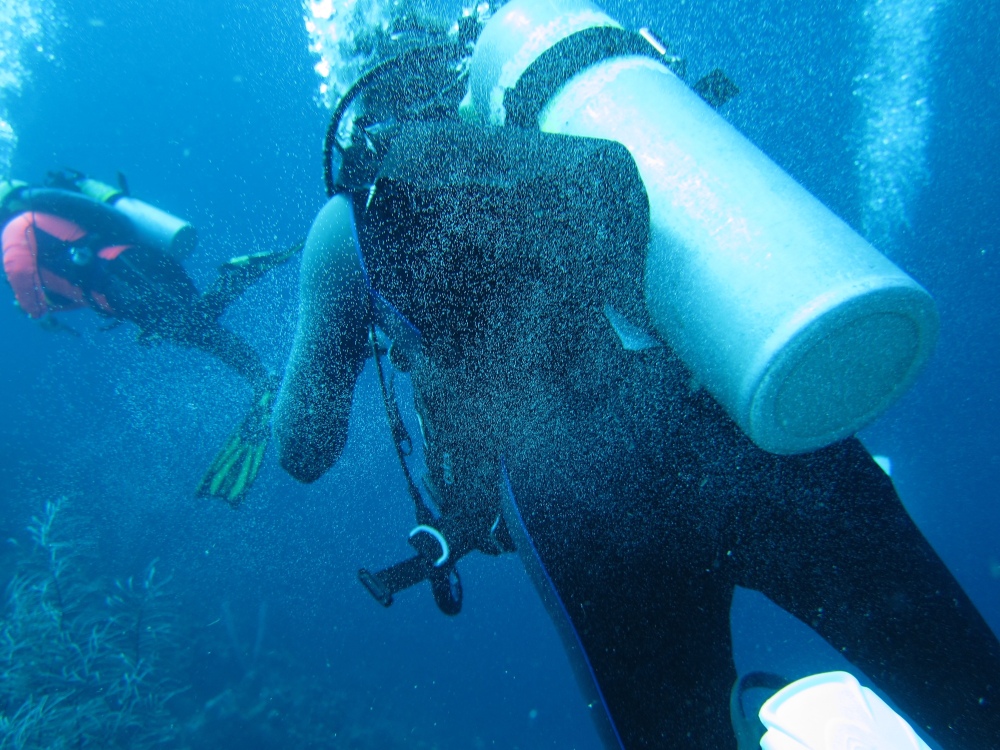 Much like the later dive, it was really just a lovely way to spend the hour, floating nearly weightless in a calm ocean with the rhythm of the reef and other divers surrounding us. 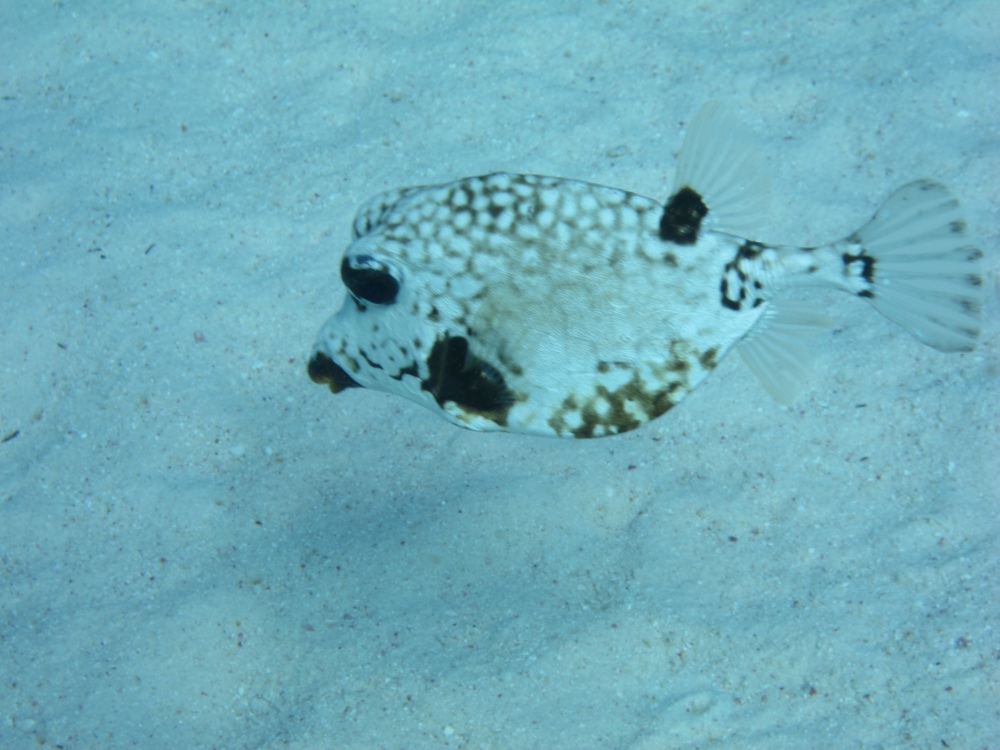 There are oodles of trunkfish here, and I love them, as they swim with an unbalanced bobbing motion.

My highlight of this dive was probably this lettuce leaf slug. I haven’t seen one before and it was pretty amazing.

Following the afternoon dive at Oil Slick Reef, we drove north to where the island roads become one-way. This took us past groves of cactus and through the town Rincon, which seemed pretty desolate. I’m not certain if it was the time of day or some other reason, but M doesn’t want to return, despite the presence of some highly rated restaurants, and I don’t know that it’s a high priority for me either.

For dinner we braved the night-time roads with a trip to the pastel-toned town of Kralendjik. On some level, as the driver, I was concerned that parking might be a challenge, but it was simple. I guess there was no good reason for concern, but as my readers know, I’ve had parking tickets elsewhere.

Seating at the restaurants was easy, as we arrived at dinner long after the day’s cruise ships had departed, so there were plenty of tables available at good restaurants.

And as the sun set into the sea to our west, we sat talking over wahoo and pasta. And it couldn’t have been a better evening.