Sometimes I don’t notice things that might be obvious to others. Sometimes I’m oblivious and I completely miss seeing large signs with boldly printed warnings. Sometimes I walk into a church and start taking photos without really thinking about it, which shouldn’t be surprising as most churches do allow this. And sometimes I don’t notice the voices speaking sternly overhead or the large Italian man storming angrily at me brandishing a microphone.

Well – eventually I do notice that and put my camera away, with many an apology and attempt to placate. For somebody working in a church, he’s a pretty angry guy. He should work on that.

I was in the lower basilica of San Francesco d’Assisi when this happened, and really hadn’t been paying attention to the extensive signage on entering. When I walked in I was mostly taken aback by the massive mob of pilgrims who were waiting to enter the crypt where Saint Francis is buried. I’m not used to seeing crowds like this, because I don’t usually travel in the high season. But here I am, in the province of Umbria, Italy, amongst the masses of tourists.

I came to Umbria because it’s near Florence, which is where my conference will be. I’ve come a few days early and was hoping that this extra time can be spent far enough off of the usual tourist itineraries to give me an escape. Tourists coming to Italy primarily hit the Big Three (Rome, Florence, Venice), Cinque Terre, and Amalfi Coast. I still haven’t been to Cinque Terre, but it will have to wait. Assisi isn’t on that list, but it is a popular site for pilgrims, as today’s visit can attest. 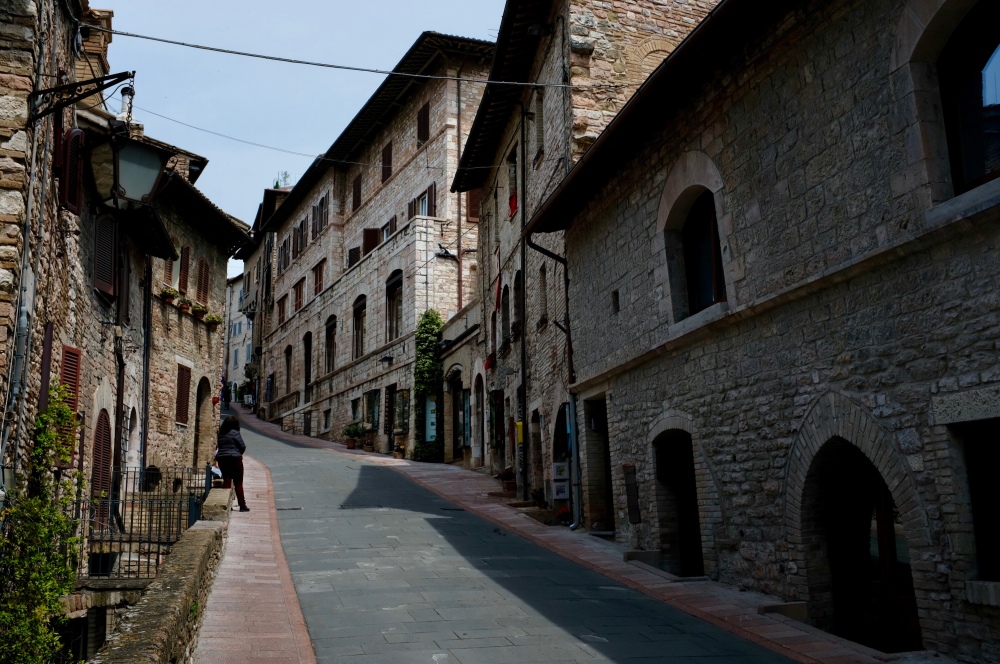 The train from Perugia dropped me off in Assisi this morning and I took the next bus to town. The bus stop sits below the cathedral at the far northwestern end of the city, so I climbed out and began climbing up. There really is one destination here, and two currents of visitors move in relation to it, one toward and one away.

The Basilica of St. Francis is divided into two churches, an upper and a lower church. The few photos that I have are from the lower church, which was probably a very intimate and contemplative place before the advent of electric light. If I’d have known my photos would be contraband I would have been much more discrete, and taken more.

The frescoes down here are astonishing, with many works that I have seen over my lifetime. You’ll have to take my word for it.

Upstairs, a massive series by Giotto depicting the life of Saint Francis is breathtaking. They are from the era leading up to the Renaissance and they are well worth the visit. Trust me. 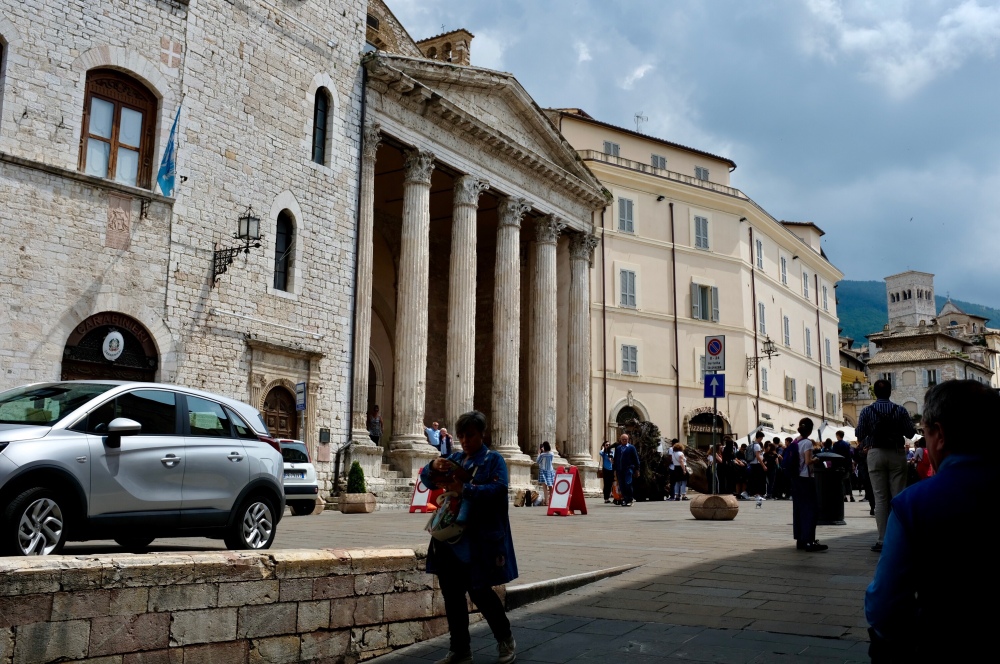 Outside the cathedral, I headed southeast, toward the Piazza del Comune. Assisi isn’t as old as Perugia, but still has this ancient Roman temple to Minerva. Ancient history finds me even when I don’t seek it out, it seems. Inside it is finished in the Baroque style and it is abhorrent. If you come here, please don’t go in.

My course eventually led me past the Duomo, and high into the hills above town to the Rocca Maggiore, or Major Fortress.

From here I had a spectacular view of the surrounding countryside. And it was here when I first felt the tiniest drops of rain falling.

I headed back into town, where I stopped periodically to seek shelter first in the Duomo, then a gelateria, and finally in the Roman Forum, which sits below the Piazza Communale. The Duomo was fine, the gelato was delicious, and the Forum was … well it was shelter. It was boring, even for me, and I wouldn’t recommend it. 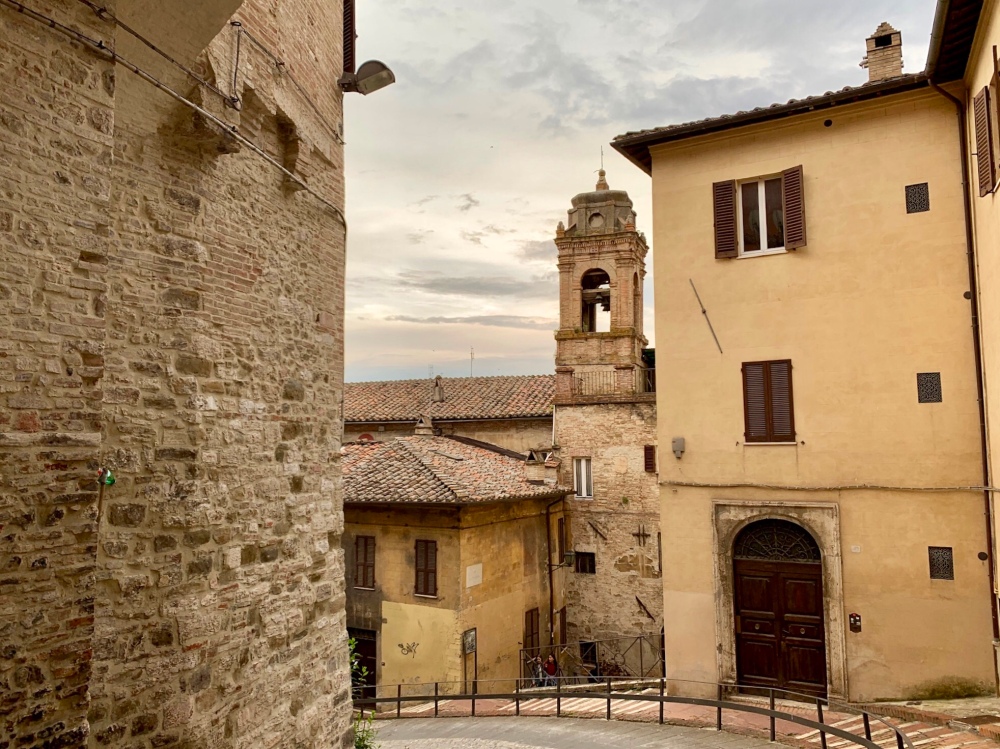 Mostly I did these things trying to wait out the rain. Eventually, I gave up and headed down to the bus stop, the first step in my journey back to Perugia. I had come to Assisi today because it is supposed to rain the next two days even more than it did today. I’m glad I came, but wish I’d had more time to explore. Still, Assisi is a small town, and for most of us it doesn’t need more than a day. Far from being off of the beaten path, it is the beaten path. Having given it its due, I’m happy to move on, taking some beautiful memories and a scant few forbidden photos with me.