I checked out of my Haarlem hotel, stepping with my backpack into the brisk Dutch morning and eschewing the generic breakfast.

Today was a Sunday and as I wended my way down the gold-illumined streets, I quickly found there was little open. Perhaps I shouldn’t have been so confident.

Still, after some meandering I found myself in an eclectic cafe eating a breakfast of avocado bagel with cappuccino, the latter being an essential point. Two seats to my left, a lone father ate his own breakfast while his son played boisterously underneath the table, mostly ignoring his own morning meal. 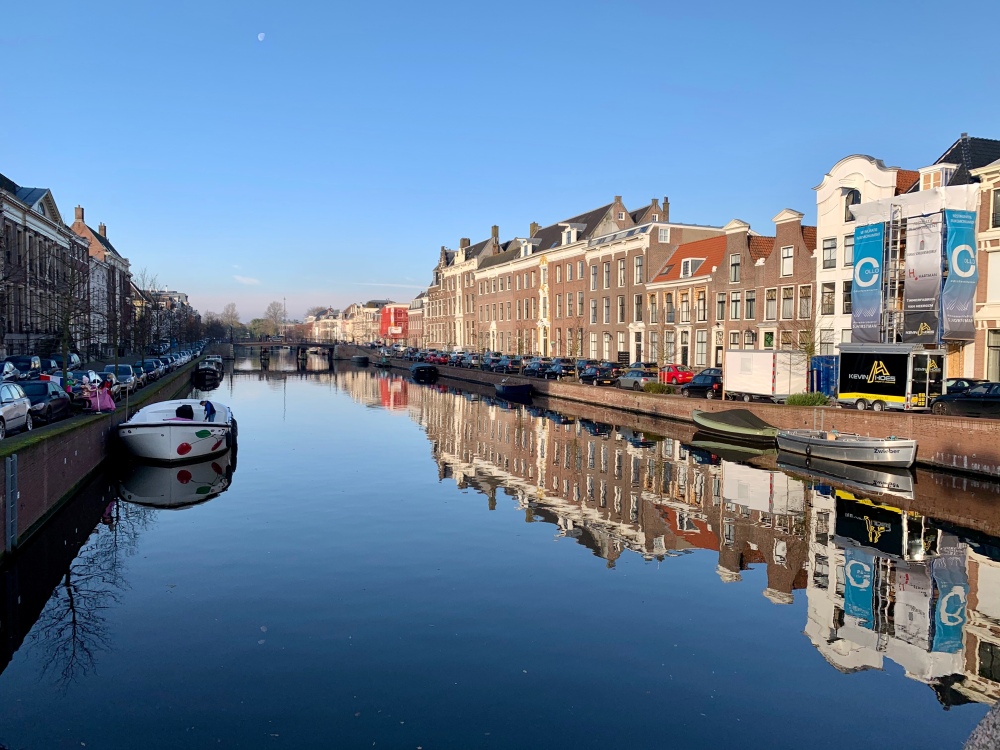 In the back of my mind, I knew that an invisible clock was ticking with its own agenda, and a flight to bear me home, so I finished my meal And headed out into the misty forenoon, the sun shining from some unspecified location to the southeast. I had no plans, deciding instead to trace the course of the canal that lay between me and the train station.

At the end of the canal, where it intersected with greater waterways, there stood a windmill, a traditional anachronism, likely preserved for us tourists. I suspect there may have been tours but I settled for a few photos before finally aiming myself at the train station. 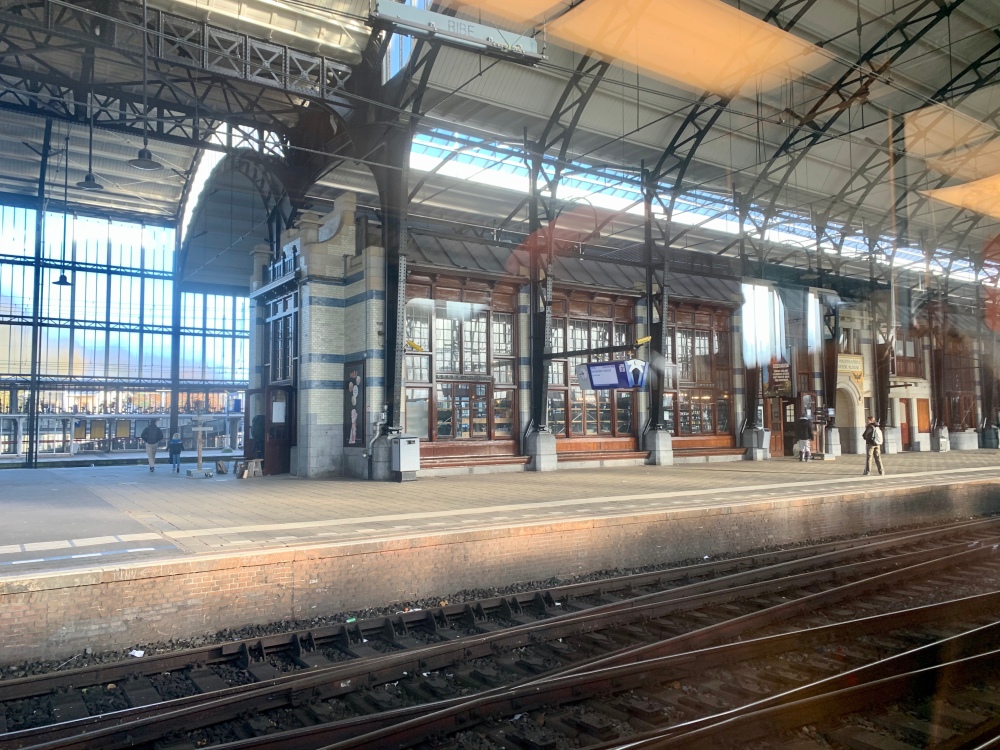 There, massive steel cars carried me back to the airport where I checked in for my flight. After that, following Dan’s recommendation I sought out a restaurant, only to find it occupied by a lone caretaker vacuuming the ceiling.

Lunch having been a bust, I passed through security and eventually boarded my flight where I passed the hours alternately reading and dozing.

Back in Detroit I was disassembled by customs. I guess they find it suspicious to see a single male traveler leaving an international flight with just a small backpack.

But that’s all I needed for this trip of just more than one day. And this trip, as short as it was, turned out to have been something I desperately needed, even if I didn’t fully understand it until I boarded my flight from Detroit to Schiphol two days ago.

Butterblogger is home again, but the days move swiftly now. And somewhere in the near future he will return for his next big adventure.