Well I made it to Sydney. The flight was long (14 hours) but smooth and we arrived on time. First thing on arrival I went through immigration and quarantine. 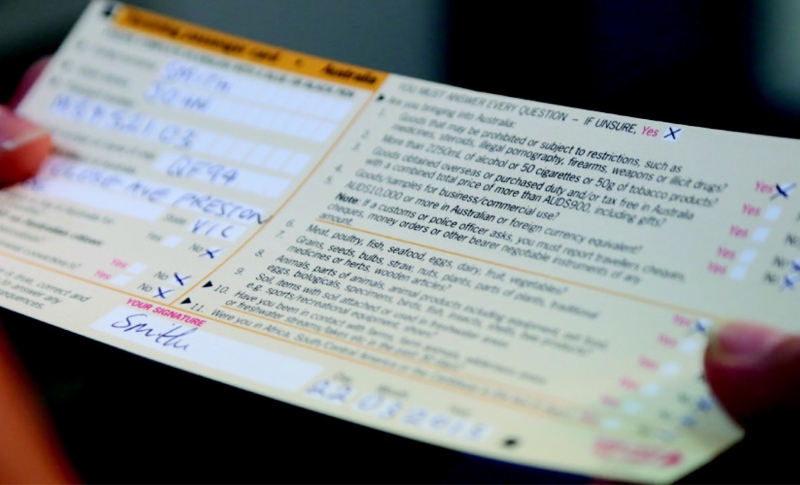 This created a little bit of anxiety for me, because on the plane we had to complete the customs declaration card, and these cards are written so that you always want to mark “no.” You never want to have to declare anything. My problem was the 10th question: “Have you been in contact with farms, farm animals, wilderness areas, or freshwater streams, lakes, etc in the last 30 days?”

Remember when I mentioned that I got scuba certification just before traveling? It was one week ago – in freshwater. And I have my freshwater-used scuba equipment with me. In my neruotic, over-analyzing mind I imagined them confiscating it as a potential means of introducing an invasive species. The equipment is clean and dry, and I have no intention of going anywhere near any large bodies of freshwater during this trip, but that doesn’t necessarily mean anything to an agricultural agent, and I have heard that Australians are very protective. I considered whether to lie, but I really can’t do it – too much Catholic guilt.

So I marked “yes” and hoped for the best. As expected I was directed to a special line for those who are potentially dangerous. The agent looked at the question and asked me, “are your shoes clean?” I responded that, indeed, they were, and he waved me through. I tried not to raise my eyebrows and instead moved along, relieved, ready to get into the city.

In the city, D had arrived on time, yesterday, and was already at the hotel. This was the view from our room when I arrived at 745 am.

We first went out into the drizzling Sydney morning in search of breakfast. For me this was a second breakfast, as I had eaten on the plane. But when I’m tired I drop into hobbit mode. I also plied myself with espresso, for while I had slept on the plane, I had done so fitfully. 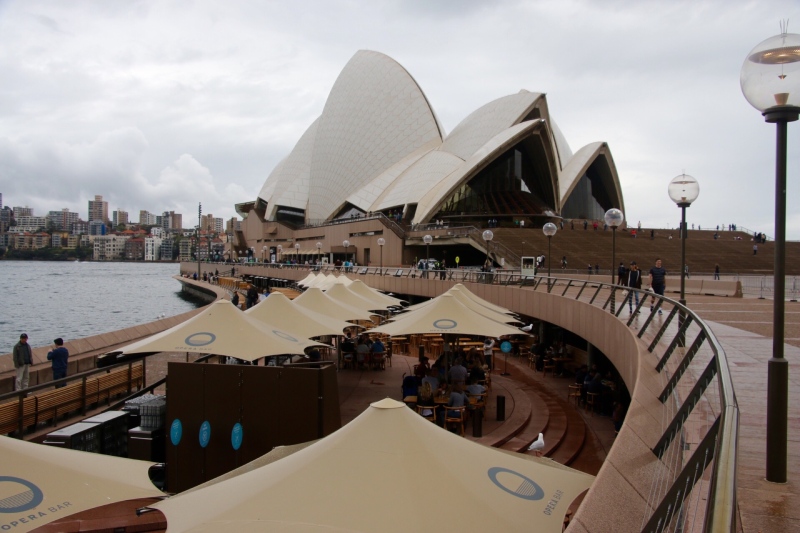 Sated, and with the rain abating, we headed toward the Sydney Opera House.

I know you’ve seen pictures of this iconic building, but until I saw it in person, I really couldn’t appreciate it. It’s a dynamic structure, shifting and changing at all angles. It is vibrant, standing proudlyaside some of the other great architecture I have seen.

It is supposed to be a sailboat, and the sails really do look like sails catching the wind, with the porcelain tiles of the roof laid out in a pattern that evokes the reinforcing stitching found on real sails. Behind her, she carries the city forward 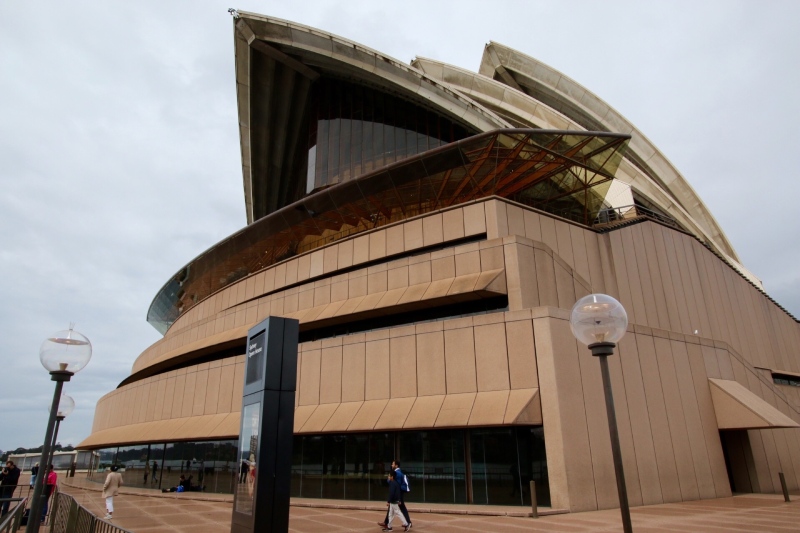 Overlooking the harbor, on the face opposite the sity, she has the wheelhouse of a cruise ship. 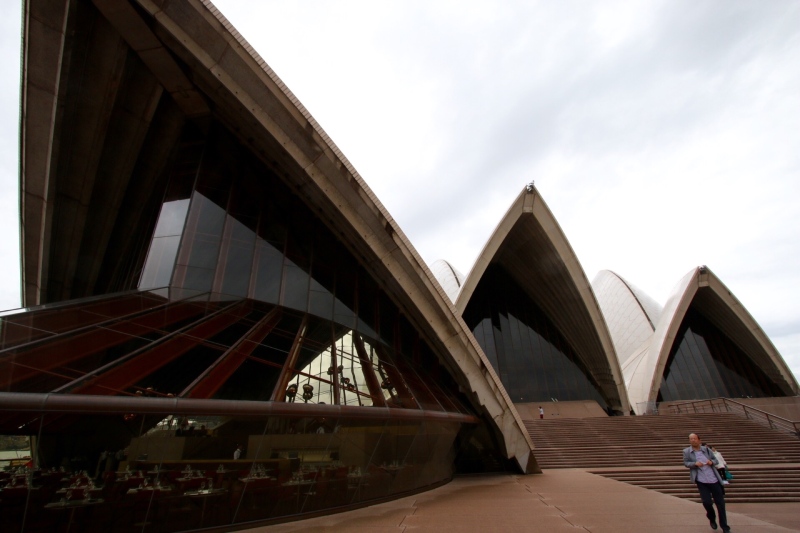 We went briefly inside, but they had shut down tours for the day. We will have to come back another time for that. 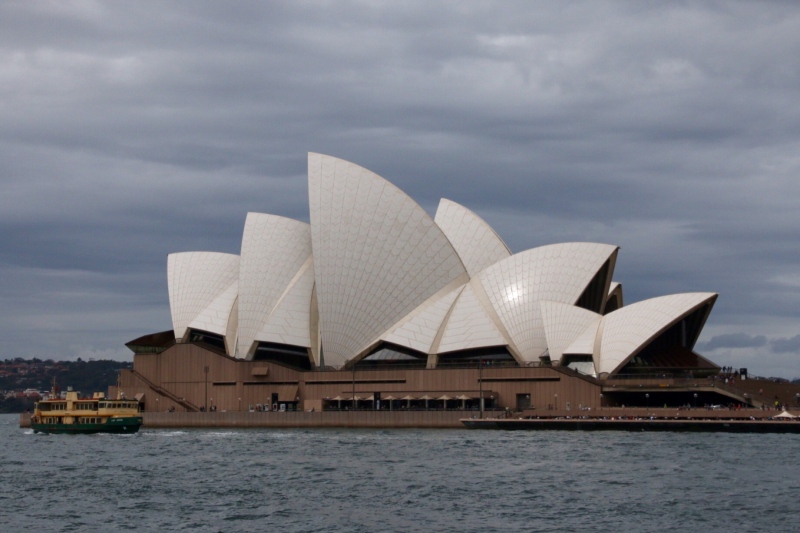 Walking away, the sun came out, shining off of the sails of the opera house. She is magnificent. 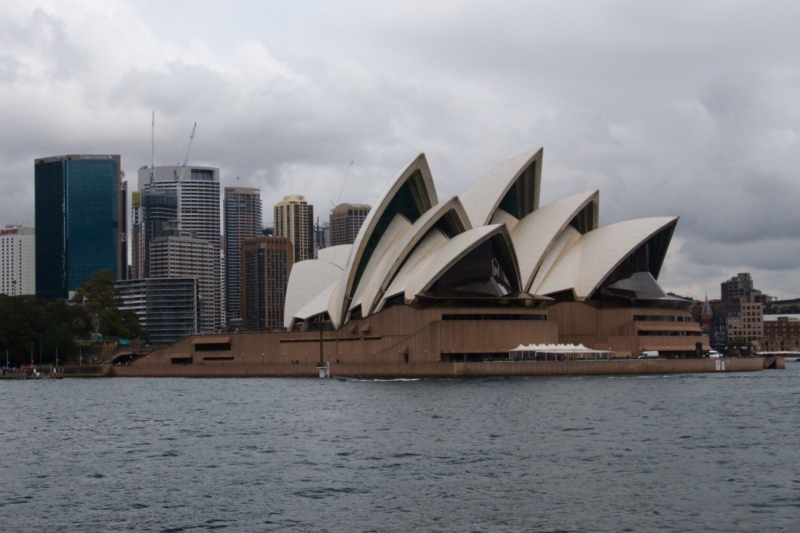 In the end, like great sculpture, this is a building who must be experienced from all angles. There is no single point of view from which you can see the entire thing. The best you can do is see most of it, from a distance.

After the opera house we went to the Taronga Zoo because I wanted to see some Australian animals. Unfortunately the platypus was asleep and they wouldn’t wake her for me. Similarly, the Tasmanian devil wasn’t spinning. Still there were some locals to see. 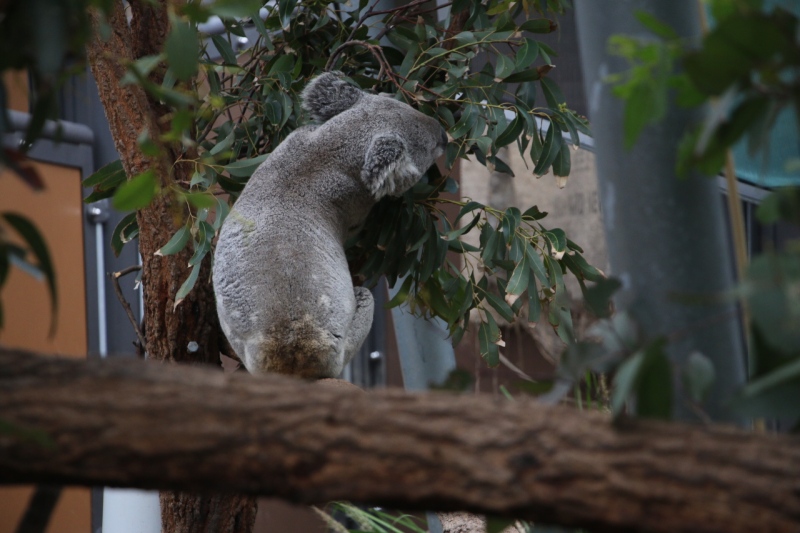 LIke this koala, who absolutely refused to pose for me. 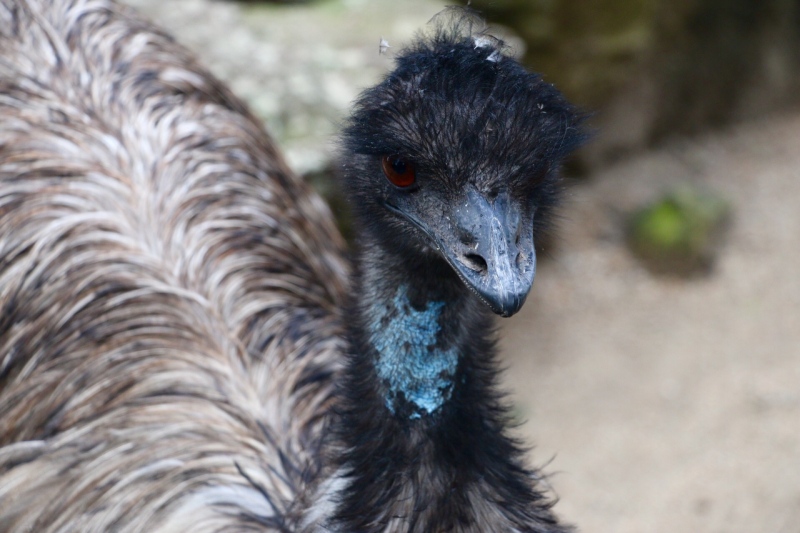 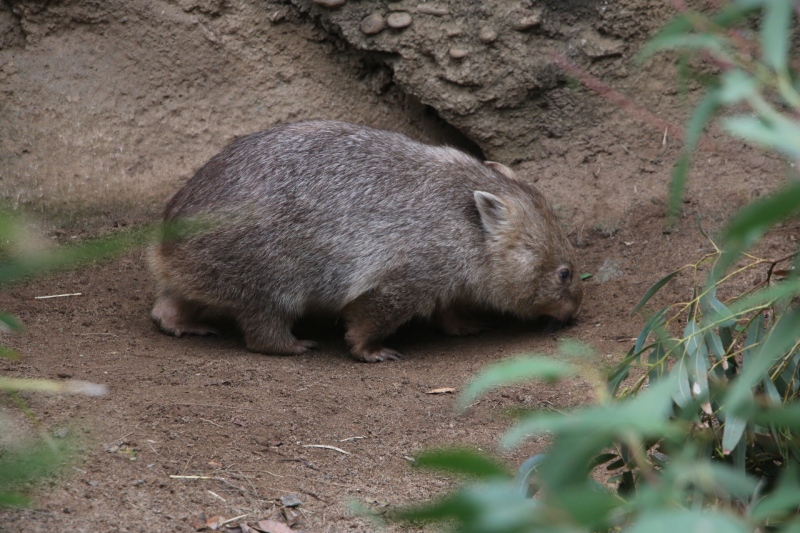 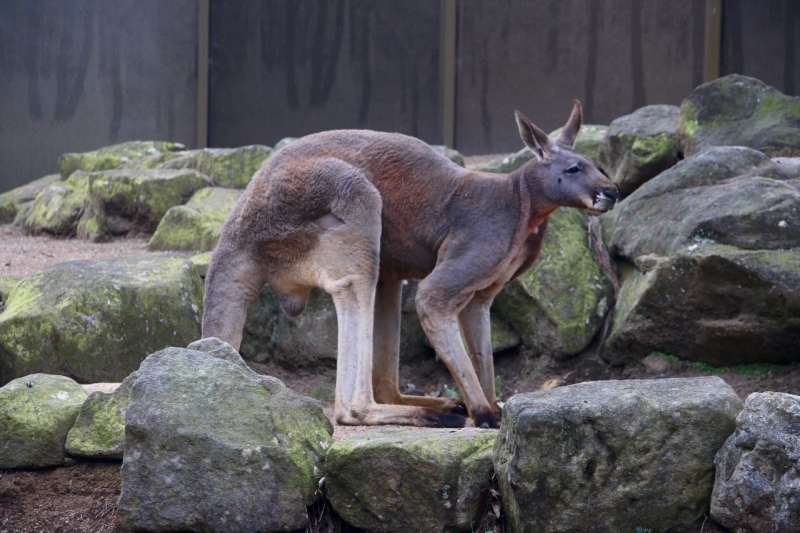 This grey kangaroo really has an impressively strong-looking tail.

The afternoon was drawing long, and we were exhausted, the jet lag catching up with us at last, so we found our way back to the hotel and eventually dinner. When, at the end our our long day, we finally we returned to our room, the opera house greeted us, glowing proudly in the harbor below, and bid us a good night.