Time to dive. We met at 730 for our orientation and took a bus to the dock where we boarded the boat. The boat is designed for 42 divers, with 2 dive masters. There are 8 of us here today, so we aren’t overcrowded. Apparently that is sometimes a real problem.

We motored out to our first dive site: “Wall Street.” The dive masters asked if there were any New Yorkers here, so I claimed the city as my own. L gave me a strange look, so I had to explain that I do this when I travel. In any case, this is called Wall Street because this was a wall dive.

I will admit to some trepidation on this first dive. It has been a while, and I have new equipment. I made a best guess that 12 lbs of weight would do and jumped in. I deflated my BC (buoyancy compensator) and descended into the depths. I’d like to describe them as “murky depths” but they weren’t murky. They were crystal clear.

Below me through the blue water, the reef came into focus.

I was buddied up with L and followed along with him. 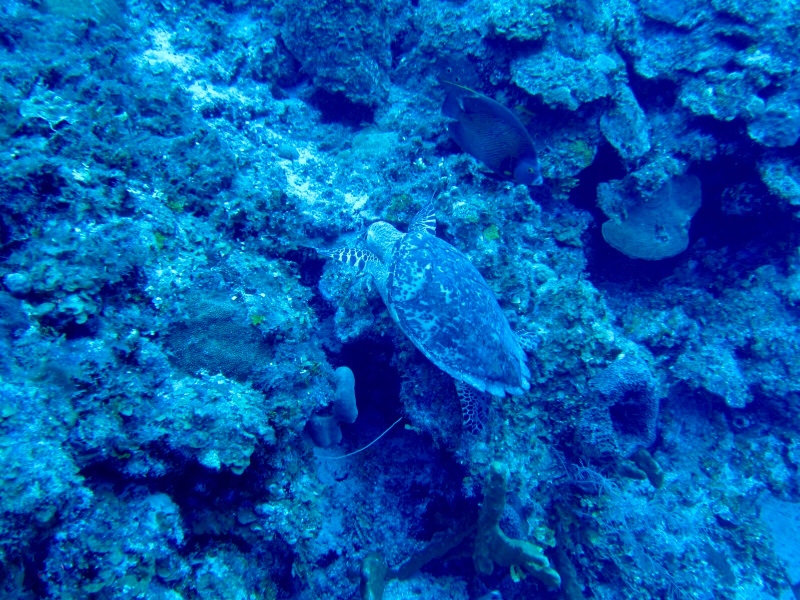 We found this turtle munching on some sponges.

Here are some other images from the dive.

By the end of the dive, having emptied most of my tank, I was having difficulty with buoyancy and staying down. I eventually got L’s attention and ascended to the boat.

We all assembled on the boat and after a roll call and some cookies were were on our way to the second dive site. One of the other divers, K, approached me and suggested a couple extra pounds would help. I had reached a similar conclusion and was glad for the concurring opinion.

The next site, Mitch Miller, was shallower than the first, with a maximum depth of 60 feet. My dive computer didn’t seem as annoyed with me on this dive, although I went longer. 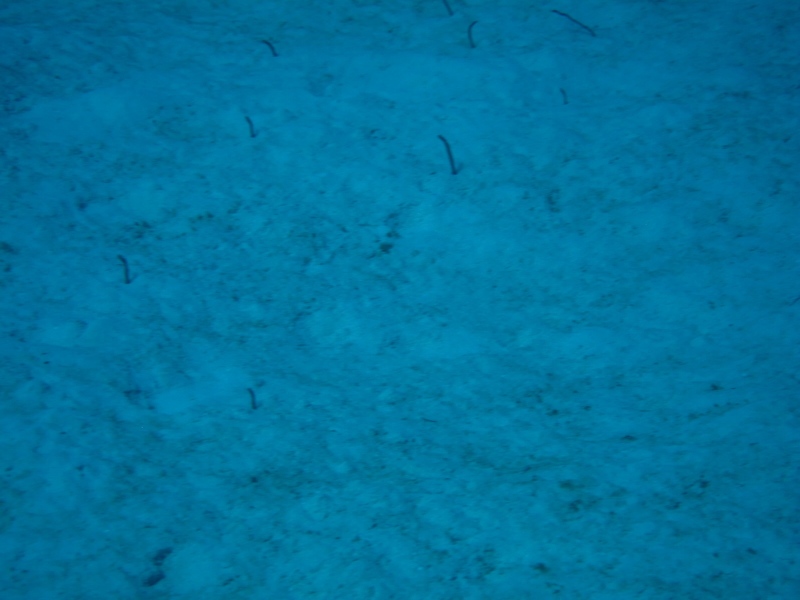 These garden eels are very cool. Also very skittish. As you get close to them they disappear.

We saw a nurse shark this dive. Of course, the picture is blurry, so there’s bizarre sponge instead. I love sponges. And corals.

We returned to the resort for lunch before heading out for our afternoon dive. Only L and I were going on this dive. The dive masters took us out to the site known as “Wild Hammer.” I don’t know why it’s called that, but it is. 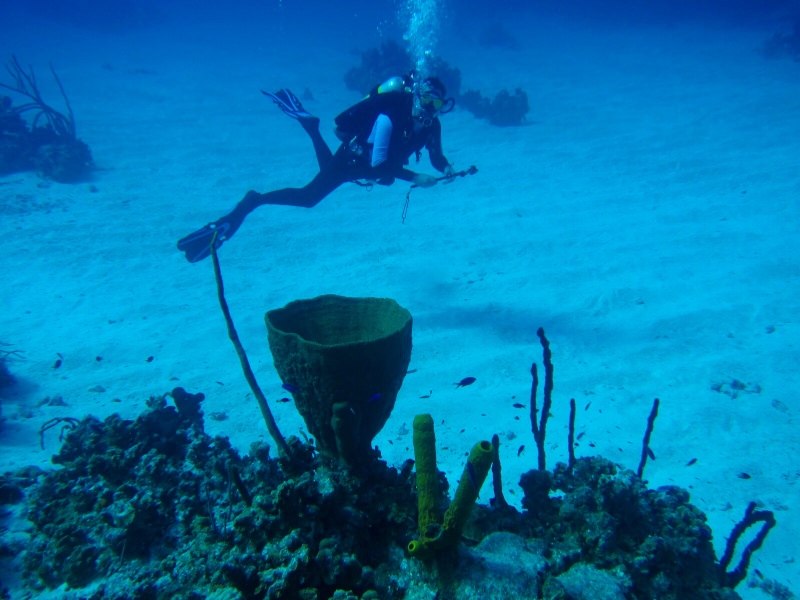 This is a photo I took while we were descending.

This spiny lobster greeted us 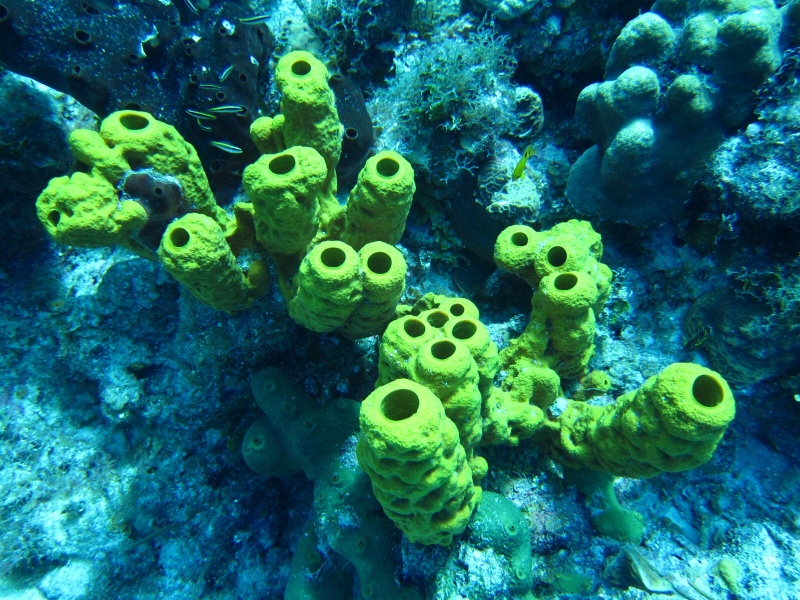 After the dive, I was retaining a fair amount of nitrogen. I think I should switch to nitrox, so back at the resort I stopped in the dive shop, where I collected the materials. Tomorrow afternoon I’ll do the course, and then I’ll be set.